Marvel and Fortnite team together yet again this summer, with FORTNITE X MARVEL: ZERO WAR #1 debuting in June. As reported in Marvel’s press release, this upcoming mini-series features some of Marvel’s favorite superheroes including Spider-Man, Wolverine, Iron Man, and Shuri. The comic’s story follows an indigenous people on an Island who are seemingly trapped in a never-ending secret war. With only one item able to end the war: a crystallized fragment of the Zero Point that was cast into the Marvel Universe. As such, this issue sees Spider-Man and Wolverine team up with Shuri and several fan-favorites from Fortnite to hunt down the elusive Zero Shard. Can the heroes of Marvel and Fortnite’s realities hold off the Imagined Order long enough to give them a fighting chance?

“At its heart, the series is an adventure story, with characters from both universes coming together to go on a treasure hunt into the deepest, darkest depths of the Marvel Universe,” says Marvel Comics editor Alanna Smith, about working on FORTNITE X MARVEL: ZERO WAR. She continues, “Donald Mustard and Christos Gage have such a deep love for both Fortnite and Marvel, and Sergio Davíla is turning in some absolutely unreal pages. Having the amazing Leinil Francis Yu on main covers and a killer lineup of Marvel artists on variants has been a real gift as well. This is going to be the ultimate team-up, where the best of both Fortnite and Marvel are represented.”

Fans who have already signed up for Marvel’s premier digital comics subscription service, Marvel Unlimited, get to unlock a code for an additional cosmetic in Fortnite! The five issues of FORTNITE X MARVEL: ZERO WAR will be available on the app at the release of the final issue in stores. FORTNITE X MARVEL: ZERO WAR will run starting in June and will be available and translated globally. Readers that purchase the first printings of the book in-store will receive the cosmetic items for free in Fortnite (and be the first to receive them!).

One week after each book’s release, the cosmetics will be available in Fortnite’s in-game Item Shop. 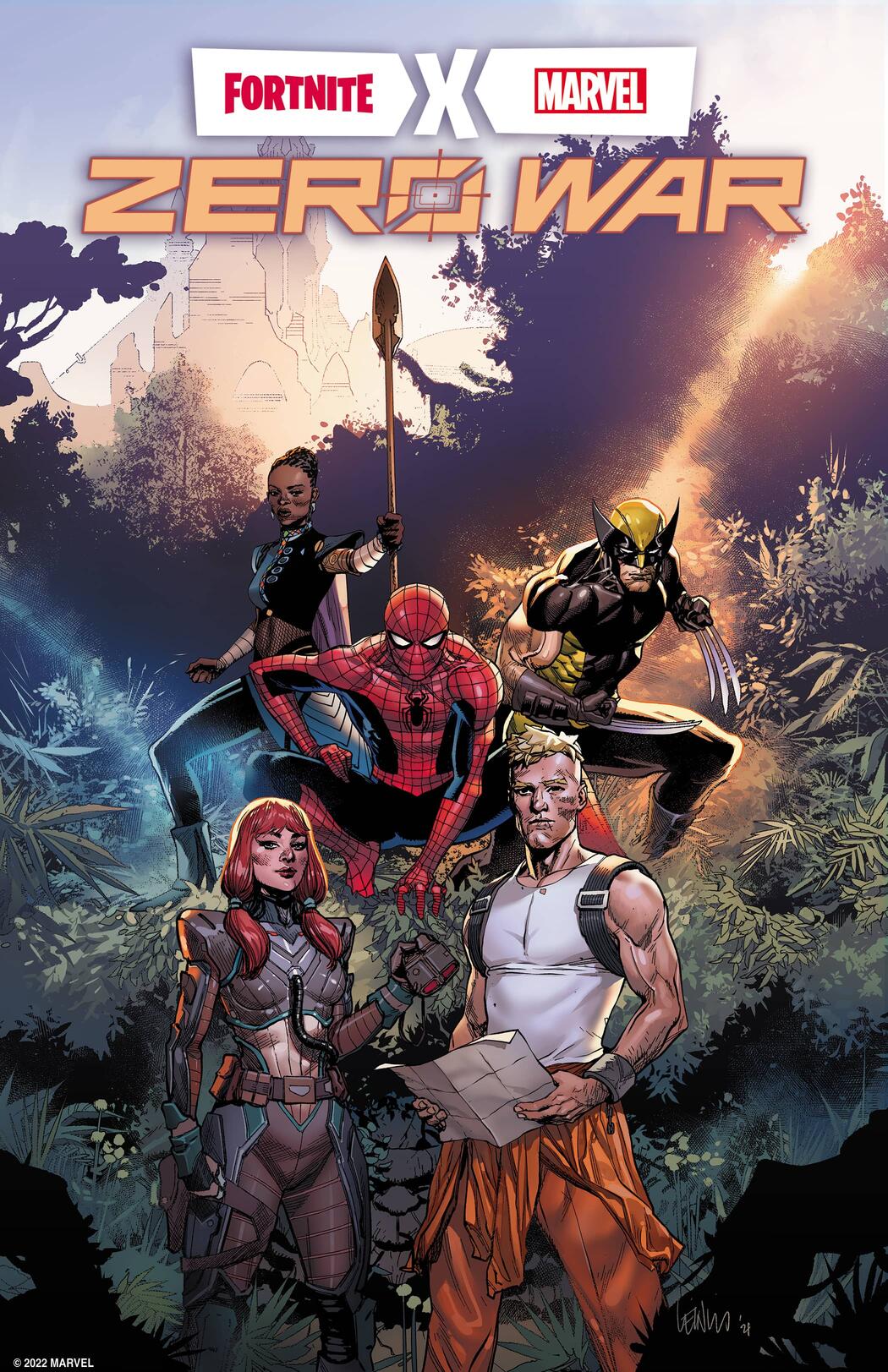