Empire: “The Devils Are Here” Review

Beyond the record-shattering numbers and cultural zeitgeist, the anticipation for Empire has reached a fever pitch. Since the 6 months that the show has been off the air, its infallible cast has toured the world performing “Drip Drop” for all ages, taken over the Billboard charts and covered pretty much every magazine known to man. But the foundation remains in the story and the characters of this hip-hop soap opera and creator Lee Daniels ensures within the first episode, that we do not be remiss in remembering that.

As sensational and over-the-top as the anticipation has been in regards to the show and the multitude of guest stars (from Pitbull to Don Lemon to Becky G, it started to feel like me, you, your momma and your cousin too were all going to be on Season 2), the premiere’s primary strength is in linking audiences within the family. The dynamic of each character has evolved since we last left off with the Lyons.

Cookie Lyon, the fan favorite, played by the now-Emmy nominated Taraji P. Henson, is still a ball of fire, lifting every barrier placed her way with the force of a thousand men. But she’s now having to prove herself as a businesswoman. Her objective this season is starting her own ’empire.’ Thrust out of Empire Records due to her disloyalty to Lucious (Terrence Howard), Cookie snatches up her baby cubs Andre (Trai Byers) and Hakeem (Bryshere Y. Gray) along with guest-star Marisa Tomei, a cut-throat power executive who happens to be a lesbian, and Anika (Grace Gealey) aka Boo Boo Kitty to craft a new record-label. 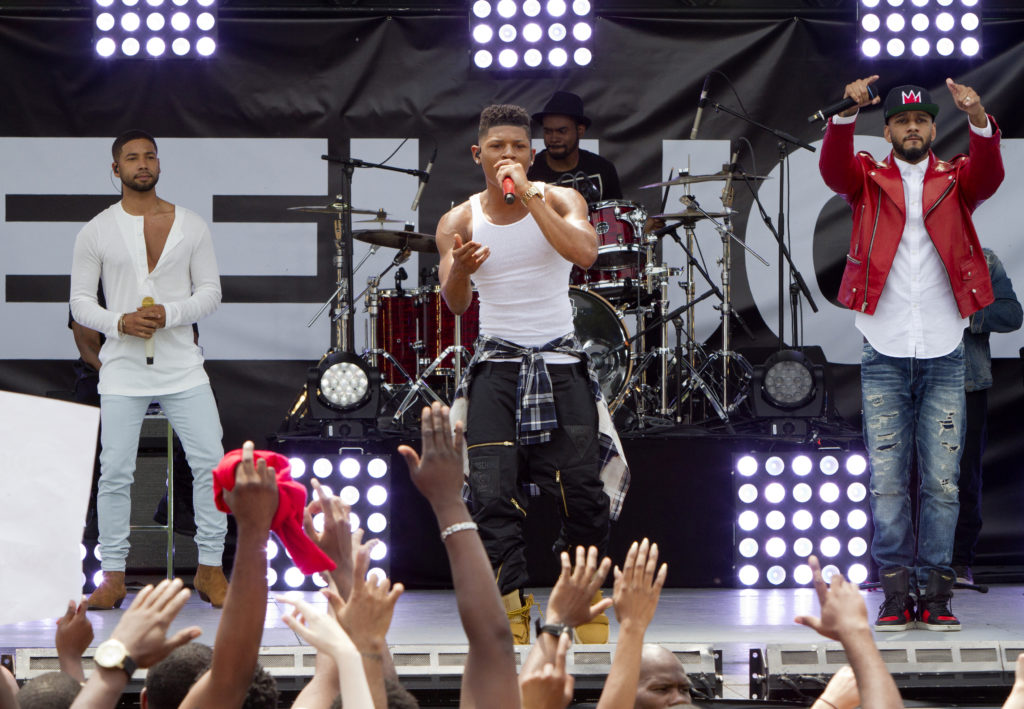 The focal point of character development is on the brothers, however. Hakeem has become less of a vermin, using the frustration of being treated second to his Jamal (Jussie Smollett) as fuel to ignite a fire that does away with “Drip, Drop” in favor of harder, edgier, more aggressive material. His first name is Hakeem, Mr. Lyon, if you nasty. Jamal, once the messiah-like hero to the point of nausea, has taken over the throne of Empire and just like wearing the shoes of someone from the past, he takes on all of Lucious’s most devilish traits. At times, he finds himself in conflict between who he wants to be as an artist and a man and who he feels he has to be to succeed in an industry, he once had no parts of. Smollett’s acting strength is in attempting to mask his vulnerability while carrying it completely on his face. There’s a rocky battle internally that may leave fans questioning his motives.

Andre, however, remains one of the most interesting characters within the soap. His struggle to still support his father while also understanding that he is no longer Numero Uno in Lucious’s eyes, leaves him on a lost track and although his brothers’ relationship with Cookie is more developed, watching Andre interacting with Cookie creates a sense of distance, though through personal family gains, a positive relationship is foreshadowed.

Much of the premiere deals heavily with Lucious himself, now in prison for killing his friend, Bunkee. While the drama of prison is fully-realized and an efficient move to have us all waiting in our seats, unless this show steers into Orange Is The New Black territory, audiences are aware that Lucious won’t be held behind bars for that long. After a brawl that leaves Chris Rock‘s guest starring role as Cookie and Lucious’s old drug kingpin, Frank Gathers dead, Lucious wastes no time getting back to work controlling those he calls family like pawns in a deadly chess game. 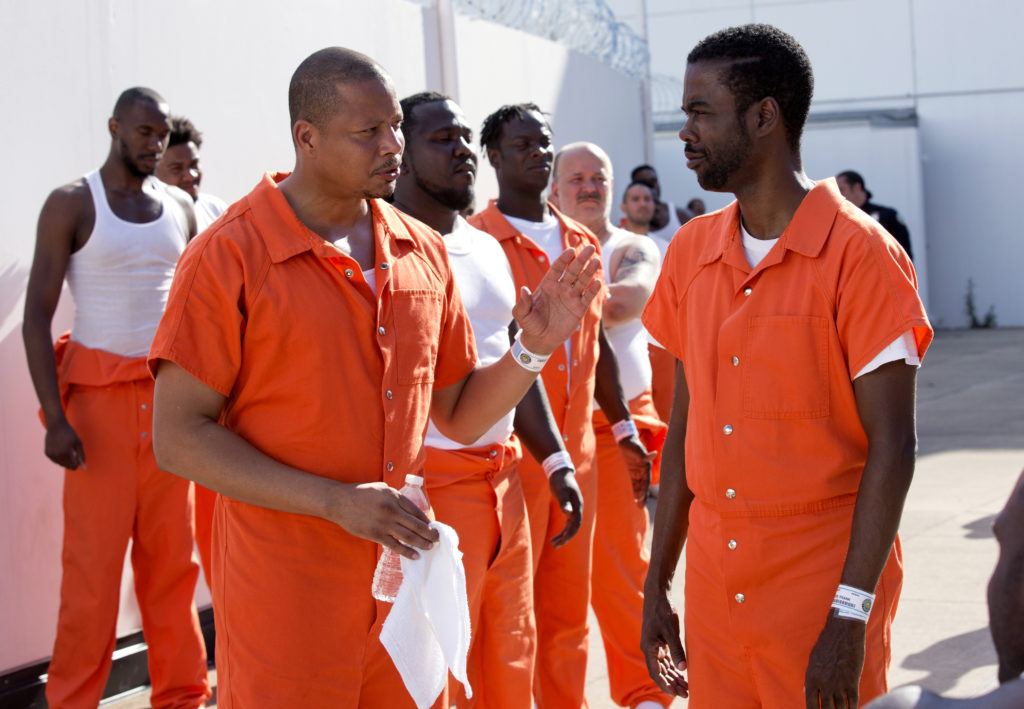 These ‘pawns’ are now more at odds than ever and less of a united front than last season, leaving potential for tremendous character growth as individuals. While the Daniels-trademarked tactics are still there (Why is Cookie arriving on stage at the Free Lucious concert dressed as an ape?), things feel a bit more smoother this time around. Screen time is devoted to each and every main character and everyone has a motivation that seems to threaten our expectations. The music is louder and more-fitting as well, and with Timbaland being joined by Ne-Yo this season, we’re sure the hits will just keep on rolling.

The biggest injustice entailed in the new season of Empire is Lucious himself. For while Cookie is slowly becoming the star, Lucious still carries a major portion of the first episode and spends a considerable amount of time rapping – dreadfully. His story, yet to be unveiled, may coerce fans into being more understanding of the man behind Empire Records but as of now, that remains to be seen. “The Devils Are Here” presents a straight-forward return to the rowdy Lyon family with the flair and the drama we appreciate – and I hear no complaints.

@theworkprint
Follow
Previous article
‘Scream’ season finale: The killer is revealed…
Next article
‘Scream Queens’ Reaction: I Got 99 Problems and Bitches are Basically All of Them