After a hell of a cliffhanger, everyone’s favorite hip-hopera, Empire has returned to give us all constant heart-attacks once again. One of the constants that keeps me from not slamming my head with the remote every time Jamal sings, Lucious schemes or Hakeem raps is of course, Cookie. While this wasn’t a Cookie-centric episode, it certainly was great to see her shine and sass once again. She’s the glue that holds the family together or at least attempts to and judging from Season 3’s premiere, “Light In Darkness,” she’s needed more than ever.

We left off with Anika and Lucious jumping the broom, despite the appropiately-nicknamed, Boo Boo Kitty (just learning this originated from the classic Laverne & Shirley’s stuffed feline), carrying Lucious’s grandchild, Hakeem’s first born. Clearly, a decision made solely for the benefit of Lucious and his impending court case rather than love, Anika is now officially a member of the family and has moved into the mansion. Not a wise decision seeing as though Lucious’s crazy ass mother, who probably killed somebody back in the day.

But the big bang (literally) was us discovering who would die in the fight between Rhonda and Anika. As much as I hoped Rhonda would hang on to the ledge and see another day, I guess all good things come to an end. Rhonda slammed right onto a car and just to confirm her death for everyone, blood slowly dripped from her lips, a brutal way for a loyal, positive character to die. This just adds to my theory that nobody who is actually good and a “hero” of sorts manages to have staying power on this series. 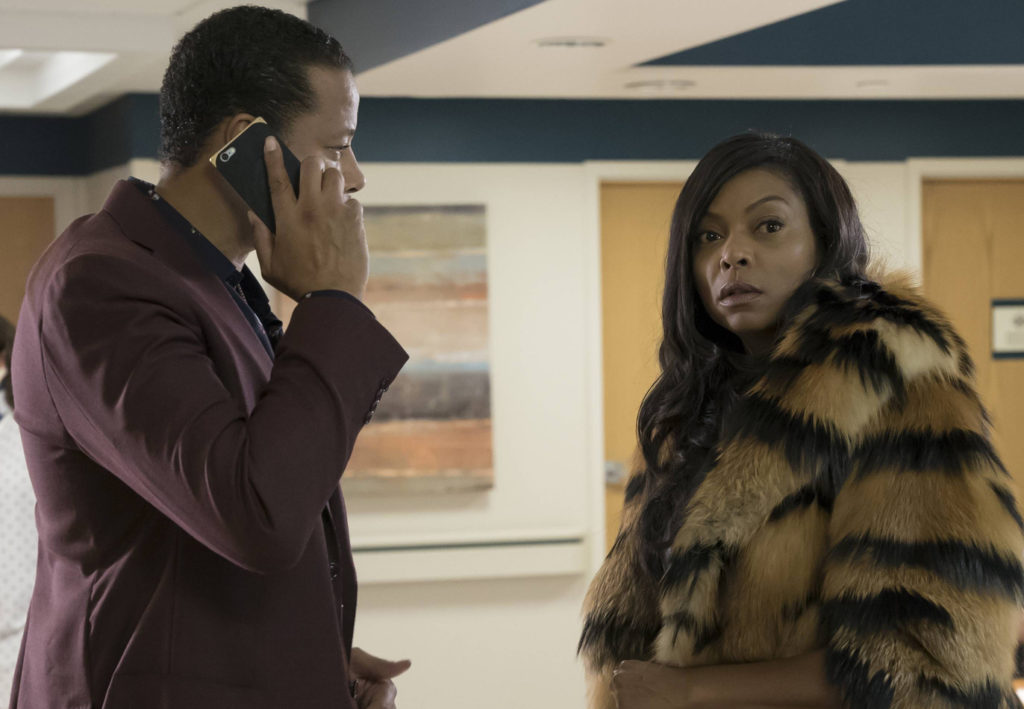 While Rhonda is totaling someone’s car with her dead body, her husband, Andre, has somehow managed to choke Boo Boo Kitty to the point where her water breaks. So in the first 10 minutes, we’re treated to not only a death but a birth. The baby’s name is Bella, by the way, and though Hakeem may be the father, Lucious being Lucious forces his way in, signing the birth certificate and telling Baby Lyon that until he proves himself to actually be a father.

For some strange reason, as protective of Anika as her parents were, they were absent from this episode and Bella’s birth. Very odd.

This premiere featured enough celebrity cameos to make your head spin. Xzibit, Birdman and French Montana all participate in adding a little fear and competition in Lucious’s heart. Xzibit, who I honestly haven’t seen since Pimp My Ride, continues his stint as Shyne, an Empire rival, attempting to push his new artist, Nessa (played by Daddy’s Little Girls actress, Sierra McClain) onto Empire. Unfortunately, Lucious is hard of hearing and refuses to acknowledge Nessa as a legitimate artist much to the dissatisfaction of Shyne. During this whole dramatic scene that concludes with a producer being slammed with a keyboard, Hakeem and Shyne seem to be developing a close relationship that may signal another split in the family dynamic. 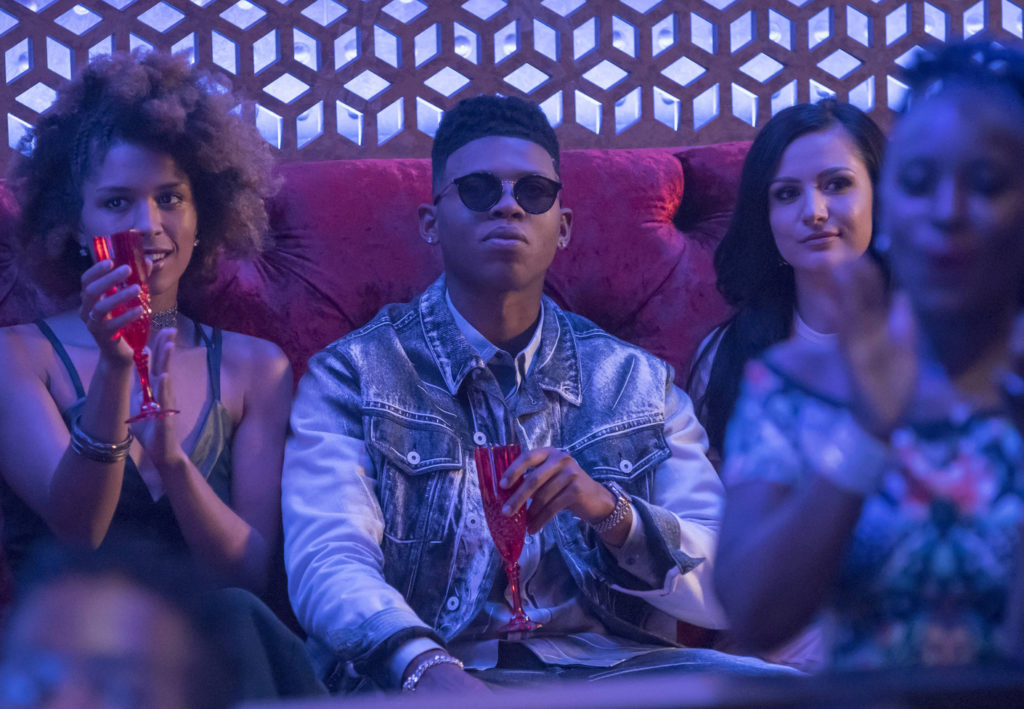 During this whole time of Hakeem pouting, Cookie and Lucious trying to operate in a space of business and not love, Jamal rebelling from the Empire X streaming app launch agenda, Andre is on his last leg. I’d be remiss to say that not only has he lost a wife now but his child from last season and with everyone so focused on their own drama, it’s sad nobody seems to be really concerned with what may happen to Andre.

We’re treated to a return of Cookie’s sisters who managed to re-introduce Tariq’s character who probably delivered the most honest drag of the entire series, followed by a classic Cookie retort: “You want a to-go plate?”

Our favorite goat (and I don’t mean Greatest of All Time), Jamal managed to keep a low profile until the climax. His decision to sing a political song turned out to somehow trigger a panic attack due to a memory of Freda shooting him last season (because of all times, why not now), which leads to Nessa getting her chance to shine and Lucious, a shot at losing.

By the conclusion, Rhonda is back in ghost-form to haunt and guilt Andre, because you know the good on Empire get punished, Lucious is grooming his newborn grandchild/step-daughter, Cookie is finally gaining some common sense and I’m so exhausted by the amount of chaos and drama happening in the last hour that I wanted Xzibit to hit me with a keyboard too. I guess all in all that makes for an awesome season premiere.

Previous article
‘Pitch’ Review: I’ve Been Ready for This My Whole Life
Next article
‘How To Get Away With Murder’ Review: “We’re Good People Now”