‘Dark Matter’ Has A Bit Of A Female Problem

If you’ve read my posts or listened to Workprint’s podcast, you know that I’m a fan of Dark Matter. Along with Killjoys, Dark Matter has filled that gaping sci-fi hole in my nerdy heart this summer and boy, am I glad about it. I’m also all about girl power in TV, movies, video games, comic books, everything–vagina loyalty, you know–so it comes as no surprise that I latched onto the female characters of Dark Matter with reckless abandon. The Android was lovable and naive, Two was empowered and took no shit, and Five….Five was my boo, favorite among them all. 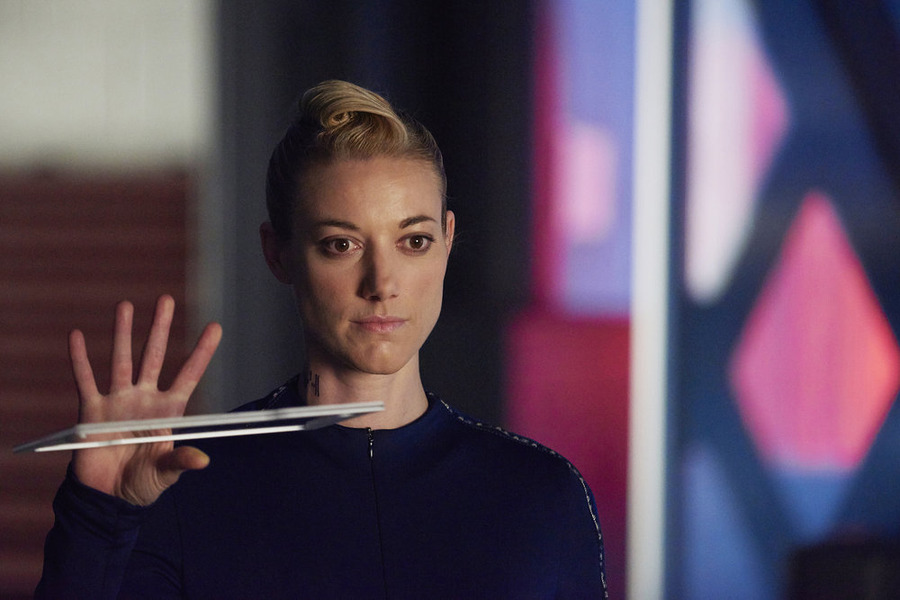 However, I have issues regarding Dark Matter’s female characters in the final episodes, “Episode 12” and “Episode 13.” Thankfully, Five is safe from my judgment because she’s been pretty consistent throughout the first season. I like her quirky attitude, her face off with Two, her intelligence and loyalty. I do wish her back story had been given more screen time, especially with Four getting nearly two episodes to himself, but I can live with such an oversight. However, after the final two episodes of the season, Android and Two are on notice.

Let’s start with the Android. For much of the season, I thought the Android was a fantastic character, a computer navigating emotions, at an impasse between programming and humanity. Her main plot has been an ongoing struggle to understand her changes, even going so far as to create what is essentially a Quality Assurance version of herself. Even as an anthropomorphic representation of the Raza, it’s this inner turmoil that makes the Android a more complicated, fascinating character. And yet, that struggle came to a screeching halt in the show’s finale, shooed away like a bug. Maybe more will come of the story in the show’s second season, but it felt so anticlimactic for QA Android to disappear so suddenly that I could only be disappointed that the Android was treated as such, especially since the Android has spent more time “off” this season than “on.” 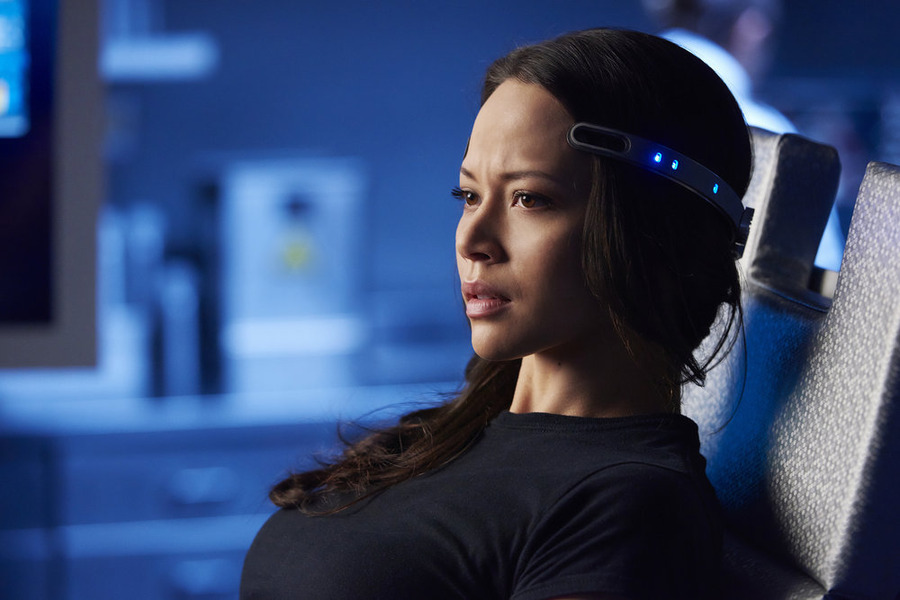 And then there’s Two. When Two first came barreling onto the scene, all power and confidence, I wanted big things for her. She was the Raza’s natural leader, taking charge and kicking ass. I was impressed with her handling of the mining colony situation, but since episode two, she’s been a piece of meat for One and Three to fight over. Decisions were made by one of the two men and Two seemed to go along with whatever plan was made. She kind of made up for that behavior in “Episode Eleven” when she and Five took back the Raza. However, things took a dive with learning that she was organically made by Wil Wheaton’s Alexander Rook for, presumably, nefarious purposes.

I don’t take issue with the fact that both “created” humans on the Raza are female. But it does bother me that without their nanites, both of them are nothing, unable to defend themselves, especially against the likes of Rook. Two isn’t “strong” because of her character. She’s strong because a man-made her that way and when she gets to be too strong, he can snap his fingers and make her not so.

Again, much of this criticism is based on the fact that we don’t know where season two will take things for the Android and Two, but as it stands right now, I’m incredibly disappointed that the Android is a constant victim and Two looks to be following in those footsteps. Add on top of that the fact that One and Three still bicker over her affections, trying to play her against the other, when in reality, the Two I know would have told them to shut the hell up by now. Things aren’t looking so good for these two characters in the future, but I hope I’m wrong, Dark Matter.