Could The Nintendo NX Be The Best Console Ever Made?

Art is always subjective. Whether you are talking about a painting, an album, a film, or even a video game, it is said that beauty is in the eye of the beholder. If you were to poll 100 gamers and ask them what the best console of all time is, you would get varying answers. Some might say the NES, which defined what home console gaming would become. Some might say the GameBoy, for introducing the world to portable games. Some might say the Playstation, for ushering in the Disc era and changing the way that games would be delivered from that point on. Some might say the Xbox 360, which made online and HD gaming commonplace in the home console space. The point is, those views are all influenced by the people polled and their experience with each platform. So, what does it mean to say that the Nintendo NX could be the best console ever made? Let’s talk about it. 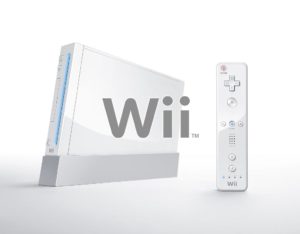 We will start with innovation. Nintendo has been innovative from day one in the video game space. Introducing the D Pad with NES, Shoulder Buttons with the SNES, Analog Stick with N64, Portable Gaming with the GameBoy, Dual Screen with the DS, Motion Controls with the Wii, and Off Screen Tablet Play with the Wii U. Oh, and by the way, before Virtual Reality was a common topic of conversation, the VirtualBoy happened. In fact, the only hardware release they’ve made with basically no innovation is the GameCube. Steve Jobs said, “Innovation distinguishes between a leader and a follower.” We can argue which innovations worked and which ones didn’t, but the fact is Nintendo has always been a house of new ideas and innovation.

The current rumors are that the Nintendo NX will be a Home AND Portable console, and if true, it appears that Nintendo will be innovating again. The great thing about Nintendo is that, even with rumors, you never really know what they have up their sleeve. When Iwata showed the vertical Wii Remote for the first time, it was hard to imagine just how innovative Wii Sports would be; and looking at a DS for the first time, you could never imagine how important a touchscreen would become to video games. It’s impossible to say what is going to make the NX innovate until you experience it, but there is no question that Nintendo will have that same magic in store.

Having a full platform that you can put in your bag and take with you has the potential to revolutionize video games. You’ve seen what Pokemon GO has done to world, now imagine a standard Pokemon MMORPG on the Nintendo NX where instead of connecting online, you connect by taking the console out in the world with you. Or imagine sitting in your favorite coffee house with Super Mario Maker 2 and passing the console around to friends. The NX is fertile for ideas that we haven’t even dreamt of yet. In direct relation to both Sony and Microsoft, their experiences are limited to the television, and because they are both competing for the same audience, innovation is sacrificed for inclusion. 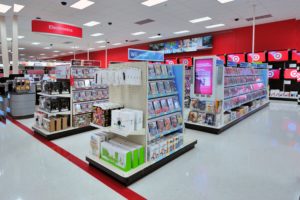 What might be the most important strategic decisions for the NX is price. Fans think they want a Nintendo system that is in direct competition with Sony and Microsoft. The problem here is the cost of a contemporary system would make the NX an expensive platform. Nintendo makes it’s money on software, but with a low install base, it’s impossible to make high profits on software (for further proof of this, please see the Nintendo Wii U.). The rumors are that the NX will be slightly less powerful than a PS4 or Xbox One. This allows Nintendo to focus more resources into the hardware itself. If the rumors do turn out to be true, the NX will have to have a screen for portable play and detachable controller(s). Let’s pretend for a moment that Nintendo wanted to make a Scorpio/Neo level NX that is also portable. Between the internal hardware, screen/controllers added, and battery needed to sustain the system, the price would be outrageous. By keeping the hardware capable, but reserved, Nintendo is able to control the cost and release a system that is sure to move units at a great price. I honestly don’t see the NX launching for more than $350, but my money is on a $299 launch day price. This is something that the Scorpio and Neo have no way to match. 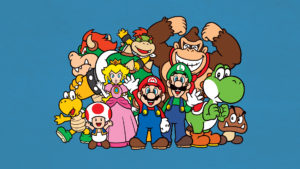 Let’s be honest for a moment, the reason that Nintendo is still relevant today has everything to do with it’s IPs. If it wasn’t for Mario, Link, Samus, and the like, the company probably wouldn’t have made it past the N64. There are people (myself included) that will own every console that Nintendo makes as long as there is a Mario and Zelda released. Outside of the core titles, Nintendo has also introduced us to Super Smash Bros., Mario Kart, Kirby, Pikmin, Donkey Kong, and Star Fox just to name a few. You would be hard pressed to find anyone playing games today over the age of 30 that doesn’t have a love and nostalgia for these classic franchises.

At the same time, kids today are falling in love with games like Super Mario Maker and Splatoon. Notice that I haven’t even mentioned Pokemon yet. If Nintendo just came out and said that the only game that will ever be released on the NX is The Legend of Zelda: The Breath of the Wild, don’t pretend you wouldn’t still pre-order. Nintendo games are classic for a reason and there is no doubt that there will be some amazing experiences to be had with the NX launches. Xbox has Gears and Halo and Sony has God of War and Uncharted, but there are no more loved or well known franchises than those found on Nintendo hardware. 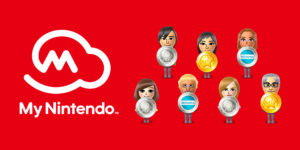 The most important piece of this puzzle is still unknown. The “N”X-Factor if you will. When the DS was announced, fans were outraged. How could you look at two screens at the same time!? When the Wii was announced, gamers whined because no one wanted motion controlled games. When the Wii U was announced, nobody could understand what a tablet controller could offer to gamers. In every one of these cases, the X-Factor was revealed once the product was available. On the DS it was Nintendogs and Brain Age that attracted and hooked everyone from children to grandmothers, Wii Sports and Wii Fit extended far beyond the living room to daycare and nursing homes, and when my wife wanted to watch The Bachelor, and I sat beside her on the couch playing Toad’s Treasure Tracker off screen, I understood.

Nintendo has a way of knowing what the fans want before they do sometimes. With the NX, you have to imagine there is something there that even after it’s explained and shown, will just not be appreciated until it’s experienced. The X-Factor is something that is missing from the other platforms. Because they share an audience, they are limited in what they can really wow fans with. If you think about it, there are very few things that a Playstation can do that an Xbox or PC can’t, and visa versa. Nintendo will always highlight something extra special in the hardware they make.

In conclusion, I started by saying that the NX has the potential to be the best console ever made. I feel like I’ve made decent arguments for why I believe that. The console is innovating in a way that we still can’t understand. With reserved specs the cost should be attractive as a 2nd console, and there is no doubt that the games lineup will be stellar, however, “best” is still a subjective term. Furthermore, there is not a lot of hard facts about the NX as it stands. What I do know is that Nintendo has always taken risk. It has always innovated and pushed the limits of what is expected. In return, some of the greatest moments and experiences on a console have been on a Nintendo product. The late Satoru Iwata once said “Above all, video games are meant to be just one thing: fun. Fun for everyone.” If nothing else, you can be sure that Nintendo still has a lot of fun in store for everyone when the NX launches in 2017.

Previous article
‘Monsters & Monocles’ Early Access Impressions: A Cute Co-op For the Whole Family
Next article
The “Bad” Movies We Shouldn’t Love (But Do Anyway)