‘Constantine’ Review: It’s not me, it’s you 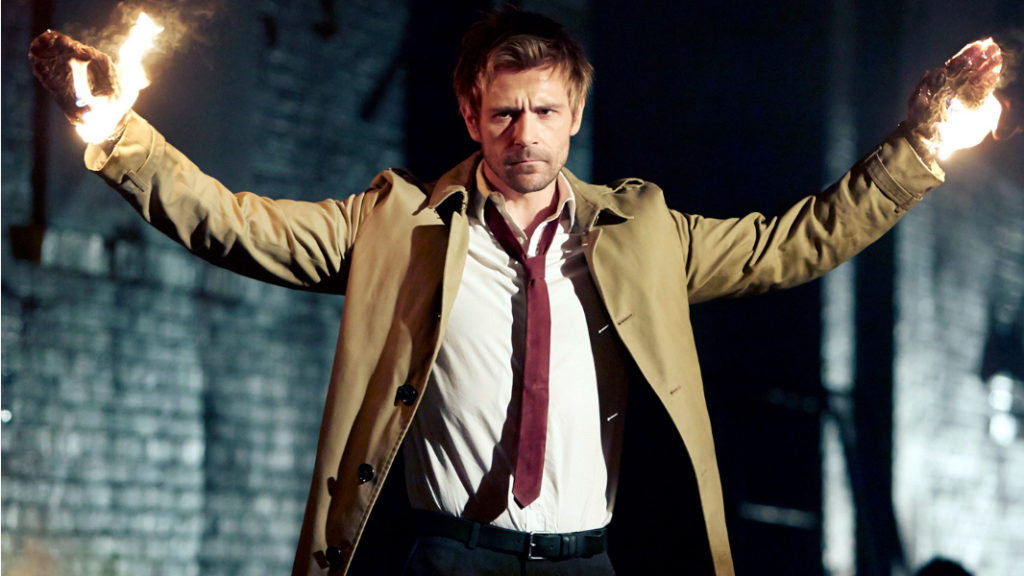 I agreed to review Constantine as a favor to Bilal. He’s a nice guy, right? Likable, funny on the Twitter. I never believed he’d steer me wrong. And I also thought, “Hey, the show’s based on a series of DC comics, so it can’t be that bad, right?” Ah, what recent productions have done to my memory. For the past few years we have been blessed with good comic book movies, so much so that I forgot all of those bad years. Constantine isn’t one of those good productions. But I’m getting ahead of myself.

A synopsis, shall we? From NBC.com:

Based on the wildly popular comic book series “Hellblazer” from DC Comics, seasoned demon hunter and master of the occult John Constantine (Matt Ryan, “Criminal Minds”) is armed with a ferocious knowledge of the dark arts and a wickedly naughty wit. He fights the good fight – or at least he did. With his soul already damned to hell, he’s decided to abandon his campaign against evil until a series of events thrusts him back into the fray, and he’ll do whatever it takes to protect the innocent. With the balance of good and evil on the line‎, Constantine will use his skills to travel the country, find the supernatural terrors that threaten our world and send them back where they belong.

I cheated, I know, but after an hour of the show, I honestly couldn’t summarize its premise without question marks and swear words. Admittedly, I know absolutely zero about the Hellblazer comic books, and what little I know about John Constantine was gleamed from the 2005 movie starring Keanu Reeves. As you can see, I’m already off to a poor start. However, I assume I am NBC’s demographic for such a show–nerdy, but not quite knowledgeable enough to know when I’m being lied to. 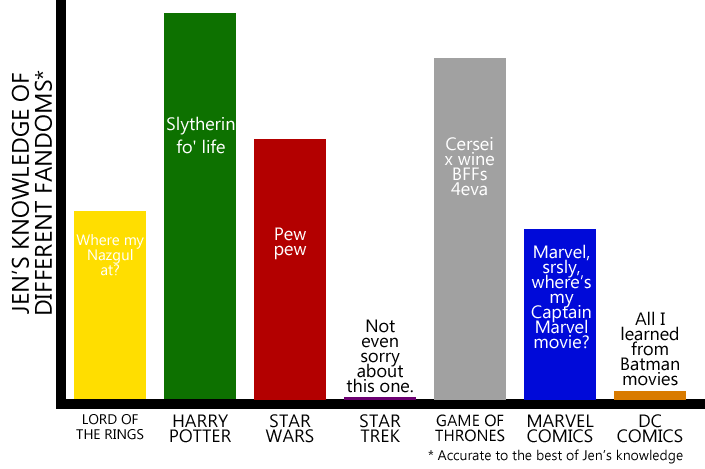 I was going to preface this article with a professional statement, telling all you lovely readers (your hair looks nice, by the way) that even though I was discussing the pilot of Constantine, I would review it without spoilers. After having watched the show for what I can only assume was my entire night, I’m not sure that anything I say would ruin the show. There are demons. There are explosions. Someone sees dead people. It’s all Shyamalan from here, baby.

Using context clues (HA! Suck it, SATs!), I gathered that John Constantine is supposed to be an anti-hero–a man so tortured by his past that he’s kind of a jerk, but deep down has a heart of gold, or some such. If you are familiar with the Fables comic book series by Vertigo, I would say he’s a cross between Bigby Wolf and Doctor Who. (I don’t know anything about Doctor Who, but I’m going on looks alone. Please don’t throw things at me.) 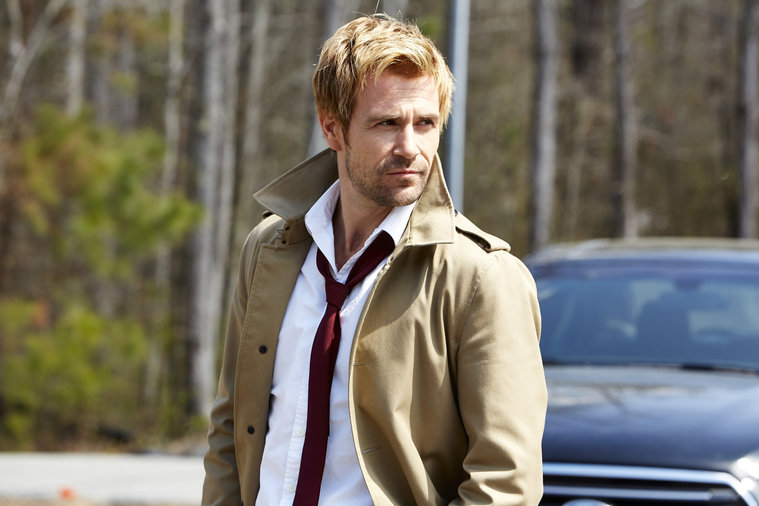 Constantine, both the show and the character, seem confused about what and who they want to be. Sure, the show, like its source, is intended to be a thriller, if the all the dark scenes and poorly lit hallways didn’t give that away, but the cliched dialogue and action sequences make it come across as more comical than frightening. And this is coming from MISS Scaredy Cat herself. John is much the same, cliche right down to the smirk and loner attitude. Like many DC protagonists, he also has a ton of daddy issues. However, I can handle so much cliche its hilarious; I love guilty pleasure TV as much as the next person, but Constantine wasn’t guilty, it was just bad.

The worst part about the show is that it felt like it was three or four episodes edited down into one. Smash cuts between scenes didn’t heighten the action, but instead pulled me away from the story. I felt like there were time gaps between scenes and conversations that I must have missed while blinking. (SPOILER: A character dies in the first half hour. I wasn’t sad. I didn’t know his name. None of the other characters seemed sad either, so I guess it all turned out okay.) Even though the show is nearly an hour long, in that time there was zero plot and character development. In the first ten minutes, John goes from being in a mental institution, trying to believe demons aren’t real, to then telling a young girl with special abilities (seeing dead people/souls/whatever) that demons are real and to get in the damn car. The aforementioned girl’s entire purpose in the first episode is meant to act as the viewer, asking the questions we have about the world and its protagonist. Lazy, dull, and still utterly confusing writing.

I didn’t want this to be an entirely negative article, but I dug deep and I can’t find a positive about the show. (Matt Ryan is easy on the eyes, does that count?) Some might find it more interesting than I did, and maybe the show improves after the hodgepodge of a pilot. But if the first episode is the standard for episodes to come, hopefully, NBC will put the show out of its misery in a few weeks. For the time being: I’d still steer clear and wait for the real heroes to give you the all-clear to watch. You don’t want to strain your eyes that much.