The main challenge in “Pretty Little Backstabbers” is called Backstabbers (so original guys). The players have to walk to the end of a plank 600 feet in the sky. The first one to the end of the plank gets to send one competitor to fall to their death. JK, no one dies in this episode. If your X gets slapped, you hang 600 feet above ground for a little bit until producers pull you back up. The other downside of having your X hit is that you are at risk of being sent straight to the Redemption House by the guy and girl who had the fastest times. I truly think that I spent more time trying to describe the challenge to you guys than the amount of time the challenge took to complete. Essentially, this challenge was lame. 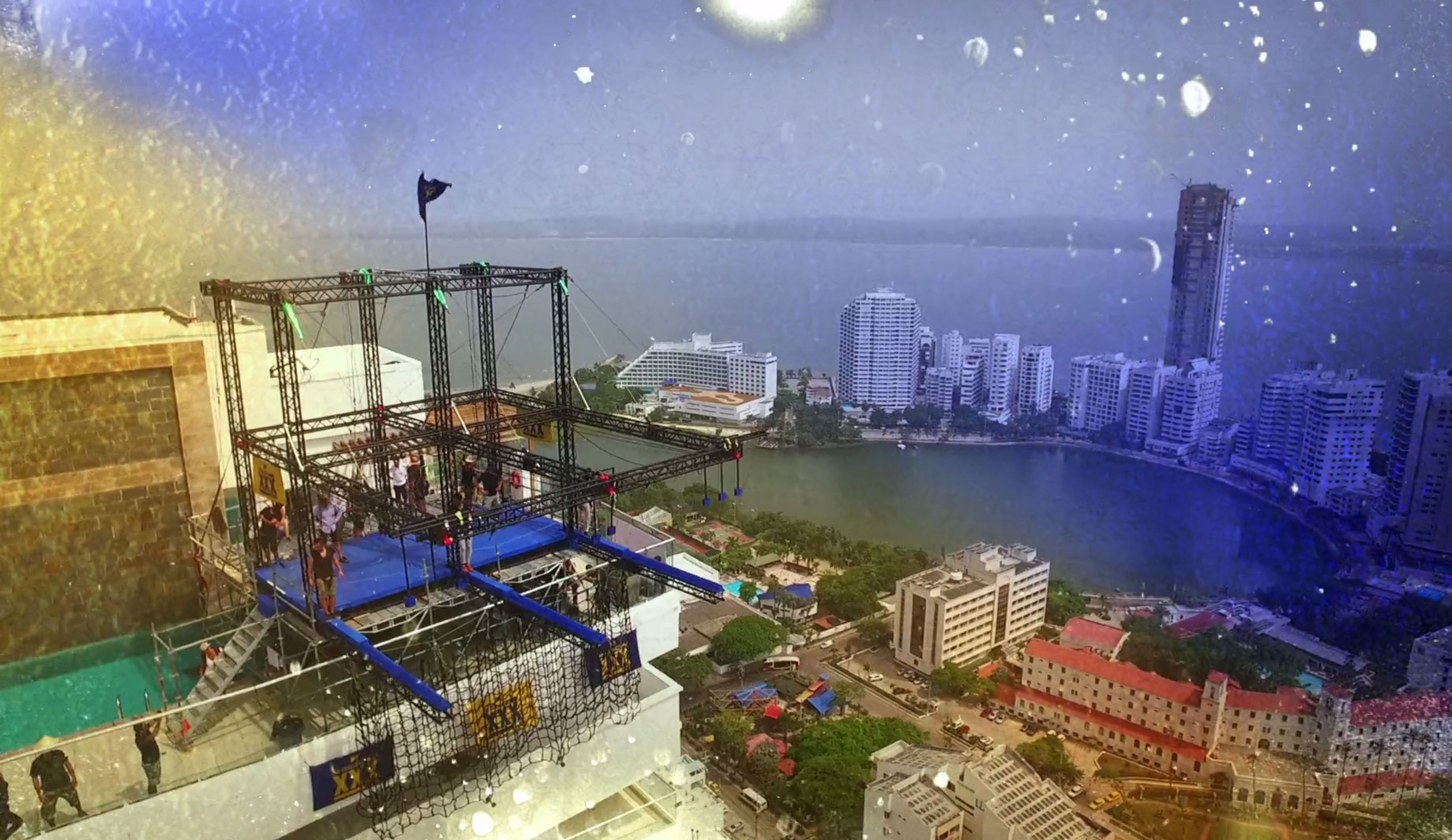 I understand that this challenge had some exciting aspects (walking a plank 600 feet in the air is *literally* no walk in the park), but for the most part, it was pretty lame. It took 5-6 seconds for the players to walk to the end of the plank, and there were only four heats, making the duration of the ACTUAL challenge about 30 seconds max. Somehow this 30 second of challenge footage was stretched into 10 minutes of screentime.

Jenna and Hunter have the fastest time and they choose Jordan and Veronica to go straight to the Redemption House. It is now time for Jenna and Hunter to decide who to send into The Presidio. Before the decision, Camila goes to plead her case to Jenna. By plead her case, I mean she asks Jenna, with tear-filled eyes, where did it all go wrong? What she ever did to lose Jenna’s trust?! Hmm, I don’t know, maybe it was that racist attack of Leroy, on top of being all around crazy.

Camila’s plea falls up deaf ears because she gets sent into the Presidio alongside Derrick. While D takes his fate in stride, Camila acts like Camila and blames….. Tori? Wait, what? Even TJ seemed to think that attack came out of nowhere and simply asks “What did Tori do?” This, my friends, is where shit gets crazy and bizarre really quickly. Here is Camila’s logic, Jailah (yes she actually used the term Jailah) was loyal to Camila before Tori came into the mix, therefore everything is Tori’s fault. Everyone starts fighting with each other and TJ has to be the grown-up in the situation and remind everyone to speak “One at a time.”

Tori tries to explain herself, while also stating the obvious: Camila is a horrible person. Every time she tries to speak though, Camila interrupts her.

As Tori is saying this, Camila interrupts her. More than anything, I want to know what is going on in TJ’s head throughout this whole thing. TJ Lavin, if you are reading this (which you probably are not) hit me up for an interview!

Even after The Presidio votes were cast, and TJ had left the house, the Camilinator continues to rampage and berate Tori, the person who DIDN’T send her into elimination. In order to keep herself out of trouble, Tori locks herself in the closet to ensure she doesn’t punch Camila and get her ass sent home.

With the numbers dwindling there are only two guys, and three girls left for the doublecross. Luck wasn’t on the side of either Johnny or Britni this week and they both sent into the elimination challenge. Yes, that means we will have Banana’s and Derrick SHOWDOWN!

The name of the game for this elimination is “The Reel World.” Okay, Challenge, I’ll give you credit, that title was pretty witty. The goal of the challenge is to get a 50-pound bell attached to a rope to cross your finish line. To do this the players must wind up the rope’s slack by spinning a giant spool wheel. When the competitor falls off the spool they must run back to the front and start again. 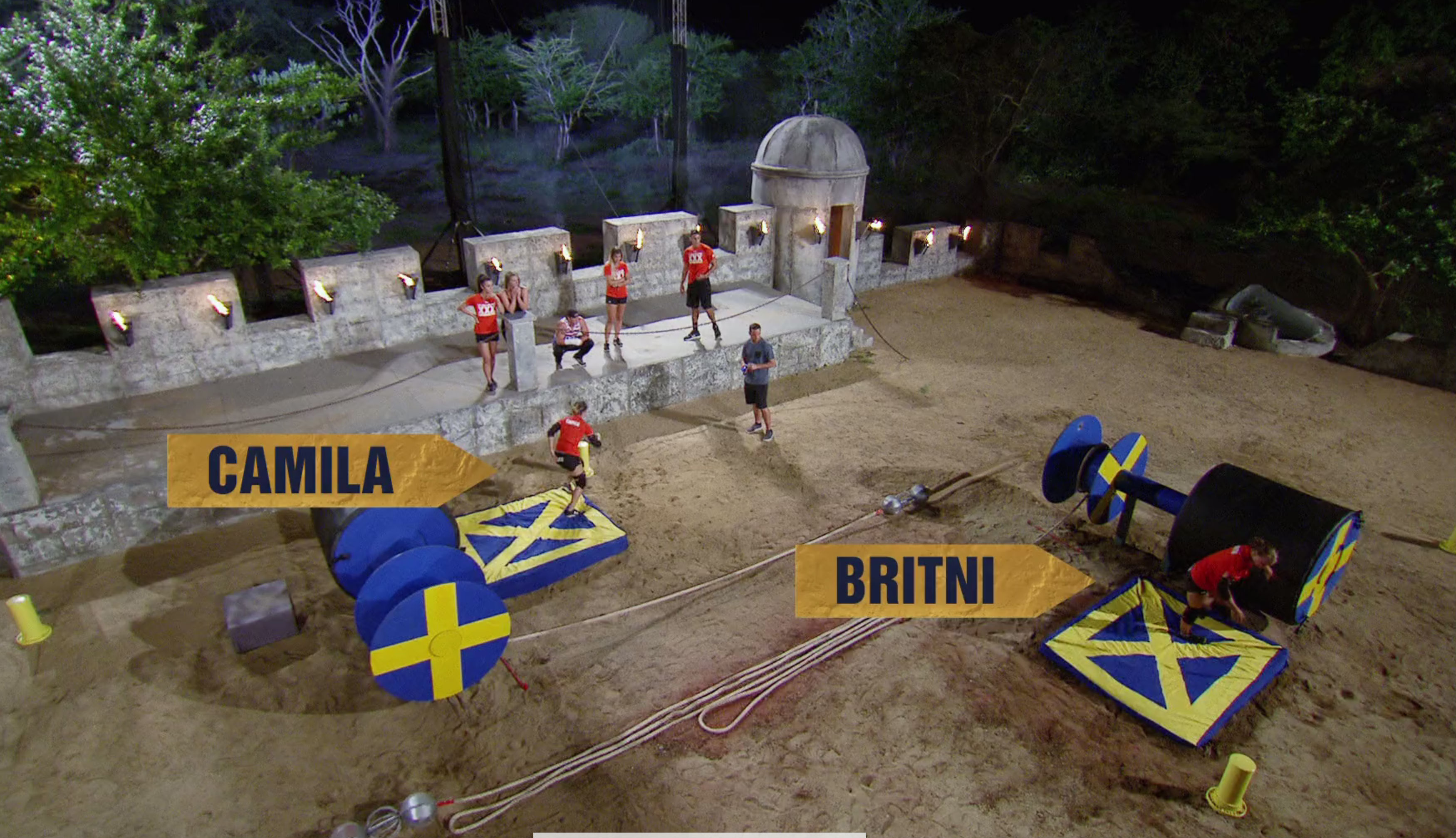 The girls’ heat was pretty uneventful. Britni has a pretty pathetic showing and Camila easily secures the win. Let’s be honest, the girls heat was just an opening act. We are all really here to watch Derrick and Johnny go at it.

Johnny’s strategy is to try to stay on top of the spool as long as possible to reduce the number of times he has to run back to the front. This game plan gives him an early lead, but you should never count out D the Diesel. As the challenge starts to wear Johnny down, Derrick takes the opportunity to take back the lead, and win the elimination. HELL YES! Derrick took out Johnny. But there are no hard feelings, and the two have a sweaty and exhausted embrace once the challenge was done. 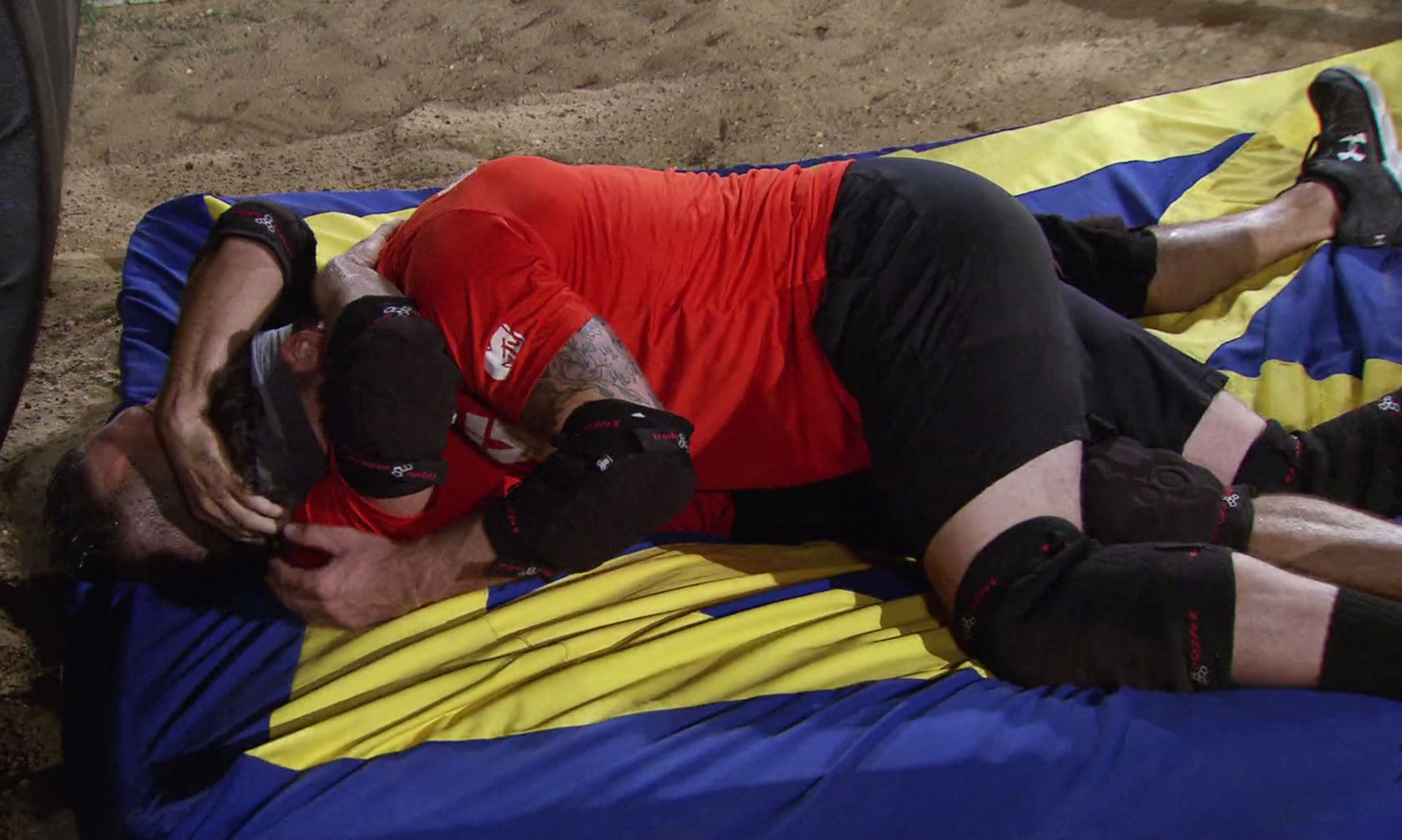 Jemmye is the queen of The Redemption house. Full stop. I know that I raved about how entertaining Marie was during her stay there, but she doesn’t hold a candle to Jem.

It is no longer The Redemption House, it is now The Real World: Cartegena featuring: 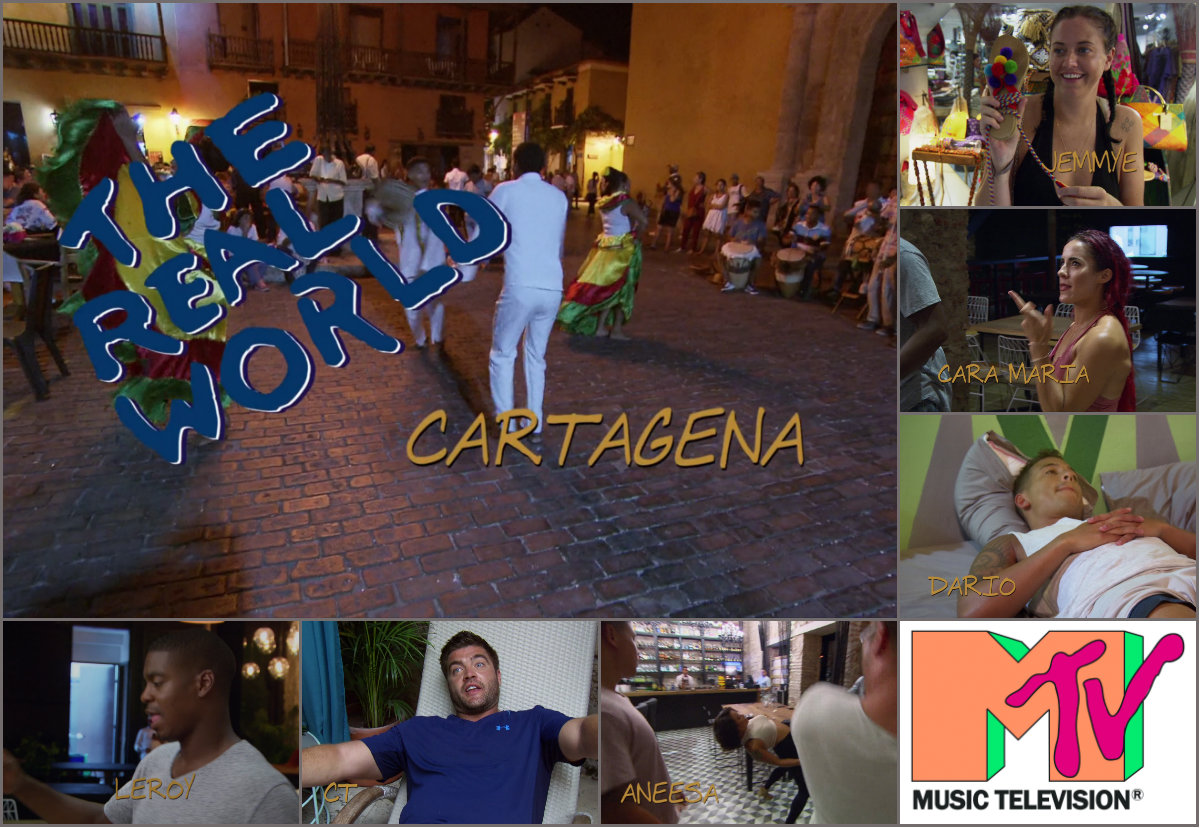 Leroy: Everyone’s favorite roommate (besides Jemmye of course)
CT: Is always a little stinky.
Cara Maria: The one who hates all the other roommates
Anessa: is best friends with everyone
Dario: The one who got no camera time

Jemmye: People would forget that Dario was on the season.

The dynamic of RW: Cartagena is disrupted when the two new housemates, Veronica and Jordan, arrive. Apparently, Cara has some major beef with Jordan this season that I seemed to have missed. Jordan doesn’t help the matter when he tells Cara Maria that no one wants to run a final with her.

Either I am having deja vu, or I have heard that exact same line from Jordan before. Oh wait, that’s because The Challenge took the SAME EXACT sound byte Jordan used last week, and literally just replaced ‘Camila’ with ‘Cara Maria.’ The horrible editing of this season just baffles me. Do they think we are stupid and wouldn’t realize that recycled that quote from the episode that aired JUST SEVEN DAYS PRIOR? Things like this get me so mad.

Cara Maria is incredibly offended by Jordan’s statements, because as Jemmye astutely points out:

Jemmye: “This was the icing on the cake. Jordan has insulted Cara on the highest level possible. The Challenge, this is her livelihood and Jordan basically told her ‘You’re not good at it, I’d rather run with people who have no experience.”

Jemmye needs her own talk show. But no one is really buying what Jordan is saying, even CT thinks he is full of shit, so I’m not sure what Jordan is playing at here. If all he wanted to do was get under Cara Maria’s skin, he succeeded at that and in retaliation, Cara decides to throw Jordan’s bags into the pool. 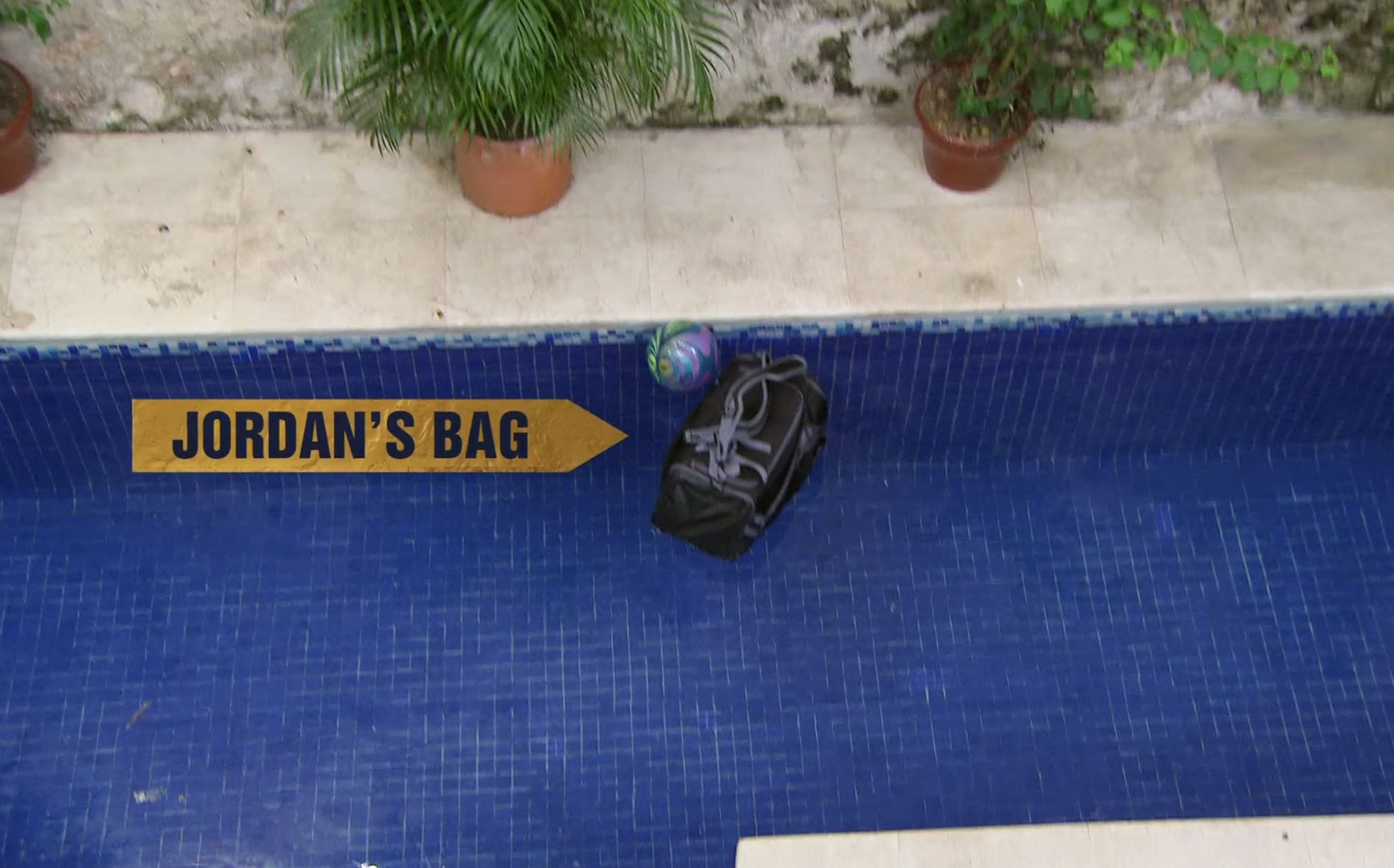 Little did Cara know that the Under Armour bags that production provided for them float. This has got to be the all time, most epic, prank fail in Challenge history.