The Behemoth, creator of the fantastic 2D games Alien Hominid, Castle Crashers, and Battleblock Theater, have officially revealed the title for their next game through the sites blog. Finally losing the placeholder title of Game 4, it will now be called Pit People.

While Pit People may sound generic and uninspired, The Behemoth explains their decision for the new moniker:

“The Pit is the place where our story’s heroes get a fresh start in life! It’s basically what you and I know more commonly as an arena. As you may remember from our announcement trailer, the story starts off right as the giant bear from space shattered the planet…” 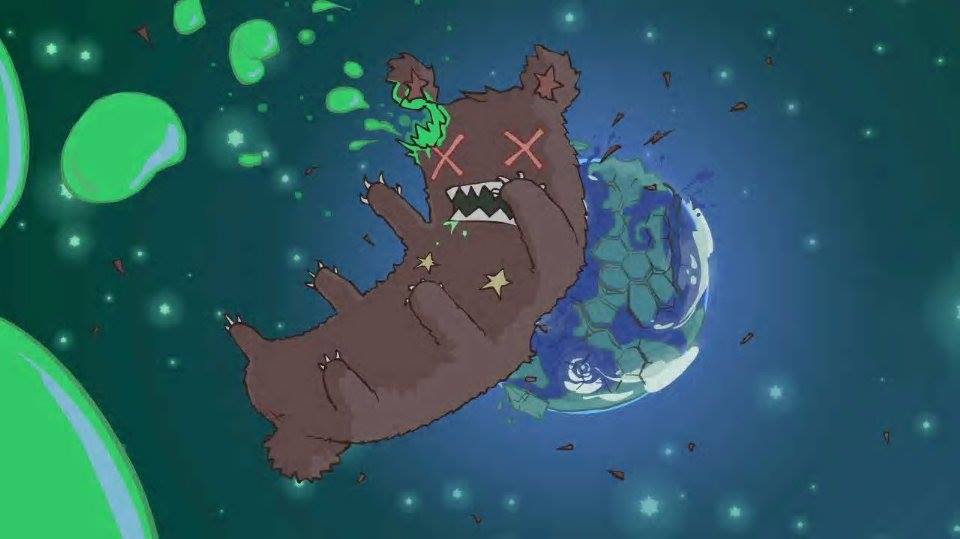 As for the story and main characters of the game, The Behemoth does dish out a few details:

“Through the chaos, Horatio, Pipistrella, Yosef, Sofia, and Gluten have found each other. They’ve formed a team to conquer each untimely obstacle.”

Master the destiny of a full cast of tragically unique heroes as you plot a course across an apocalyptic wonderland!
Dogged at every step by a mysterious and power-hungry narrator (Will Stamper, “BattleBlock Theater“), you’ll need to rally your troops and steel your wits if you hope to survive a hostile world filled with sinister robots, deadly vampires and brutally adorable cupcake people!
In our fast-paced, turn-based, co-op adventure you’ll quest and explore, find awesome loot, customize your fighters, and recruit strange species!

Pit People will feature single player, 2 player co-op, and up to 4 players for 2v2 play. While no release date is set, Pit People will release on Xbox One and Steam. Those attending San Diego Comic-Con this week will be able to get early hands-on with the game at the Behemoth booth via 12 playable arcade cabinets.

In addition to the new title announcement, comes a brand new website: pitpeople.com.

Is this a game that you are looking forward to? Let us know in the comment section below!