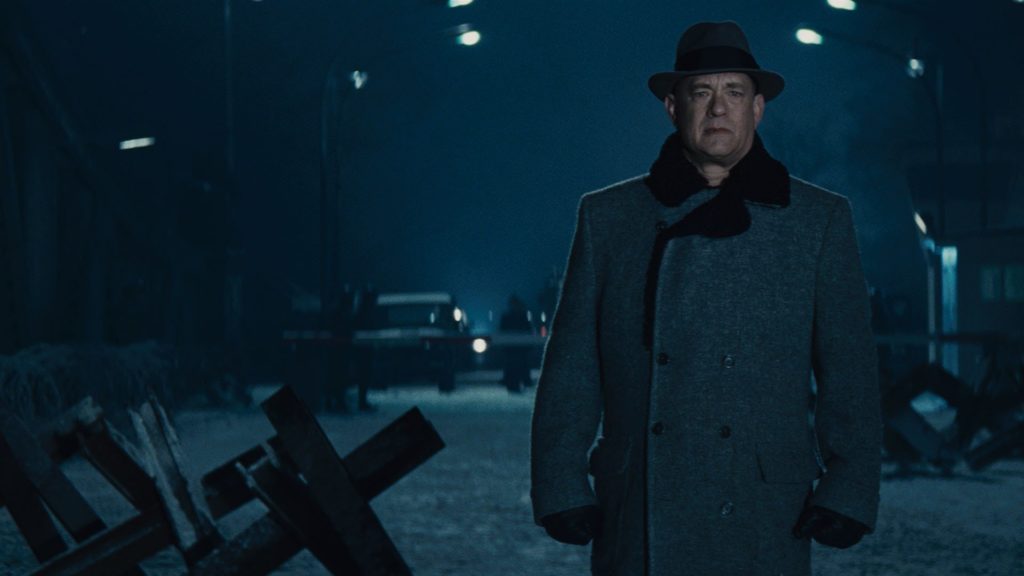 Steven Spielberg’s latest piece of work, Bridge of Spies, can best be described as “nice.” It doesn’t ruffle any feathers. It doesn’t try any splashy new techniques. And it doesn’t seek to make any bold statements about anything. Instead, it is just a well told and beautifully made piece of history that is tense when it wants to be, funny when it needs to be, and leaves you completely satisfied when the end credits start to roll.

Set during the height of the Cold War in 1957, the story follows James B. Donovan (Tom Hanks), an affable middle-aged lawyer who is asked to do the unthinkable: defend an accused Soviet spy named Rudolf Abel (Mark Rylance) in court. Abel’s guilt is never truly called into question, which makes him the most hated man in America but Donovan accepts the job just the same out of a sense of duty and patriotism.

And although everyone expected Donovan to simply do the bare minimum to defend Abel, he actually gave it his all and took the case all the way to the Supreme Court despite the disapproval of the nation and those who he held most dear. It is only later that he is given a chance to redeem himself to naysayers by acting as the nation’s negotiator to trade Abel for a captured CIA pilot, Francis Gary Powers (Austin Sowell), who was shot down over the Soviet Union while on a mission. 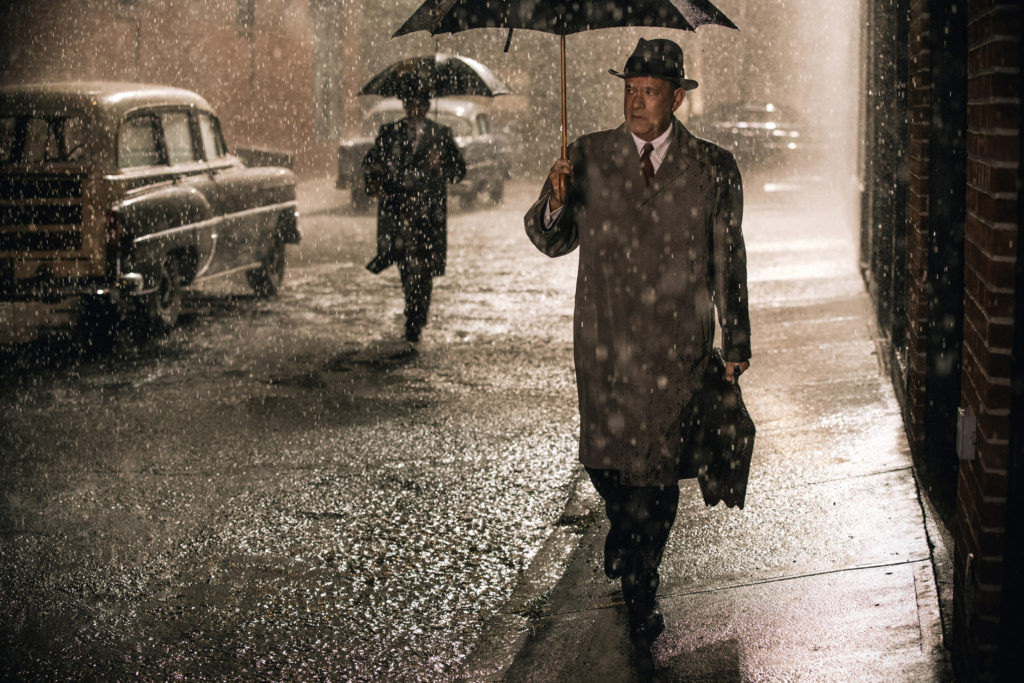 Donovan obviously accepts the mission and travels to Berlin, Germany in the early days of the Berlin Wall where he faces stiff CIA men, sneaky Russians, angry Germans, street toughs, and some bitterly cold weather. And as if that wasn’t enough for the average American man to take on, he also gets word of a young American college student who was recently imprisoned for being a suspected spy and takes it upon himself to free him as well.

This is a true story but I’ll avoid spoiling any further details other than to say that Spielberg wraps the story up very pleasantly and with the typical swelling of music as titles give us happy anecdotes about what became of the film’s main characters in real life. You know, typical Spielberg stuff.

And even though the film is rife with traits of Spielberg’s films from over the last couple decades, it also feels very much like a film from the era in which it is based. From the cinematography to the sometimes overtly obvious score by Thomas Newman, Bridge of Spies is a sort of tribute to the great films of the 1950s. 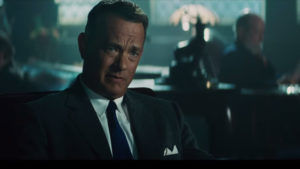 Hell, it’s almost hard not to imagine Jimmy Stewart in the role of James B. Donovan. This isn’t the first time that Hanks has been compared to the great Jimmy Stewart and certainly won’t be the last, but it continues to speak to his ongoing strength as a leading man unlike any other working today.

What I really enjoyed about the film though was how Spielberg surrounded Hanks with a wonderful collection of largely unknown character actors to fill out the supporting roles beyond Amy Ryan and Alan Alda. Other directors might have easily filled any number of these roles with familiar faces simply for the sake of marketability but Spielberg seems genuinely dedicated to showcasing the best possible person for each role and it pays off in spades. Special kudos go to Rylance who plays the Soviet spy with a light twinkle in his eye that makes his relationship with Donovan truly click.

As with all Spielberg productions, it is impeccably made on all levels and never feels flat. It just doesn’t have that special little something that makes a really good movie into a memorably GREAT movie. People interested in history, espionage, and classic-style filmmaking will find a lot to enjoy here, but this may have trouble finding a wider audience in a world of media consumers seeking something more innovative and more overtly dramatic. But no matter what your viewing preference is, it would be hard for anyone to deny the reliably steady hand of Spielberg to deliver a solidly made film with an impressive cast and a feel-good ending. It may not be the flashiest car on the road, but it’ll get there every time.