There’s something magical about live performances. The electricity in the air is invigorating, as the band comes on stage, and the intro kicks in – just as the melody gets in rhythm. The harmony. The building up into a crescendo. The refrain of lyrics that the audience sings along to – forgetting just for a moment, every problem in the world. At this moment is congruence.  The energy of the performance that synchs with the crowd. Strangers coming together as fans become a melting pot of friends, sharing at this place and time: the moment.

Concerts are one of the most compelling of human experiences. Reminding us what it feels like to be alive in the now. Queen had that sort of impact on people.

This movie, does a fantastic job of capturing that magic on the screen. And maybe it’s not the sharpest story, as it’s one that often skips over gritty details for glamorous beats – but man does it have charisma.

Driven by a powerful soundtrack of some of Queen’s greatest hits, the music moves the story forward with style and panache, leading to a nearly identical recreation of their Live Aid performance in Wembley, known as one of the greatest concerts of all time.

We follow the journey of Freddie Mercury, portrayed by Rami Malek – his misfit roots with his family as a British Indian Parsi man, his rise to prominence with his bandmates, and his closeted interpersonal struggles while acting as the front man of the larger than life band, Queen.

And sure, the pacing is very fast as there is a lot of time skipping. The entire first act, moving so haphazardly forward with little resistance, that I started to question where at all the conflict would even begin. Though it’s there. But this is a movie where the writing falls secondary to the acting.

Also, the creative process comes too easily. With classic Queen hits being constructed with such matter-of-fact effort, you question if the writers had done any research into the blood, sweat, and tears about how difficult it is to make music. Pacing is a problem with this movie, but that’s because they tried encapsulating the band’s history in a short time frame. It’s less about the in-between moments and more the overarching narrative that was Queen, though mostly through the life of Freddie Mercury.

And then there’s the whole issue regarding Mercury’s sexuality. With many critics, judging the movie for belittling Mercury’s struggle with his sexuality by not showcasing enough engagement with Freddie and his sexual partners. Everything seems to be implied and behind closed doors – though in the movie’s defense, so was much of Freddie Mercury’s personal life.

His bisexuality plays a critical narrative role and emphasizes some of his conflict regarding his isolation and alienation of his friends. Critics thought they could have done better. The conflict, more on par with something reminiscent of a Hallmark movie. Which is to say they touch on it, but only in brief moments and the conflicts resolve often quickly for sake of moving the story forward.

But the music? And the performances? Those are electric. If you’re a fan of Queen’s music there is so much for you to enjoy in this film. Likewise, the funny bits of the nonsensical and non-traditional approaches Queen had in making music, and the attempt of originality in the face of adversity – is nothing shy of heart-wrenchingly warm. Which can be an issue for many die-hard music historians, as the movie really skips through some of the darker moments of the band. But if you’re looking for positive Hollywood fun and glorification of this larger than life band, look no further.

Even though it’s campy, it was so hard for me to dislike this movie. With audiences in the theatre even singing and stomping along to songs we’ve all heard, many times before. Queen does that to a crowd.

Rami Malek excels as Freddie Mercury. Holding his charisma, but also, conveying a bit of his oddities and eccentricities. Lucy Boynton does a convincing job portraying the heartwarming Mary Austin, Mercury’s reluctant ex-wife and best friend. Likewise, the band played by Gwilym Lee (as Brian May), Ben Hardy (Roger Taylor) and Joseph Mazzello (John Deacon), is nothing shy but lovable in every way. With Aiden Gillen as manager John Reed, pulling a performance that would put Littlefinger to shame. Finally, Mike Myers is a delight as Ray Foster, playing an executive hindering the release of bohemian rhapsody, when the actor himself had glorified it in his 90’s hit Wayne’s World.

Overall, Bohemian Rhapsody is the story of Freddie Mercury and friends – the happy version. Take what you will from it, the music is a marvel to watch on screen, and there is plenty of justification for Malek’s Oscar contention – the performance is just that good. 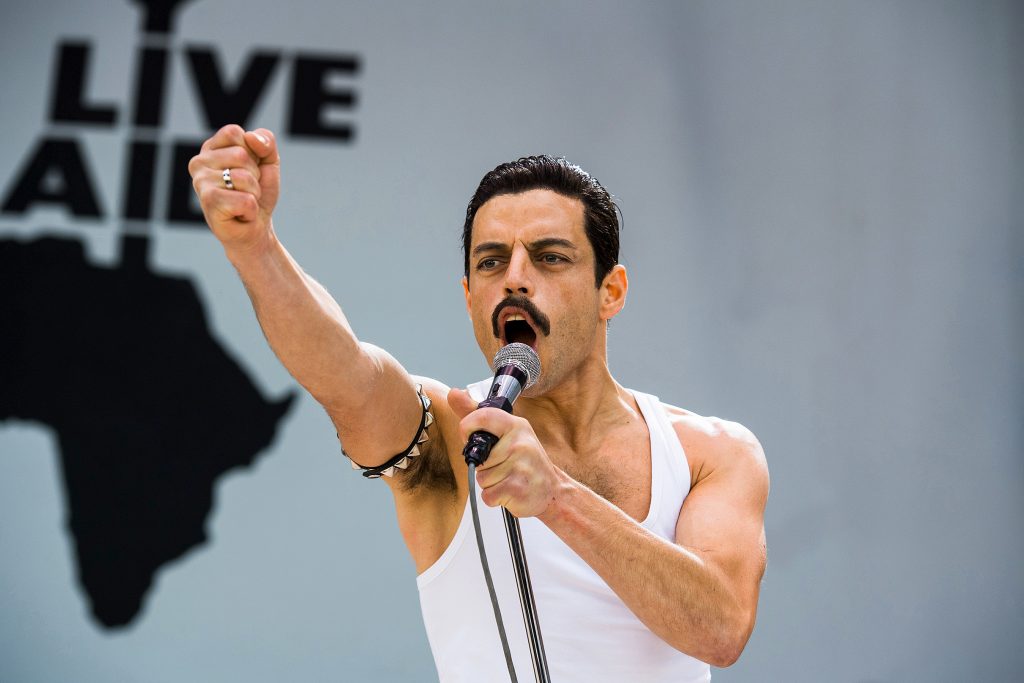 You can watch ‘Bohemian Rhapsody’ in theatres now.

Previous article
I Solved Syfy’s ‘Nightflyers’ Puzzle So You Can Enjoy a New Trailer
Next article
Supertrash Podcast: “Man of Steel”/”Witch Hunt”