From the makers of the Castlevania Netflix series comes Blood of Zeus, the story about a bastard son of Zeus who is destined to become a great leader, who is caught front and center, during an age of magic, demons, and war.

This new Netflix anime series debuted three days ago this week, and thus far, has had high acclaim amongst critics. Sitting at a whopping 100% fresh rating on Rotton Tomatoes. Why, however, I’m not entirely certain, as after having binged the series, I will admit that while entertaining it’s also absolutely flawed. With only maybe a sliver of its potential met in telling a Greek Mythology tale.

The problem is that the series does a really great job with the beginnings of Greek Mythology origins but then seems to pivot heavily away from their tales. We want more Gods! But get something else entirely. Instead, the show obsesses over this bizarre demon plot created for the story which has nothing to do with Greek Mythology. A choice, which episodes in, is pretty obvious just a reason for the development team to utilize their skills that they’ve developed while drawing Castlevania. A show about vampires and demons, which in fairness, they do a fantastic job of animating.

Now, if you’re entering this for Greek myths you’ll like only half of what’s presented only because the show pivots with this demon story. Worse, is that a lot of the Goddesses are not featured in this show at all. No Artemis, Athena, or even Aphrodite, which is strange as the Greek Gods absolutely indulged in open sexuality. Instead, Blood of Zeus focuses mostly on Zeus and his poor relationship with Hera, along with their intermeddling with human affairs. A plot that sounds like the one in Hercules: The Legendary Journeys. Atop of this, the story’s main character, Heron, is a Bastard whose destiny is to rally the people for an inevitable war to end all wars amongst the Gods.

If this sounds a lot like Game of Thrones, this also was probably intentional, as this series takes a whole lot of liberties in outright copying many plot-threads and design choices from other popular large-scale stories. Numerous references are outright stolen from Star Wars and Lord of the Rings. Like the lightsaber, Minas Tirith,  and Yoda Jedi training. All stolen and featured in this show with just a tiny new table for copyright protection. There is even the use of the lightsaber humming sound effect.

I have no idea what happened to this show. Where Castlevania was brutal but at least an original in storytelling, the writing in Blood of Zeus just feels outright lazy. Perhaps it’s because unlike Castlevania, the show obviously lacks a Warren Ellis type to guide and accentuate the voices within the story. And though yes, Warren Ellis is marred in scandal and is an absolute piece of shit to work with (though one whose works I still respect), the work does speak for itself when it hits. This show misses. A lot. It’s promising in its reinterpretation of Greek myth, but bad in the sense that it loses its character’s motivations, and then suffers from its own rehashing and oftentimes plagiarism, of bigger series who’ve told epics before.

However, it is stylistically very engaging to watch. Its design is suburb and its cast does a good job with its material. It’s really just the writing that ruins this show. 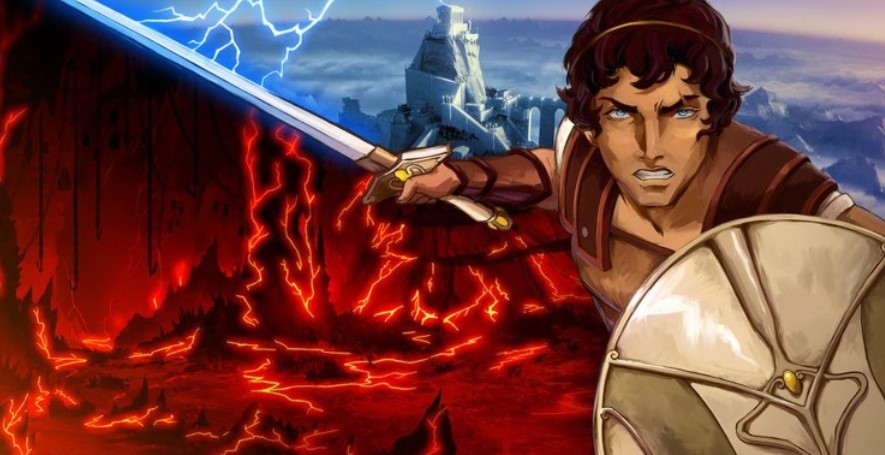 It’s nowhere near as good as Castlevania. It has all the style but none of the substance. Watch if you’re bored or want background fight noise.