The Following are recaps and reviews of ‘Better Call Saul Season 4: Episodes 2 and 3’. Warning, there will be spoilers.

Every new Season of ‘Better Call Saul’ sees the series get closer to ‘Breaking Bad’. This season, being the closest in tone to the acclaimed series thus far. Though the series still has its funny moments, particularly related to the antics and actions of its protagonist, Jimmy McGill, season four sees some of the series more violent and dramatically tense scenes to date.

This season focuses on two major plot threads. First, is the ongoing development of Gus Frings’ eventual drug empire (as we know from Breaking Bad), including the fallout (Nacho’s storyline) and growth (Mike’s storyline) of the parties involved that get Gus’ empire there. Second, is the aftermath of Chuck’s death and the intrinsic struggles and lingering guilt of Howard, Kim and Jimmy himself.

Whereas the first episode dealt with the aftermath of last season – particularly Chuck’s housefire and Nacho’s murder attempt against Hector Salamanca, episode two kicks off with a rejuvenated and ready to take on the world, Jimmy.

He is looking for an in-between job while his license is suspended. Immediately Kim, address concern over Jimmy’s mental state and tells him that it would be alright for him to take a break. She, as well as the audience, notices the difference in Jimmy’s attitude since hearing about the news of Howard’s involvement in Chuck’s death. His pushing Chuck out of the firm leading to his unconfirmed suicide.

This of course is a play on secrets yet again. As we, the audience, know that this is not the full story. Part of the reason of Chuck’s expulsion from the firm was Jimmy’s meddling with their law firm’s insurance rates.  Though instead of dealing with these secrets, Jimmy goes off on a job hunt, while a continually more and more disturbed Kim finalizes Chuck’s affairs with Howard in Jimmy’s stead.

Meanwhile, Gus does all it takes to keep his rival Hector Salamanca, alive. Unwilling to let his rival die except on his terms, he hires a specialist from John Hopkins, Maureen Bruckner, to help Hector Salamanca rehabilitate; forcing Arturo, and particularly, Nacho, to have an awkward one-sided conversation with a man in a coma; the same man Nacho tried to murder – in yet another moment of black comedy gold. 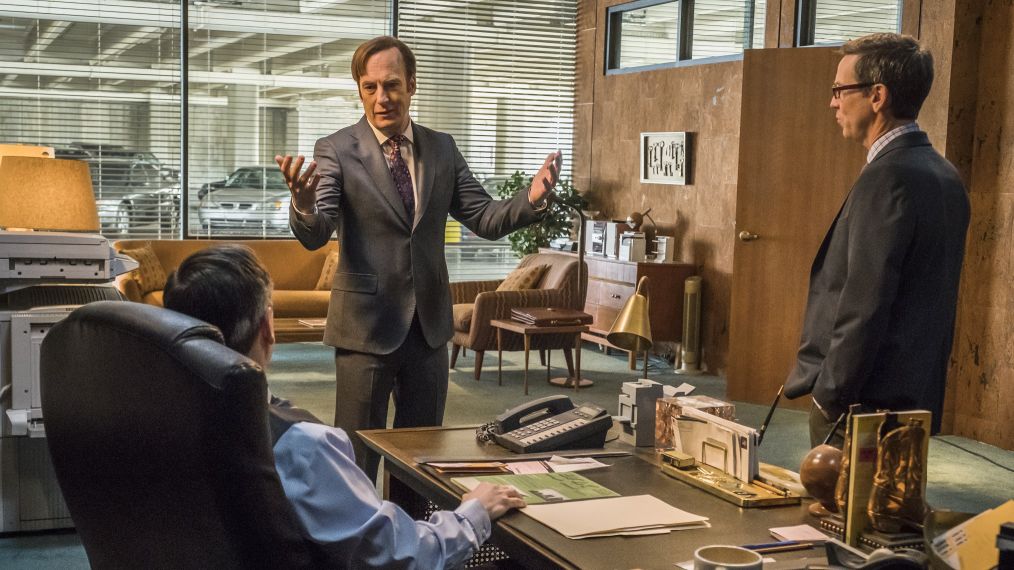 While on the job hunt, we see Jimmy apply for a job in sales for Neff Copiers. He sweet talks and wins over the owners, despite some skepticism from them, given his past history as a lawyer. Feeling like the owners made too easy of a mark, Jimmy refuses the position in a very compelling scene that teeters on the extremes of charming Jimmy and emotionally unstable Jimmy.  Leaving the audience with a hints of a tense arc of the series, as we’re uncertain as to where Jimmy actually stands. Is he remorseful for his brother or has he transitioned that far into Saul Goodman, and lost a sense of his humanity?

What’s more important, is that during Jimmy’s interview, he notices some Hummel figurines behind the counter of Neff Copiers. As we’d learned from previous seasons while Jimmy worked with the elderly on the Mesa Verde case, Jimmy recognizes the collectables and knows they fetch for a high value. Later in the episode, he calls Mike about a potential job…

Lydia arranges a meeting with Mike, asking why he had previously infiltrated their warehouse after stealing an employee badge. They debate over Mike’s standing role with Madrigal Electromotive – as Mike would like to stay on as security consultant for their warehouses – to which Lydia disagrees with, as it generates unwanted attention. After a call with Gus, she reluctantly agrees to Mike’s new role.

Kim visits Howard and goes over Chuck’s last wishes and affairs with Rebecca, Chuck’s ex-wife. After some tense moments of passive aggressive insult to injury Kim and Howard speak in private. Kim angrily calls Howard out on his bullshit, in a moment of cathartic integrity several seasons in the making. Howard tries to make things better, to which Kim refuses and leaves.

In the climax of the story, Nacho and Arturo go off to make a deal in name of the Salamanca’s, who are now in a state of turmoil given Hector’s condition. In one of the most ominous scenes featured in the ‘Saul’ universe, in a beautifully overhead shot ambush scene – Gus arrives and murders Arturo with a plastic bag and zip ties, holding Nacho hostage and revealing he knew about Nacho’s attempted murder.

In a powerful moment, he declares that from now on, Nacho… is his. 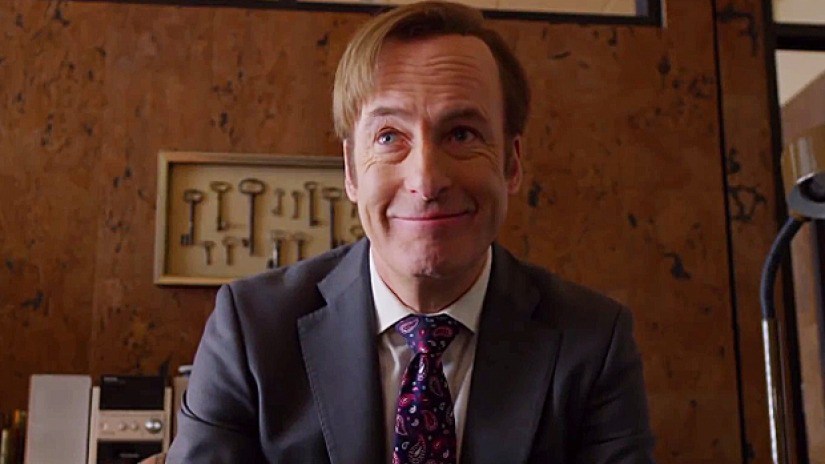 Overall, ‘Breathe’ had proven to be one of the best episodes of the series. It continually bridges gaps between ‘Saul’ and ‘Bad’, with many reviewers praising its character development, writing continuity to the ‘Break Bad’, and gems of awkward black comedy moments.

Much praise is given to the scene between Kim and Howard. With Rhea Seehorn pulling her most excellent performance in the series to date.

This episode picks up shortly after where we left off in ‘Breathe’. In a beautifully shot scene – we see a series of low-angle car shots leading into a highly intense set-up, with Victor staging the roadway to look like the aftermath of an ambush, making Nacho appear to be the only survivor of a rival gang’s attack. It’s an incredibly thorough scene with spike-strips, scattered shell casings and broken glass pieces – with even its shooting angles well thought out to look like shoot-out. Towards the end, we see them take out Arturo’s corpse, cold-pack preserved in their automobile trunk, and make it seem like he was killed in the ambush. They conclude by non-fatally shoot Nacho – twice, leaving him dying on the side to call for backup.

All of this of course, is all an elaborate set-up for Nacho to return to the Salamancas without suspicion that he’s under Gus’ control. They take him to Caldera, the skeevy veterinarian who has sets up shady jobs for some of main cast in the past. Caldera provides Nacho with just enough care to survive – again, in a sequence that’s beautifully shot. The audience seeing his struggling from his perspective: with blurry vision and fading sensory details, Nacho barely clings onto life.

As mentioned previously, the series is great at showcasing as to what lengths its characters will go to maintain the lie. This one, by far being one of the series’ more brutal moments.

Meanwhile, Gus is informed by Don Bolsa about the attack he himself had staged. With Bolsa concerned about the drug supply coming in from Mexico, he suggests Gus start to considering drug production on the US side – setting the stage for the eventual super lab to be seen in Breaking Bad. 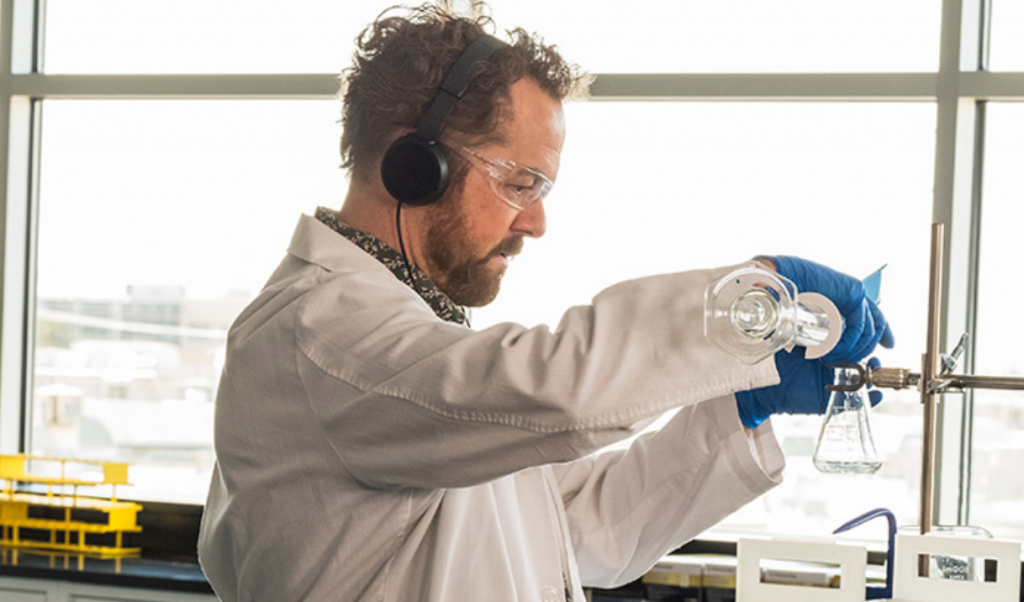 Gus then visits a fan favorite, Gale Boetticher – making his debut for BCS for the first time. For those who remember, Gale was groomed to be Jessie’s replacement, growing an immediately liking to Walter White early on in season 3. He’d liked Walt so much, he eventually leave scribbles in notes and journals about W.W. behind – which would later aid in the discovery of Walt’s identity to his brother in law, D.E.A. agent Hank Schrader.

Gale, in a wonderfully geeky scene where he songs along to the periodic table song, is working at a nearby university. Though in his off time, he pulls secret experiments and secretly tests meth for Gus. After seeing the poor quality of the Meth, he requests Gus for a potential job to cook – which we the audience know, will have an impact in later seasons.

Elsewhere, Jimmy discusses with Mike about trying to steal the Hummel figurines mentioned last episode – though the latter refuses. Jimmy then goes to Caldera (who seems to be having a hell of a day), who gets him in touch with a man named, Ira, to help pull of the caper. Ira gets there yet finds the man from last week’s episode, living in his office due to some at home issues with his wife. Jimmy arrives in time to provided a much needed distraction to get Ira out of there with the loot.

Kim, now back with Mesa Verde, is invited to see the company’s plans for expansion though she seems distracted. She lets her new paralegal, Viola, finish the work and asks to be dropped off at the courthouse. When she later reunites with Jimmy at their apartment, she shares with Jimmy both the leftover inheritance and note that Chuck left behind.

In a moment that’s confounded various reviewers including myself, Jimmy reads it aloud and it’s a touching letter of love and praise – though yet again, Jimmy appears unfazed. This upsets Kim, as she storms off crying to her bedroom, with Jimmy left to question what’s wrong.

It should be noted many reviewers have had various interpretations of the letter. Some  believe that it was forged by Kim, while others think that it was written by a Chuck before the events of the B.C.S. series. Some, even speculate that Jimmy improvised the entire thing – given how harsh the actual letter is, though until we see for certain next week, we won’t know. 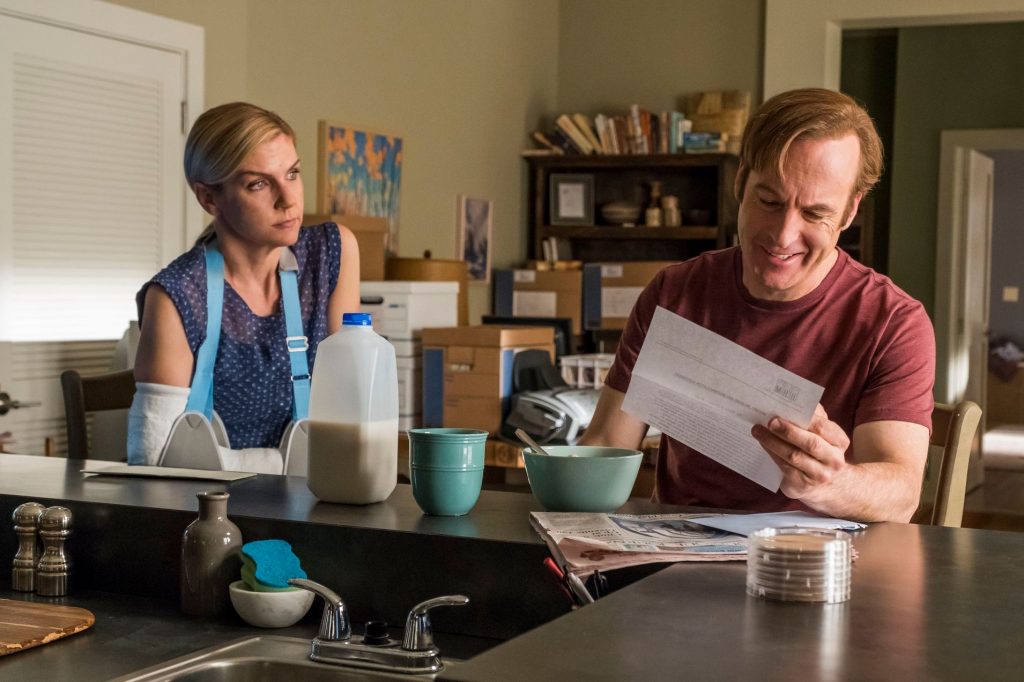 ‘Something Beautiful’ : The Verdict

Again, pandering off the method of ‘The Secret’ Better Call Saul does a good job on keep its audience on its toes – especially with the Nacho and Gus story lines. Surprisingly, Mike has done little this season. While Jimmy keeps up the song and dance routine even though we know something is terribly wrong here.

Above all else, this season has done this great job continually masking the main characters true emotions. The fans, wanting to know when the great reveal will occur: about Jim and Kim’s true feelings about Chuck’s death. I wonder how this chink in the foundation of trust in their relationship will effect both characters moving forward – though my guess is something happens where Kim soon leaves Jimmy as Chuck did (Though not necessarily by death) and that perhaps his loneliness is what creates the Saul Goodman character.

In the meanwhile, we get to see the rise of Gustavo Fring. Which is something I think no fan is complaining about.