For better or worse, family shapes your life. Such is the case for both Mike and Jimmy in “Pimento”, the next to last episode in the first season of Better Call Saul. For Mike they’re his raison d’etre, and out of love he does what he does. Alternatively, as James McGill discovered, family can be your worst enemy.

In order to provide for his granddaughter, Mike starts his criminal career with a low-level protection job, reminding us that he’s been a badass long before Walt even thought about the Meth biz. During the job we learn a bit about Mike’s “code” and how he’s able to transition from not-so-clean cop to stoic criminal. The speech he gives to his all too green boss “Price” (not his real name) boils down to evaluating a person based on their integrity regardless of what they do. It’s an important distinction to note for all the characters.

For the McGills, things at the beginning of the episode seem to be going well. “Seem” is an interesting word. It gives us an impression, and more often than not, that impression proves to be false. So despite their growing bond and friendship born from working together, the partnership in “RICO” made us wary. Partly because we noticed Chuck’s knee jerk reaction to his brother passing the bar, and partly because we know what Jimmy becomes. However, he clearly needed the help and Chuck was more than willing to give it. (In fact, he offered it.) There’s no denying Chuck has a sharp mind for litigation, he accurately predicted that Schweikart and Cokely would react with a restraining order. And Jimmy is more apt at arguing, which he does to successfully fend off said restraining order. But when Chuck suggests (and rightly so) that they need help, specifically the help of HHM, our collective “spidey-sense” went off. 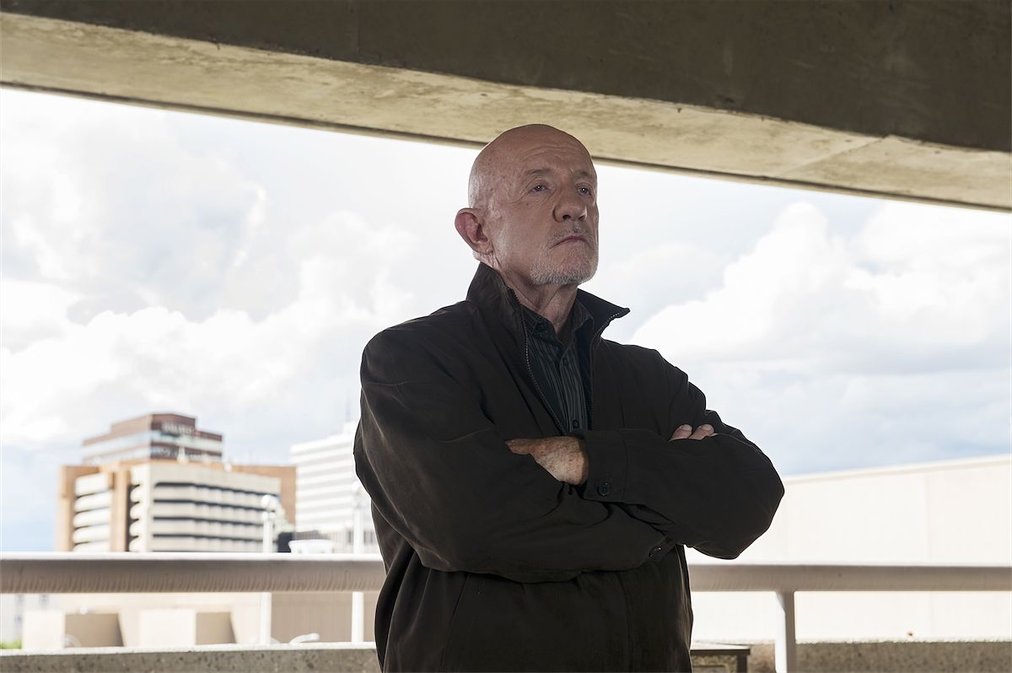 For most of this episode Gilligan toys with the audience, forcing us to watch as Jimmy gets hung out to dry. His hints speak volumes, validating what we already assume. As Jimmy trudges off acquiescing to Chuck’s suggestion, making aside comments about getting an office and being out of the mailroom, we stay on Chuck and his expression. That night, we see the extent Chuck goes to to make a call behind his brother’s back. Even though we don’t hear any worthwhile moments of the conversation, we know what’s coming.

It’s apparent that Jimmy is losing control of his case when the two brother’s arrive at their old office. Jimmy is left carrying the two boxes so that his brother can bask in the fabricated glory of his peers. It comes as no surprise to us, when Howard tells Jimmy they just want the case and not him. Chuck’s reassuring manner as Howard clears the room and his “astonishment” when they’re given the news is hollow, and adds a new depth to why we dislike him. Still we don’t know. Not entirely, it’s just an inkling. When Kim goes to bat for Jimmy, we see Howard predictably acting like a hardass only to soften up ready to reveal…something. This revelation leads Kim to advise Jimmy to take the deal, and still, we as an audience are dancing around the edges but now Jimmy begins to connect the dots.

At the end of the episode, Jimmy corners Chuck with his own “I know it was you” scene, and finally we hear it straight from the horse’s mouth. Despite all the hard work and talent, Charlie does not, has not, and will not ever see Jimmy as a real lawyer. He hides behind the need to defend “the law” and it’s sanctity, but it’s means to justify his ivory tower mentality where a diploma and not merit matter the most. Granted Chuck has his reasons to mistrust Jimmy, but the length he went to deceive and circumvent Jimmy’s success is earth shattering. He’s blind to all the good and caring he’s done (specifically for him) all he sees – all anyone sees – is a con-man, a joke, someone who can’t be taken seriously. And as Jimmy leaves Chuck’s house, supposedly for the last time, his look says “if Slippin’ Jimmy is all they see, well by God, Slippin’ Jimmy is what they’re gonna get.”

And so the road to him becoming a “criminal…lawyer” comes into clearer focus.