This week on Awkward: Yearbooks are out, Matty is still unpopular and Jenna is awarded the title of “Most Depressing.”

Jenna’s foray into popular land has ended and now she does not know how to dress for school. Should she wear her old boring ‘Jenna’ hoodie or that sparkly shirt that shows off her rack. While contemplating her outfit Lacey enters the room and grabs the hoodie. The hoodie is the perfect item to wear to the PHHS Mother/Daughter banquet where moms go up on stage and impersonate their daughters in front of the entire female senior class. This is the most bizarre school event I have ever heard of, but apparently Lacey has been waiting for this day since Jenna came out of the womb.

When Jenna arrives at school Theo and Cole are handing out the year books, to which they made a few changes. These guys are literally just throwing the yearbooks out into a crowd of students who are gathered around the pair like a bunch of wild hyenas. Tamara shoves her way to the front to grab yearbook and immediately flips to the superlatives to find that Jenna was vote most depressing. 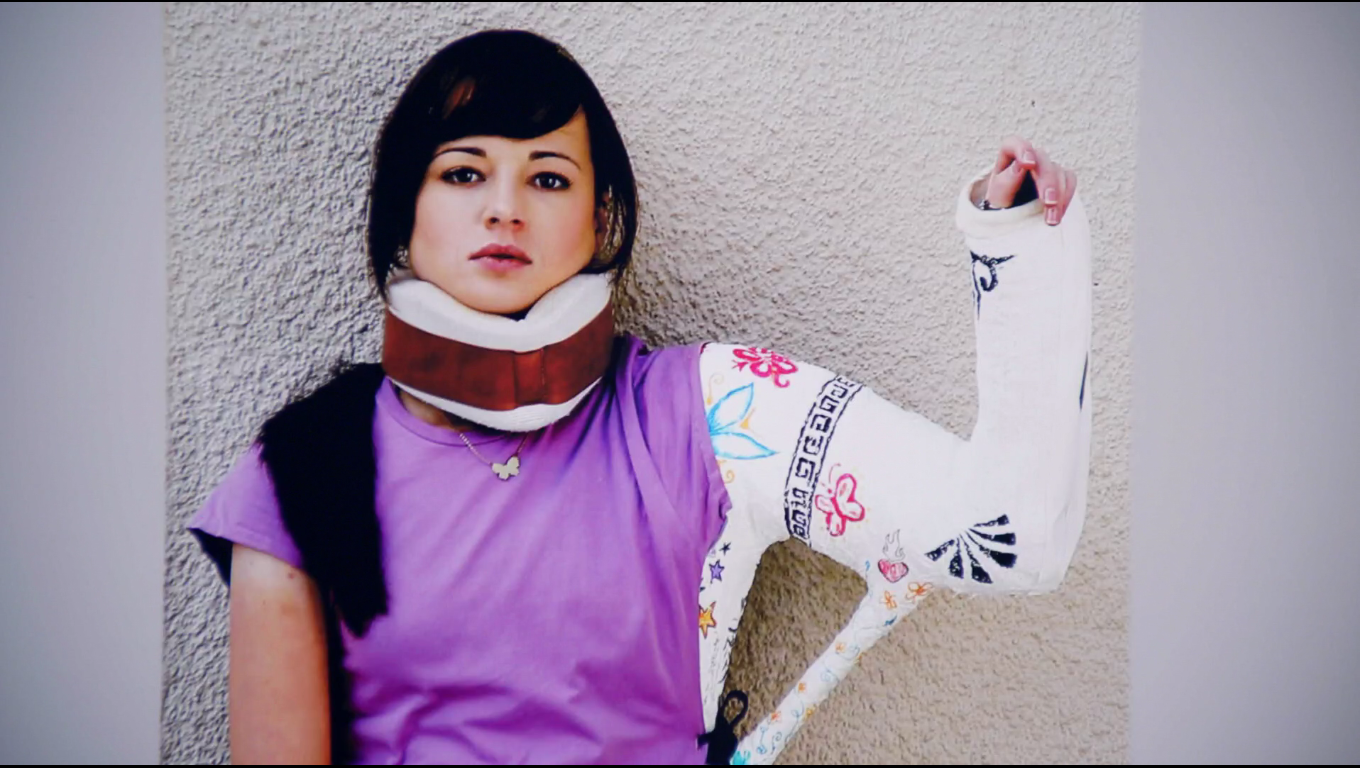 This Is a huge blow for Jenna, who was convinced she would win ‘Most Improved’ or ‘Best Transformation.’ I mean, she hasn’t been suicide girl since sophomore year! T understands why Jenna got this title:

Tamara: Well there was that one semester where you ditched all your friends to hang out with MaryJane and that douche Colin. Oh, and I guess the low class rank and the whole not getting in to SCU thing. And you’re always kinda in this constant state of analysis paralysis on your face.

Matty and Jake got voted best bromance, to remind the viewers that the two are still in a bro-feud. More importantly though, Tamara got voted most likely to marry a deaf guy, which may be the best superlative ever given. This is coming from someone who received the senior superlative of “Most Likely to Hit A Stationary Object.” I couldn’t make that up if I tried.

Jenna goes home only to discover that all of the superlatives from her mom’s senior yearbook came true. Ally got voted strongest liver, Lacey got most likely to not go to college and Jenna’s dad got most likely to knock up a girl. Jenna needs some good old fashion advice from her always reliable guidance counselor. Unfortunately the blonde sitting in the office is not Val, it is Lissa. A few days earlier, Lissa wandered into Val’s office and was mistaken for a guidance counselor. Since that day she decided to just take over Val’s role. Lissa couldn’t be any worse than Val right? Jenna shrugs this off and decides to unload all of her problems onto Lissa. Lissa just scoffs and tells her that people have real problems and that only her friend’s opinions matter. Not the best advice, but certainly not the worst.

Matty and Jenna exchange books to sign and Jenna spends all night trying to craft the perfect yearbook inscription for Matty. She wants it to show how much she cares about him and how important their friendship is to her. Suffice to say, Jenna is pissed when she discovers all that Matty wrote in her yearbook was “You’re one cool chick.” To pour some salt on her open wound, Lacey picks this moment to barge into Jenna’s room and reveal her banquet costume which is Lacey wearing a fake full arm cast. 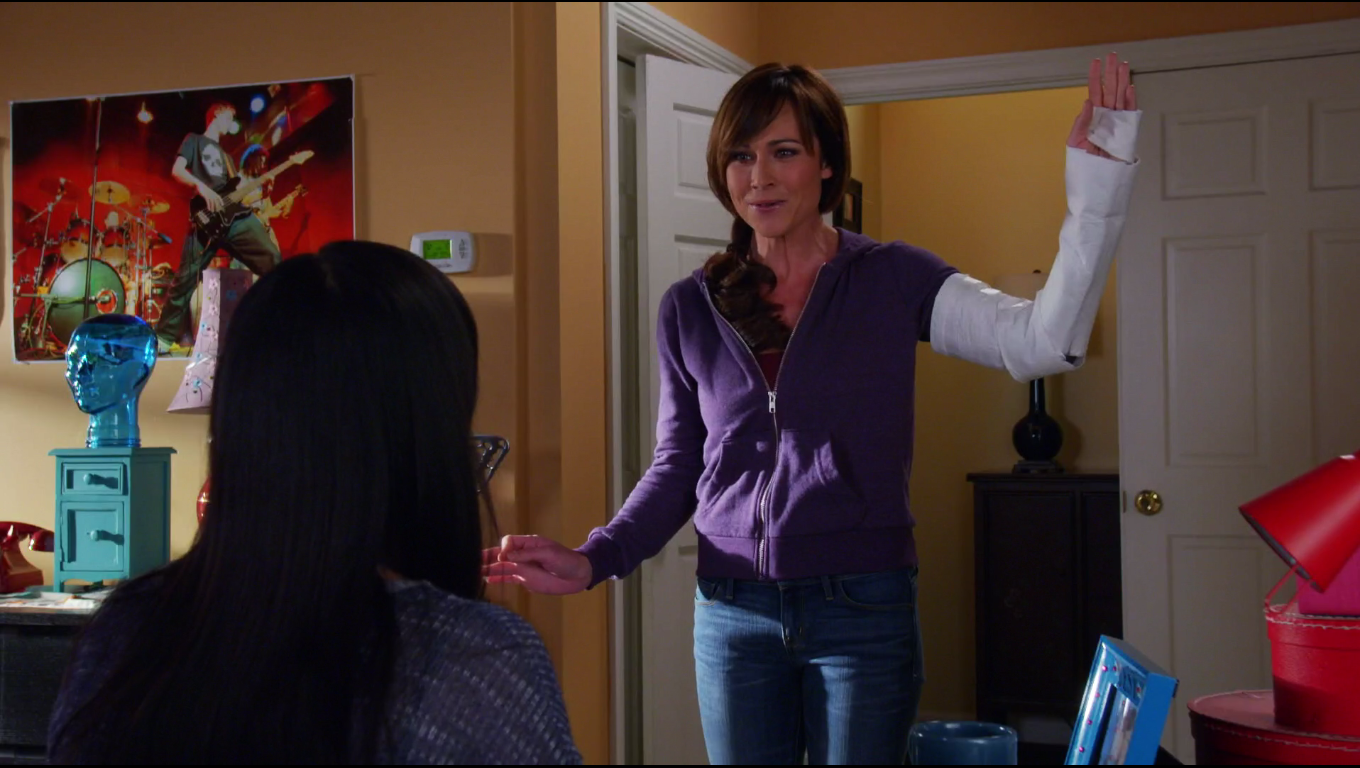 Jenna has had enough of being looked at like Sophomore year Jenna. As if all of her growth over the last three years has been for nil. She lets all of her anger out on her mom by asking Lacey how she would like it if everyone saw her as the short-skirt wearing mom who wrote a carefrontation letter to her daughter. Lacey is hurt and heartbroken and tells Jenna to learn how to take a joke. This is a hard one for me, because I see Lacey’s side, but I also see Jenna. These two are now in a good place; Lacey has apologized and has shown Jenna that she loves her daughter and is trying to make up for her mistakes and Jenna shouldn’t bring this up just to hurt her mom. That said, Lacey does not have the right to bring up one of her daughter’s worst memories (which Lacey was the catalyst for) as a joke. Even though the two are in a good place and they have moved past the incident, it does not make what did Lacey okay.

Lacey receives Jenna’s message and does not use any “Depressing Jenna” material during the Mother Daughter Banquet and this causes her bit to bomb. After Jenna sees her mom flailing on stage she runs up to save Lacey by making joke about how she is depressing. The two hug and makeup and all is well. The only thing left for Jenna to do is confront Matty (who snuck in to watch the banquet with creepy Kyle) about his yearbook note. He explains that Jenna is his best friend and that he knows her so well, but because he is a dude, he was only able to express this by writing “You’re one cool chick.”

In Sadie News
Even though Sadie is barely with any other main characters this season, I am loving her story lines. Ally stops by the school for the Mother/Daughter Banquet only to find out that Sadie will be taking Darlene instead. Ally is uncharacteristically upset and even says to Darlene (about Sadie) “We drive each other batshit insane, but at least I am actually around.” Is that Ally showing genuine compassion for Sadie, or am I hallucinating? Darlene lets that roll off her shoulders and then shows Ally the most horrendous impression of Sadie that she is planning to perform at the banquet. It is so bad I hid my face under a blanket because I was embarrassed. Ally realizes that if Darlene goes on stage and performs that it will crush Sadie so Ally coaches Darlene for the banquet. 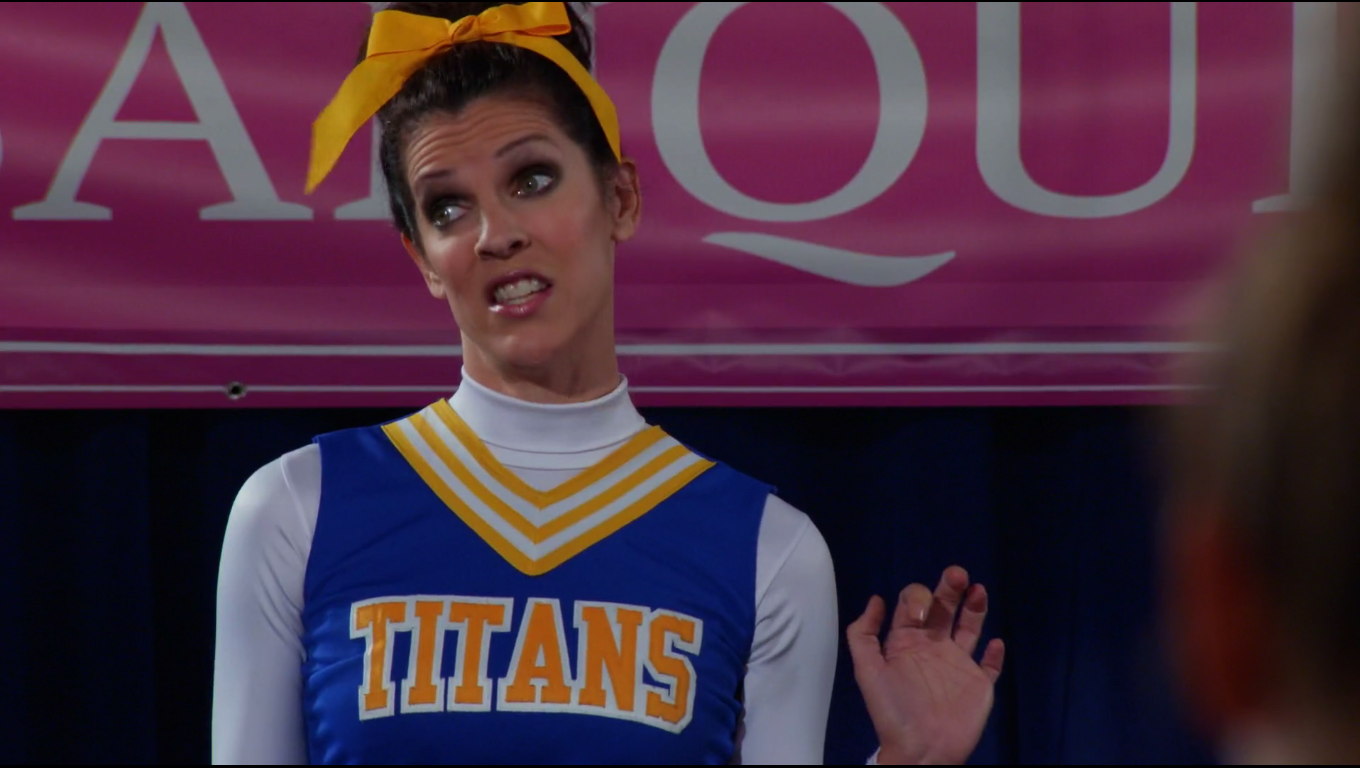 Darlene goes up on stage and nails the performance. Sadie watches her mom and tries to pretend she hates the performance but she can’t. Her mom is on stage proving to everyone that she knows and loves her daughter, and not even Sadie can fight the smile from forming on her face. Meanwhile, Ally, the parental unit who actually knows Sadie the best is sitting on the side getting no recognition. 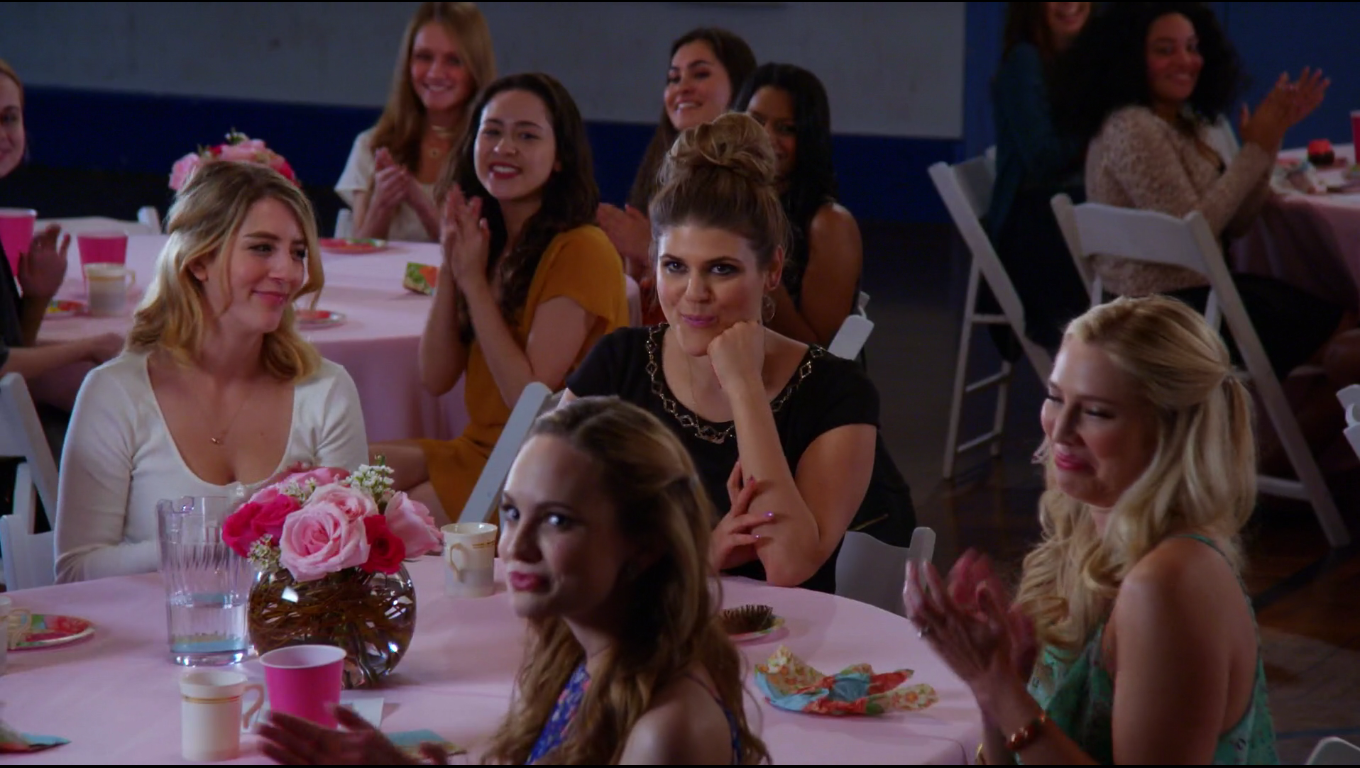 Quote of the Week

Ally: Which reminds me, I need to try out a new white wine option. This one tastes like it’s low on alcohol content. I can feel my body rehydrating.