This week on Awkward: PHHS’s social hierarchy is turned on its head as Jenna is suddenly popular, and Matty McKibben is the uncoolest of cool.

“Jenna in Wonderland” begins as Jenna looks at all the pictures people are posting from the blackout party, which she never got a chance to attend. Everyone’s comments about how awesome her party was just makes her more depressed about her absence. She needs something to cheer her up ASAP. Good thing there are cupcakes in the kitchen waiting to make her feel better. Unfortunately, these penis cupcakes were reserved solely the sex toy party Lacey will be hosting later that night and are off limits to Jenna. 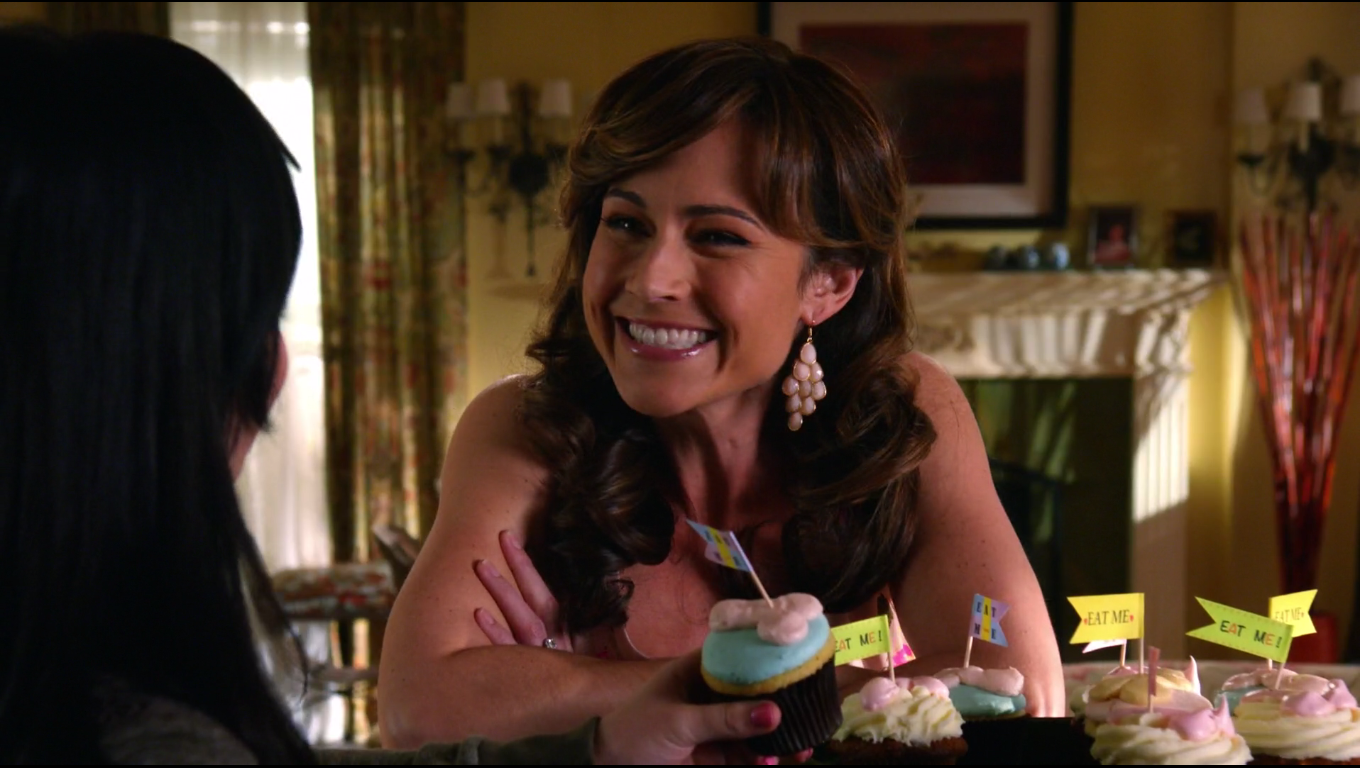 At school, while Tamara is showing Jenna her extensive pinterest board for her fake pending nuptials, the weirdest thing starts to happen. Students are actually noticing Jenna and even saying hi, even Troy Bangworthy! (I am not sure if his last name is Bangworthy or Langworthy, they do not make that clear. Also, are we supposed to know this guy?). Anyway, they can’t figure out why everyone is so post party partial to Jenna, especially because she was only at the party for half a second? T finally realizes that Jenna is now LEGIT popular! So popular the even the Julies want to take a selfie with her! Jenna finds a way to screw the selfie up by awkwardly blowing away some hair mid snap, but it is all good because she is legit popular now. The Julies diagnose Jenna with spaz face, and tell her to fix it by lunch for a reshoot.

Jenna’s popularity continues to soar when at lunch the Julie’s invite her on a triple date with some college guys. Jenna tries to make it a quadruple date by inviting Tamara along but T politely declines stating that it would be completely inappropriate to go on a quadruple date. She is an engaged woman, for goodness sakes! Jenna gets distracted when she sees Matty McKibben unable to sit at anyone’s lunch table. Matty has no recollection of the blackout party. He doesn’t remember anything about that afternoon including his screaming out “I am Matty Fucking McKibben” during his fight with Jake. To make things worse, the video of this incident has gone viral, and the whole school is watching it on repeat. Jenna lays the hard truth on him– the burnt slice of pizza he was served, being ignored in the hallways, being picked last in gym– these are telltale signs of being a loser. Matty McKibben is officially unpopular. Jenna apologizes for not telling Matty about Jake and Gabby sooner, and starts to ramble on about how trying to navigate the choppy waters of being exes, and friends, and friends with benefits is really confusing. Matty just smirks at Jenna and says “so you have been thinking about it?” Aw, Matty is just so adorable. He is truly upset about how he acted at the party, and really feels like shit about it. 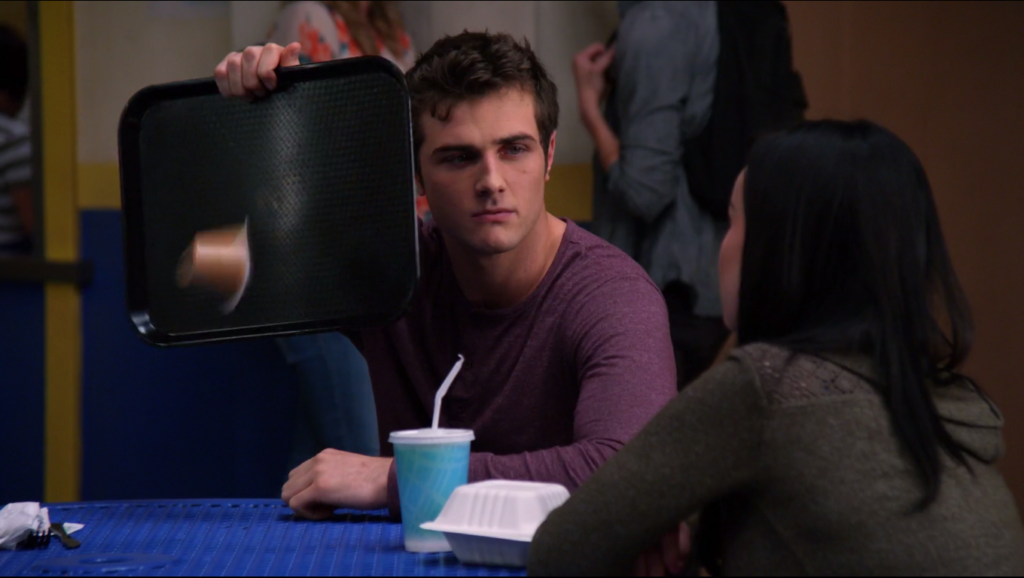 After lunch, creepy Kyle and his redheaded friend Leeroy approach Matty and offer to teach the ways of the unpopulars. First step, obtaining food. To insure adequate sustenance as an unpopular, be sure to go to the Home Ec. to garbage dive for food as their trash contains the least tainted items. Next, Kyle shows Matty the bathroom of the unpopulars, which is just a bucket located in the utility bang closet. Third stop on the tour, the science lab. Here Kyle introduces McKibben to some dead arachnids preserved in formaldehyde, which Kyle says will soon be his new friends. 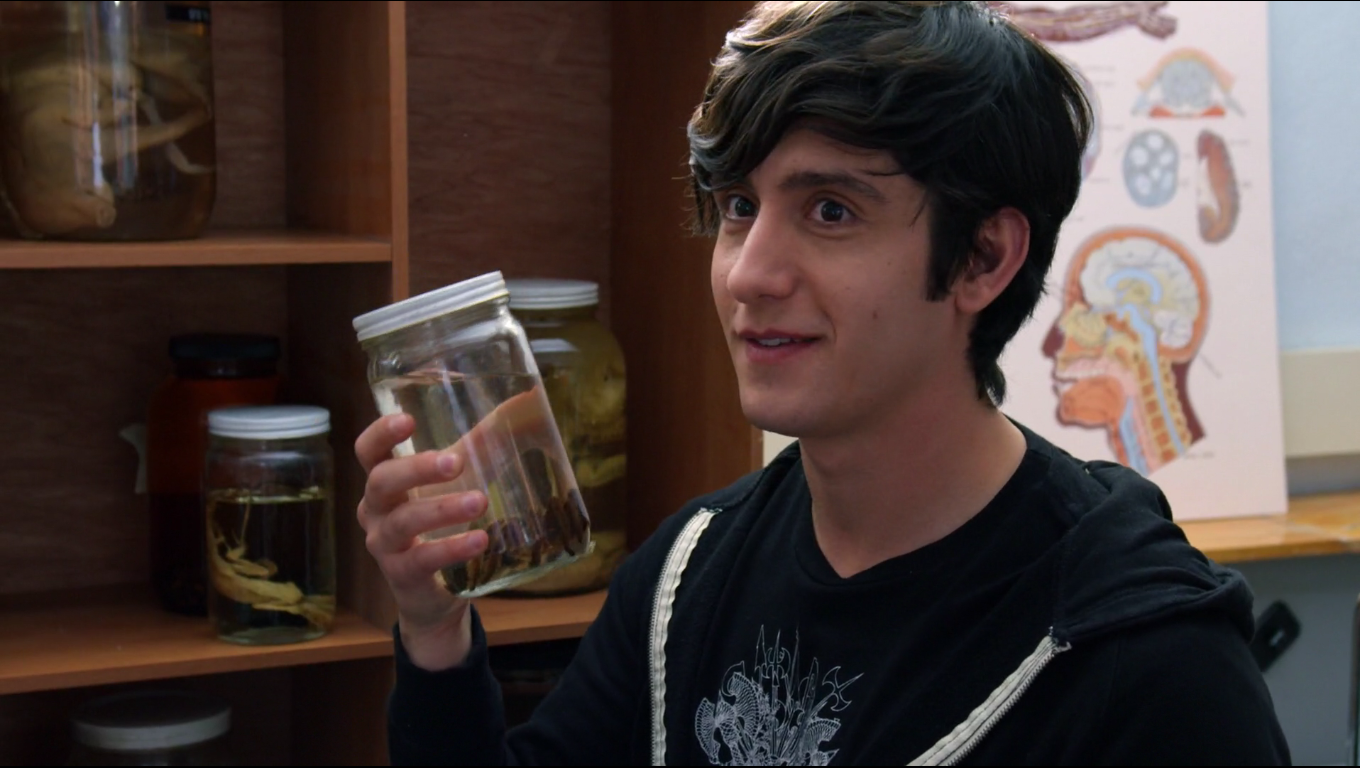 Matty thanks Leeroy and Kyle for the insightful tour and peaces the fuck out, to apologize to Jake for his drunken outburst. I actually think that Matty does a pretty good job of apologizing. Jake on the other hand is true to form in being a douche bag and rejects the apology. He tells Matty that being drunk is no excuse because when people are drunk, they speak the truth. No Jake, when people are drunk they lack a filter and do stupid things, which is not the same thing as speaking the truth. Jake jumps into his red convertible and drives into the sunset with Gabby who are now officially an item. Jake really needs to get off of his high horse. He confronted Matty about sleeping with his girlfriend, and keeping it a secret, while Matty was wasted off his ass. Did Jake expect Matty to just go “Oh, no big deal man, let’s hug it out.”

Over at the Hamilton house, every article of clothing Jenna owns is strewn across her bed as she tries to piece together a suitable outfit for her triple date. Luckily she has her own personal stylist for an occasion just like this, and calls to her mom for help. Lacey, who has been waiting for this moment since Jenna was born, races to her daughter’s aid. Jenna starts to freak out, via an internal monologue, about how if she can’t even pick the right clothes to hang out with the popular kids, how will she be able to act the right way when she is around them. Lacey calms her down by saying that she is a beautiful person on the inside, and on the outside she has a great rack, so she should wear a sparkly shirt to make those babies pop.

This date is actually the epitome of lame. They go to lookout point where the college bros drink brewskis and talk football while the Julies take selfies. After the Julies spend an hour taking selfies, it is time for the makeout session, and Jenna wants no part of it. Jenna’s douchebag bro says to her “Hello! Earth to Jenine, I think we’re supposed to be making out.” 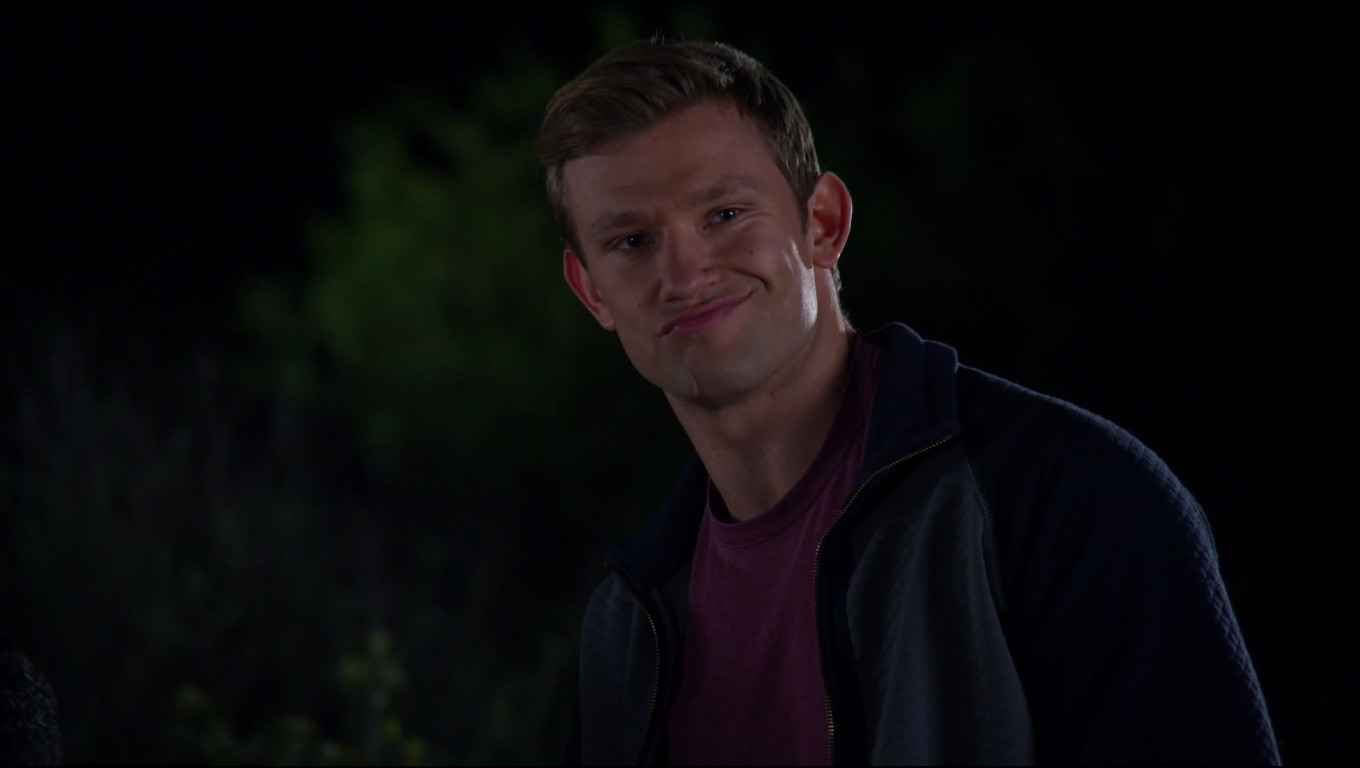 Smooth college bro, real smooth. After the Julies tell Jenna that she is embarrassing them by not giving college bro a handy, she realizes that the high school social ladder and popularity as a whole is a huge farce. She calls for an uber to meet up with Tamara. There is no place that she would rather be than planning a fake wedding with her best friend while eating some greasy pizza. She texts Matty to join her, but Matty is busy. He is rocking out with his new buds Leeroy and Kyle, embracing his new lot in life.

The theme of tonight’s episode felt a little too heavy handed. Jenna’s epiphony about the value of popularity felt too on the nose. I mean hasn’t the entire series been about this? Why did they feel the need to take the theme of the entire series and make a thirty minute after school episode about it?

In Sadie News
Sadie is super pumped this week because she gets to attend the freakshow that will be her aunt’s drunken sex toy party. Since Ally will only let battery operated man parts in her party, Sadie will have to bring Lissa for company. And truthfully, that is her entire storyline. She sits there and watches her aunt’s drunk friends play with sex toys and helps Lissa’s mom “loosen up.”

Sadie Quote of the Week: (because Val is MIA)

Sadie: When God made your mommy, he put a stick way up her ass.