This week on Awkward: Jenna is transported to a Sex and the City dreamland to face her ghosts of  boyfriends past while Tamara drives down the coast to win back Adam.

Jenna and Tamara decide that the best way to deal with fallout of Tamara’s dis-engagement party is by binging on white wine, pigs in a blanket and Sex and the City. Unfortunately for the pair, Jenna accidentally grabs the DVD entitled Sex and the Titties, which her father decided to hide among the rest of the Hamilton DVD collection.

As the pair starts watching the non-porn version of their favorite show, Tamara starts freaking out about how Adam was probably her one true love, her Mr. Big. I am not sure I will ever understand the glorification of the Big/ Carrie relationship. He was an asshole to her for most of the time they were together. He had an affair with Carrie while he was married to another woman and she was dating Aiden. If there is any relationship you should aim for from Sex and the City it is should be Charlotte and Harry, am I right?

When Tamara realizes that she needs to go find Adam and win him back, Jenna tells her best friend to follow her heart. Just kidding, this is self-absorbed Jenna we are talking about, so what she ends up doing is trying to convince T to stay so Jenna does not have to think about her own problems. Jenna throw out every excuse she can think of for why Tamara shouldn’t go after Adam, including that “nothing good happens after midnight” (an incredibly false claim) but T finally can’t take any more of Jenna’s shit. She tells Jenna that the fact that Jenna doesn’t think going to find Adam is a good idea is the main reason she should go and chase Adam. She follows this by telling Jenna that she is sabotages every relationship she touches and then peaces in search of her beloved Adam.

Once Tamara leaves, Jenna gets sucked further into her vortex of self-pity. First, Jake stops by in search of Gabby, and admits to Jenna that she is the sole reason the two of them broke up back in the day. Next Jenna falls asleep and emerges in a Sex and the City dream land. This entire storyline is so ridiculous that it is painful to watch. Jenna, of course, is the Carrie Bradshaw of the dream and is dressed in Carrie’s legendary pink Tutu. 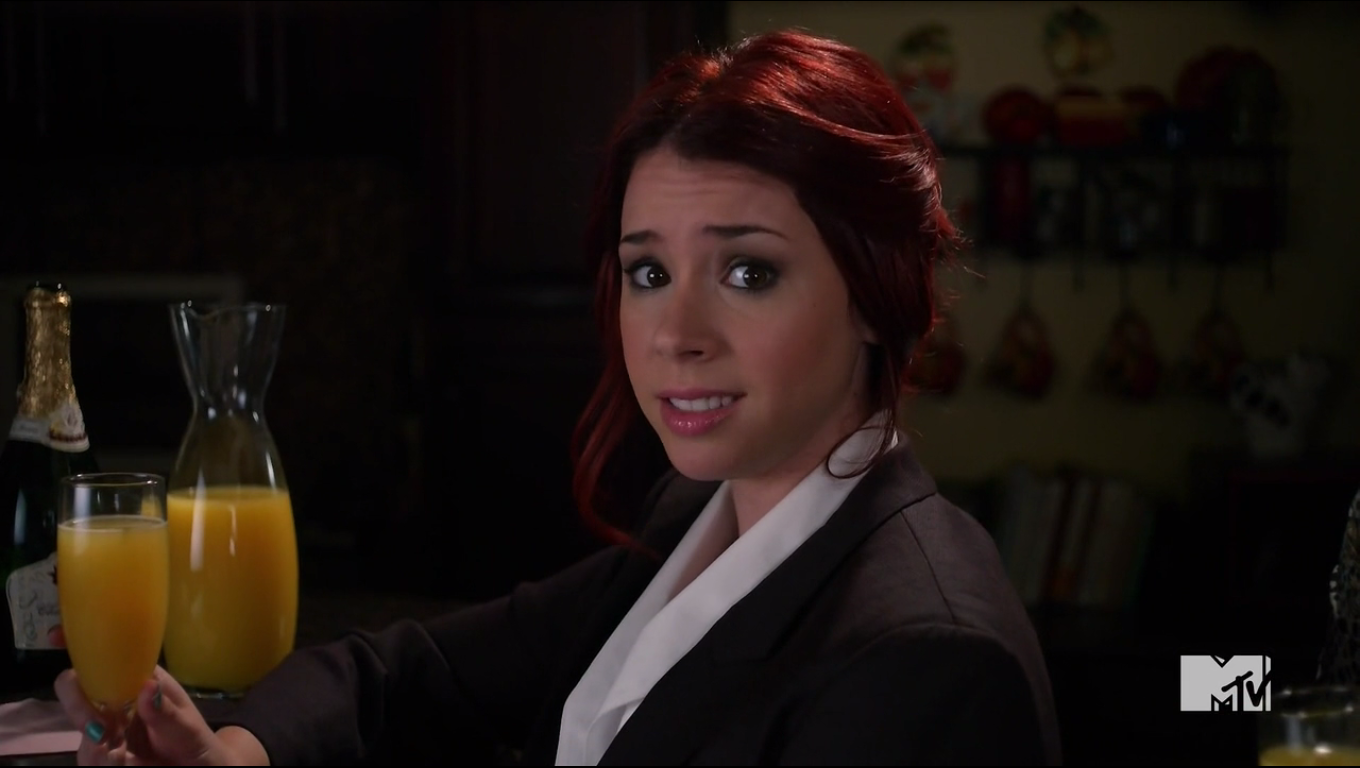 Tamara is dressed like a power dyke, which I assume means she is supposed to be Miranda. Sadie is speaking the truth in a pretentious voice, meaning she is Samantha and Lissa is playing Charlotte because she is the only character left. As Jenna’s Sex and the City dream continues she talks to all of her exes (who say she is a horrible girlfriend) and Sadie (who says she is a horrible person full stop) and realizes that Matty is the reason that Jenna sabotaged all of her previous relationships. She wakes up with a start and exclaims outloud

“Oh my god. It’s Matty. I’ve never stopped being in love with Matty.”

Let’s give a hand to Jenna for finally coming to the conclusion that everyone and their mom has known for years. It feels like the show wants the viewer to be proud of Jenna for coming to this obvious realization, but I couldn’t. I actually rolled my eyes at my TV screen as she had this epiphany. 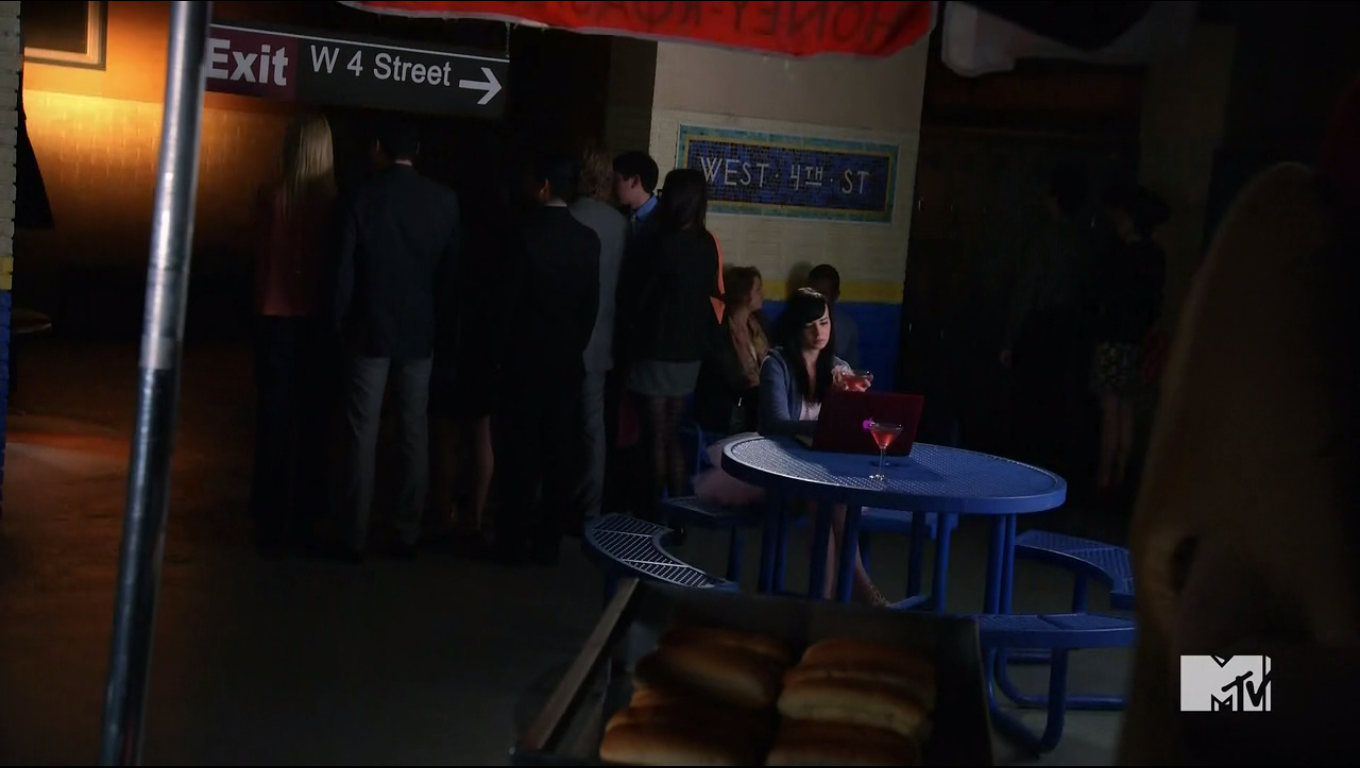 Now we can get to the one actual interesting storyline of the episode. Tamara has ditched Jenna and is driving down to Adam’s base when all of a sudden Gabby pops up from T’s back seat causing the both girl to freak out. Apparently while T and Jenna were busy watching Sex and the Titties, Gabby decided to take a nap in Tamara’s car. T has no time to turn back, so drunken Gabby will just need to come along for Mission ‘Win Adam Back’. After Tamara’s first failed attempt at contacting Adam, Gabby and T sit in the car and start to bonding over Jake’s weird sleeping habits (apparently if Jake does not get a full hour of sleep, he throws a tantrum). 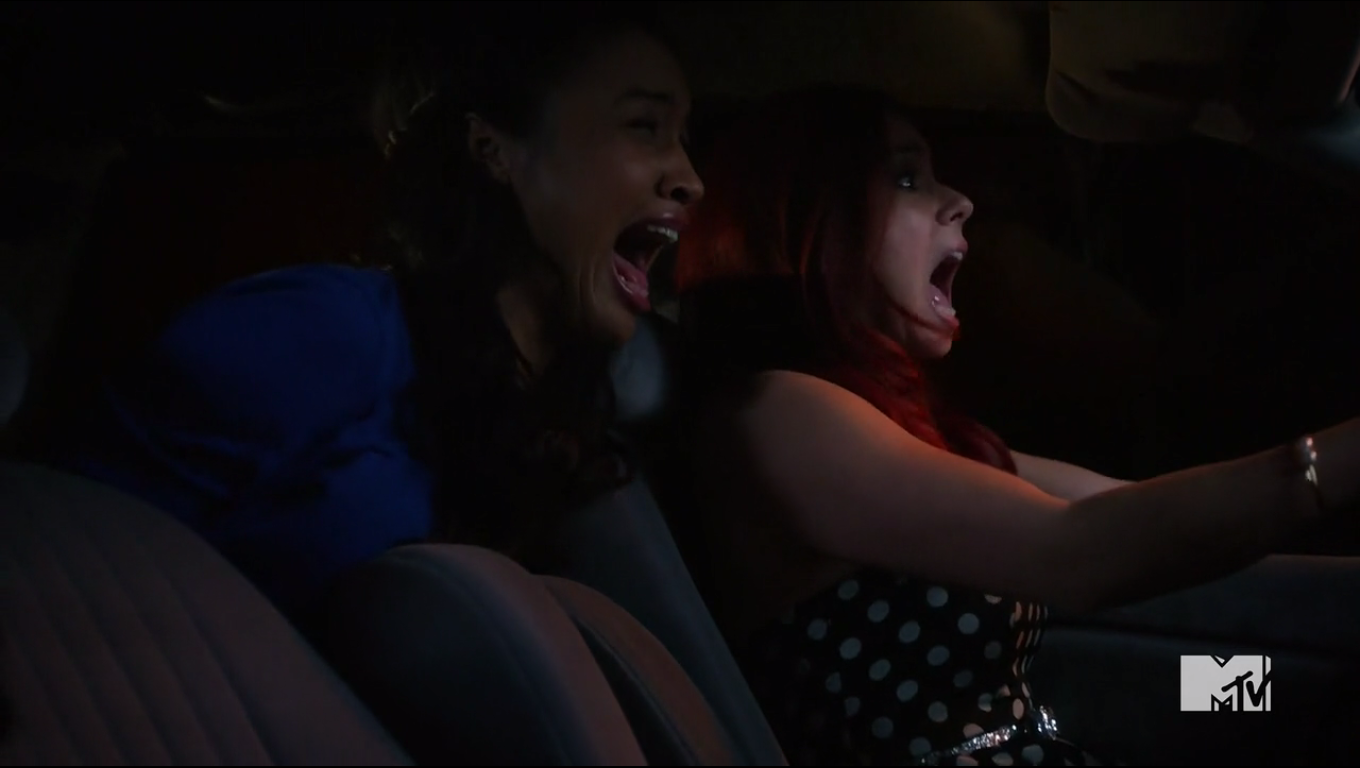 Correct me if I am wrong, but I think this is the first time these two have been alone in a scene together. Gabby decides to help a sister out convinces the marine guarding the military base to order Adam to come down and talk to T.

When Adam comes down though, Tamara is unable to express her true feelings to him. Instead she rambles about how she got obsessed with wedding planning and being patriotic and supporting the troops and how this whole thing is really funny if you think about it and that it really isn’t her fault. Adam is having none of Tamara’s shenanigans. He looks her straight in the eyes, tells her “You took my Grandma’s ring” and walks away. When T gets back to the car, Gabby tells Tamara if she wants Adam’s forgiveness she has to girl up and actually apologize. The next morning she does just that. She tells Adam that she is sorry, and that she should never have accepted both of his proposals but now she knows that she truly loves him. She needs him to give her second shot. T broke Adam’s heart though, and he is not willing to give it back to her, so he says no and goes back to jogging with his fellow marines. Gabby and Jake (who has finally arrived at the base after driving all night) run up to comfort Tamara and it is sweet and heartwarming. Who would have ever guessed that a storyline including Gabby, Jake and Tamara would be the most interesting storyline in an episode?

What did you guys think of Jenna’s Adventures in Sex and the Cityland? I would love to hear your thoughts!

Tamara: Do NOT Ralph and Roll all over my upholstery, my mom will go full on American Psycho. There’s a plastic bag full of plastic bags under the passenger seat!

Previous article
NXT Takeover: Respect: B-A-Y-L-E-Y V-S. S-A-S-H-A B-A-N-K-S
Next article
‘The Grinder’ review: But What If He CAN?