Space Phrasing. Yes, that’s a confirmed gag in the tenth season of FXX’s Archer. Because this season, as hinted by last year’s finale, is set in the final frontier: space.

Featured as the last panel at NYCC, the preview of Archer:1999 was a befitting send-off to the con, filled with science fiction tropes inspired by movie classics such as Alien, The Last Starfighter, and Star Wars.

Moderating the panel was the show’s executive producer, Matt Thompson. He did a good job answering questions from fans while interviewing/riffing his cast. 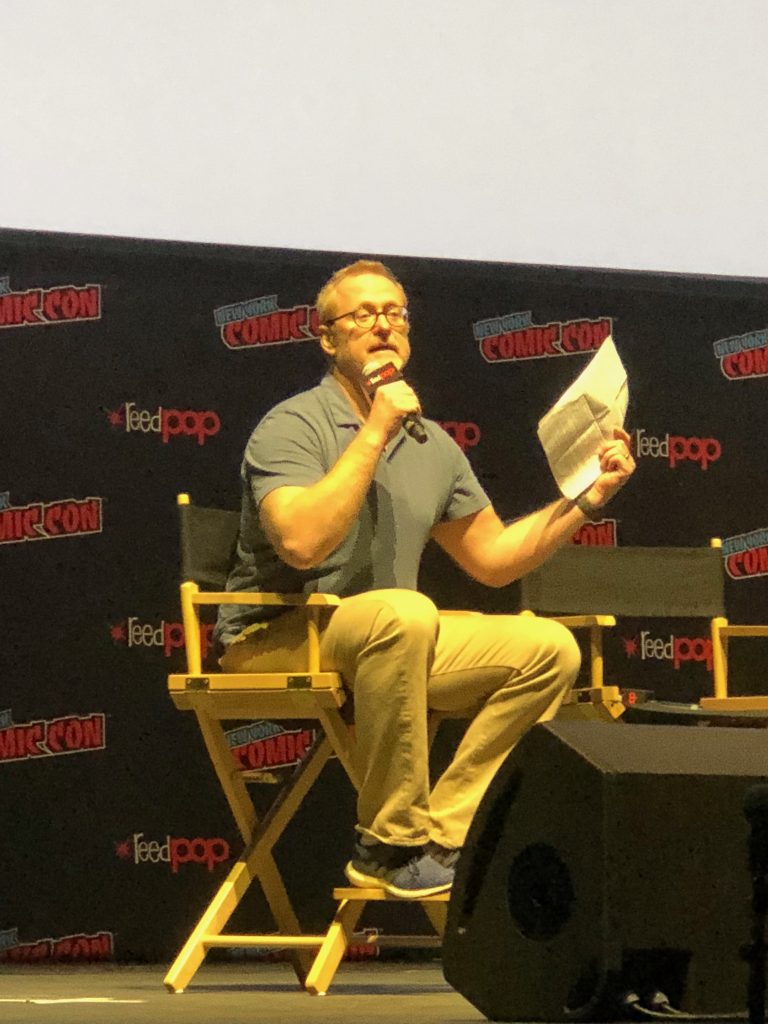 “Ready to see a bunch of tight-knit group of people being shitty towards each other?!” – Matt Thompson, as he addresses the audience.

Featured, were cast members H. Jon Benjamin (Archer), Aisha Tyler (Lana), Amber Nash (Pam), Chris Parnell (Cyril), and Lucky Yates (Krieger). Arriving late in attendance, with a standing ovation from fans, was Jessica Walter (Malory). The panel was hilarious. With H. Jon Benjamin being made fun of for selling out via Arby’s money, and Aisha Tyler being acerbically witty in comedic deliberation – calling bullshit, but also keen on sensitive issues.  Even Jessica Walters joined in on some of the raunchy jokes of her cohorts. 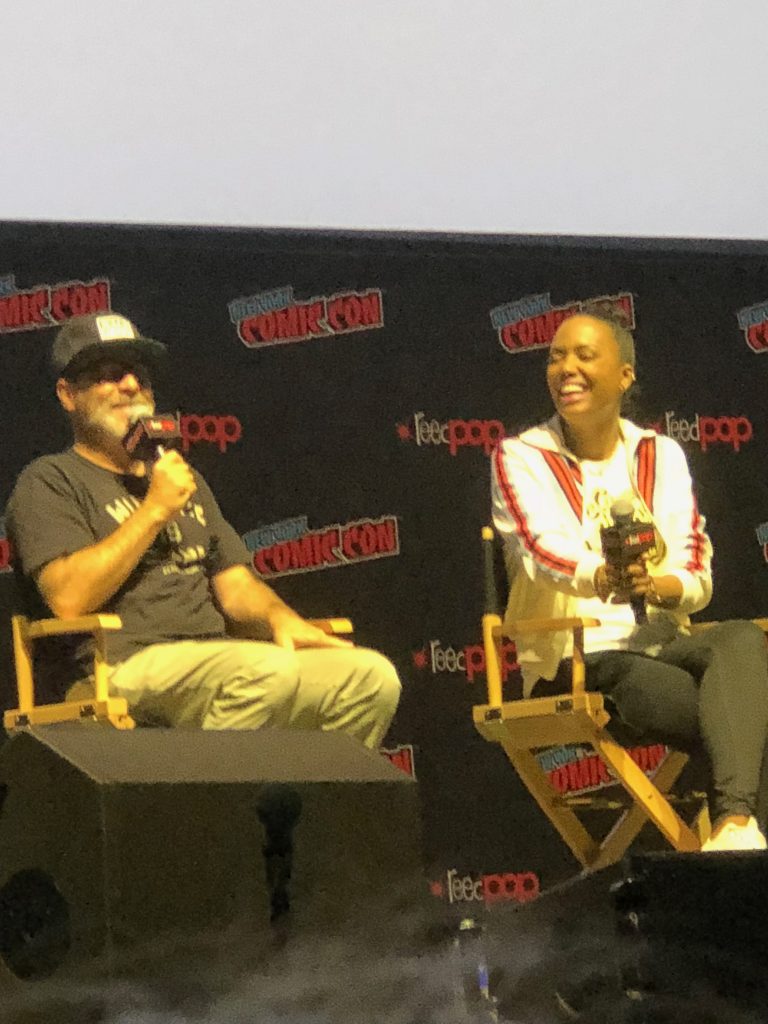 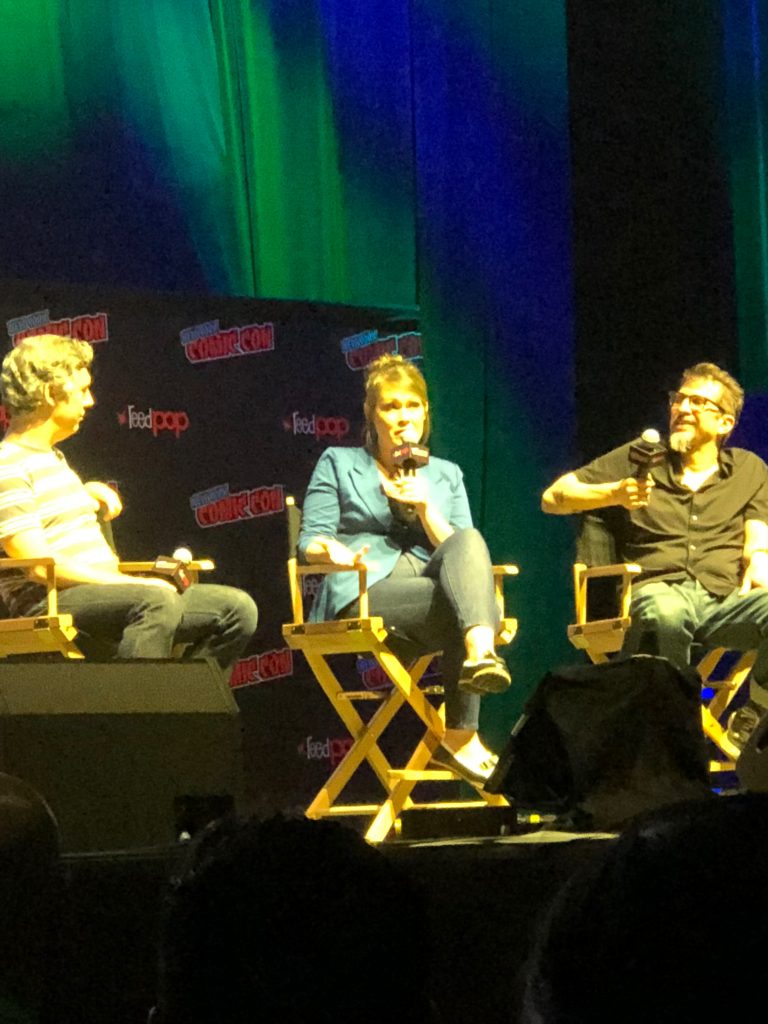 The season premiere preview started with Archer and Malory aboard a space vessel – the crew tucked away in stasis lock. It begins like the movie ‘Alien’, with Archer as Captain and Malory as a sort of guiding light. A literal ball of energy this season. Though still very much herself.

They dock with a mysterious ship, though it’s less rescue mission, and more Malory seeking to be space pirates. Things go awry, the crew awakens, and there’s your typical group debacle – broken by an encounter with an adorable little green alien (Portrayed by Sam Richardson).

This season, Archer and Lana are divorced. She’s really having at it with him, taking ownership of half his things, including the ship. Aisha Tyler joking, that she’s pooling from her own recent experiences.

Malory is an energy being. Though it seems she can change appearance into her human form. Despite this, she’s still very much herself. Malory is temperamental, judgmental, slightly vain, and yet ever cunning; above all else – kickass.

Krieger has turned full android. Fully embracing the role of Bishop this season. Though it’s also implied in the panel, that he’s gone full Ken Doll in the genital region. Yet, an enthusiastic Lucky Yates implied, there must be attachments for his character; some assembly required. After all, this is Krieger we’re talking about.

Speaking of which, Barry makes a return, though is a full-on robot. Part of me wishes this means he’ll be more like HAL 9000, but we’ll have to wait and see. Likewise, Brett is also making a return. Fans will remember him as the loveable coworker who always misfortunately gets shot (I hope he’s a Greedo look-alike that gets shot in the series).

Finally, Pam is a rock monster. A literal gigantic rock monster. One of the running jokes, according to Amber Nash, is how Pam seemingly sizes up every season. This year, seeing her most massive form to date. We learn in episode 2, that Rock Monster Pam can also, in fact, get boners – though not a physical one. Her species, whatever that may be, emits an overpowering stench when aroused. A running joke for the season is that you can smell Pam’s boners.

A noticeable feature of this panel was just how friendly the cast members were with the fans. There were returning Q&A questioners from last year and even some from SDCC in attendance. One of whom created a shirt for H. Jon Benjamin that said: “I Love Jessica Walters”. An attendee even requested the cast autograph a piece of artwork for her, which Matt Thompson obliged. I’ve never seen this sort of heartwarming fan service. The ‘Archer’ crew truly loves their fans. 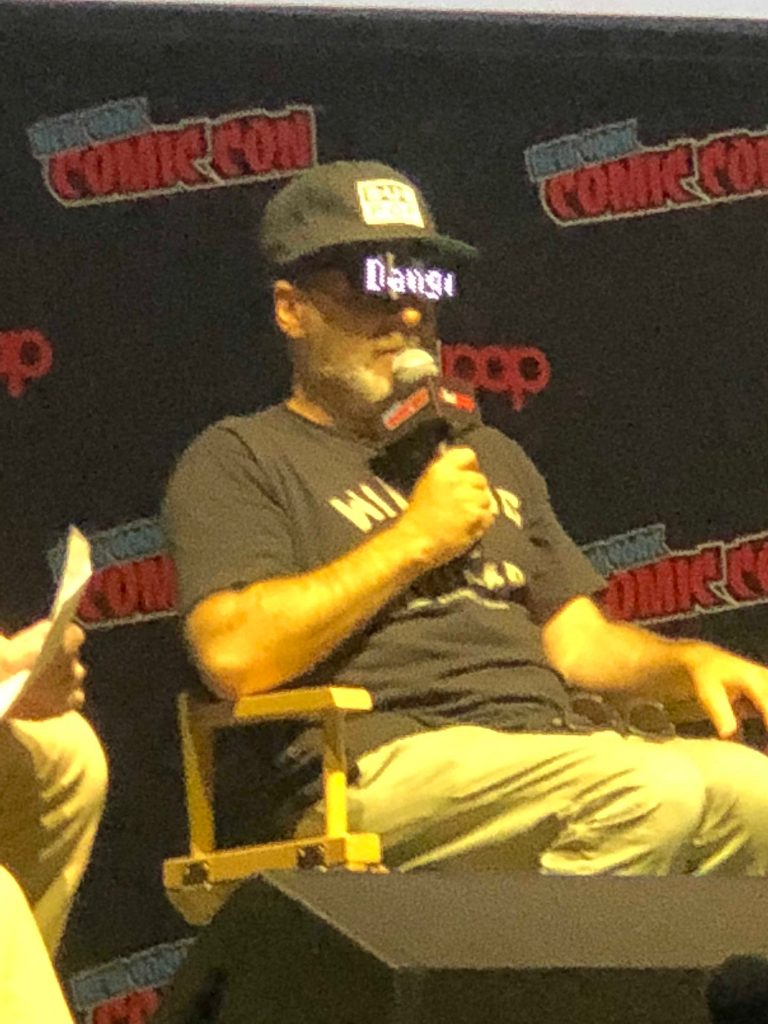 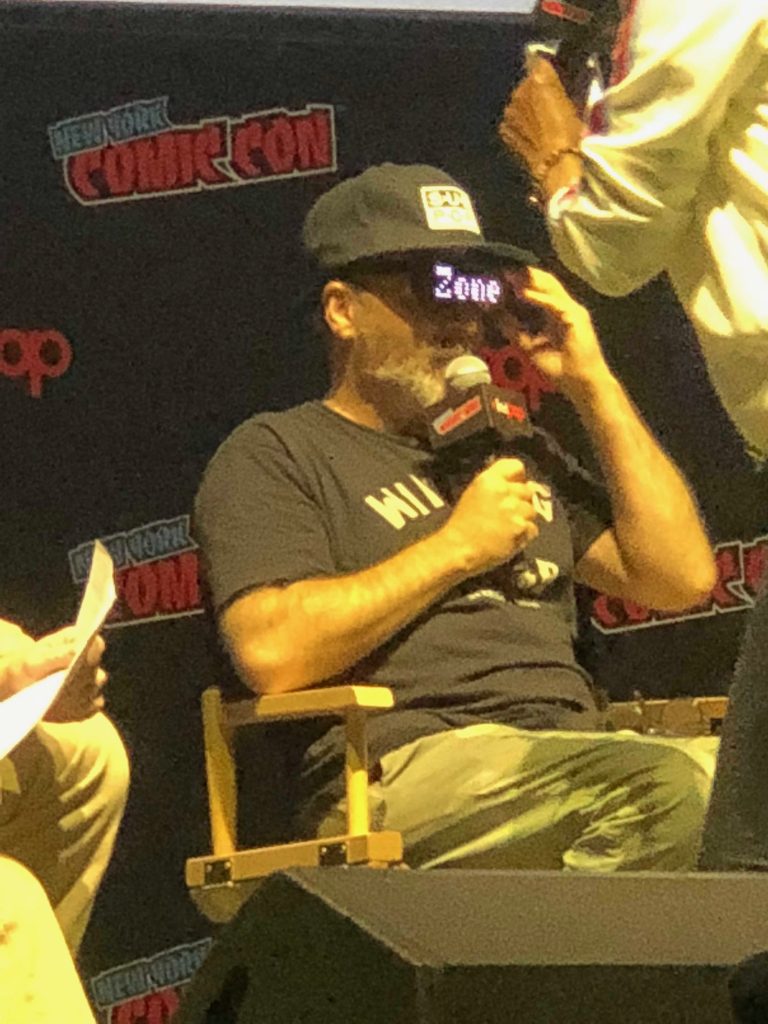 H. Jon Benjamin and Aisha Tyler borrowed a fellow fan’s custom made glasses for Comic Con. You can see them scroll out ‘Danger Zone’. 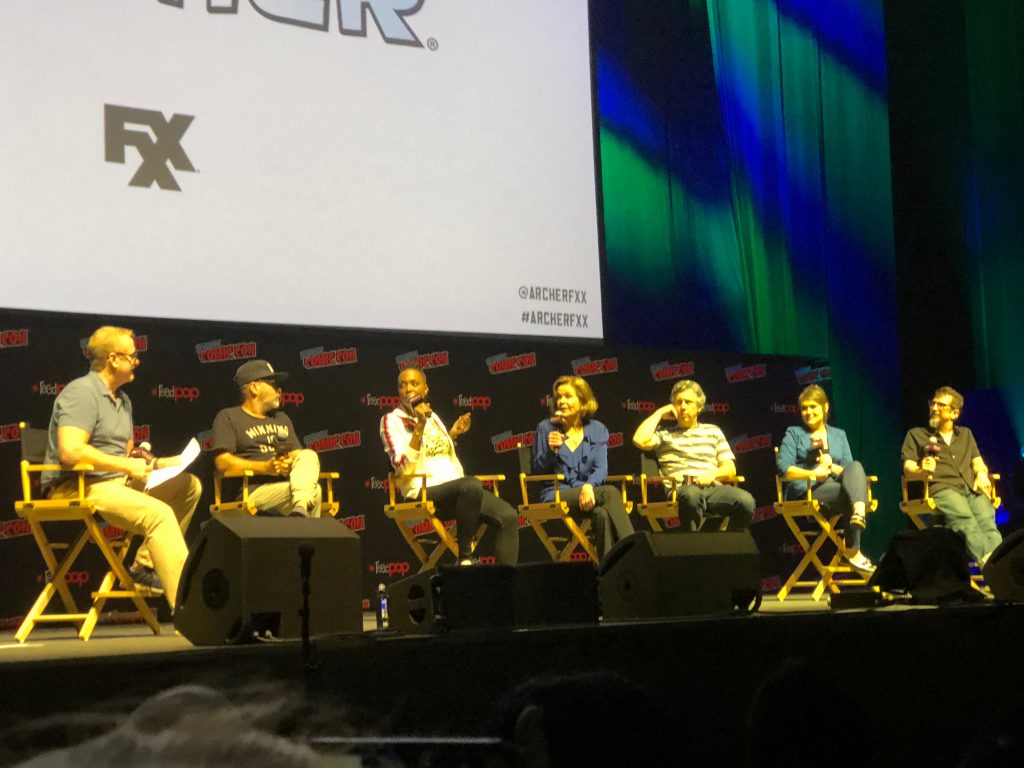