CultureTVTV Reviews/Recaps
November 16, 2020
By: Christian Angeles
Animaniacs -- Theyre back! The Warner brothers, Yakko and Wakko, and the Warner sister Dot, have a great time wreaking havoc and mayhem in the lives of everyone they meet.  After returning to their beloved home, the Warner Bros. water tower, the siblings waste no time in causing chaos and comic confusion as they run loose through the studio, turning the world into their personal playground. Joining Yakko, Wakko and Dot, fan-favorite characters Pinky and the Brain also return to continue their quest for world domination. (Photo Courtesy of Courtesy Amblin Television/Warner Bros. Animation)

What’s zanier beyond the max? Because Animaniacs gets to that level of zany in this reboot.

Back causing havoc across the Warner studio lot, the epic return of the Warner brothers, Yakko and Wakko, and, of course, the Warner sister, Dot, is nothing shy of fantastic. A fun tribute to childhood and the 90’s nostalgia of the original series, all while still feeling oddly modern. In regards to this season’s creative use of both animation and song, wacky and memorable pieces prod and poke fun at how both pop culture and technology have evolved throughout the decades.

Executive produced by Steven Spielberg, Animaniacs was a major hit during the 90’s animation boom. A show that defied expectations by popularizing the use of meta-comedy, a brand of humor which coincided with search engines and the rise of the internet age. What’s fantastic about this season is just how much the show acknowledges this trend. It pivots straight into this hyper-nostalgic joyride that was always Animaniac’s sugar-rush brand of comedy, while also celebrating what it’s missed out on in the past decades. Mostly through song. And especially in the pilot episode.

Well, for starters, the main cast is all back. All the original voice actors, such as Rob Paulsen (Yakko/Pinky), Tress MacNeille (Dot), Jess Harnell (Wakko), and Maurice LaMarche (The Brain) deliver performances that are superb and really embrace the best of what they used to do with these characters. Likewise, The Warner siblings, Ralph the guard, and Pinky and The Brain all make returns to the lot and Acme labs.

In addition, there is also a new Warner CEO, a woman no less, which the show emphasizes strongly. She’s less the business villain of the 90’s corporate executive and more of a Hollywood 2020’s awful corporate executive type. One that’s full of know-it-all trends, the importance of multi-tasking, anti-refined sugar and dietary strict, and of course, has the cutthroat business executive mentality.

Sadly, there’s no Slappy Squirrel, Buttons, Mindy, or even Goodfeathers parody pigeons. Animaniacs has definitely become tighter in concept than it used to be and is seemingly more focused on the Warners and then Pinky and the Brain, with the occasional original sketch afterwards that either bring backs the Warners for a semi-conclusive take-home message or introduces an entirely new sketch for parody entirely. Though fret not, because for all the elements it does brings back, it does so with great hilarity that likewise embraces the times.

Probably the best example of this is Pinky and the Brain. The Brain plays doctor Frankenstein quite a bit this season, creating his own, in the most non-spoiler way possible, types of ‘monsters’. Though it’s obvious he’s seeking a family, or maybe even another friend beyond Pinky (who is also more self-aware thanks to 22 years of therapy). In strange ways, Pinky and The Brain begin to do things this season to pepper funny little accompaniments that unintentionally grow their characters as they continue their various attempts to try and take over the world. It’s a storytelling move that very much embraces the times by commenting on how much power we as a society give into things. We, as a people living in a new globalized world, have changed. Giving priorities to things such as political divisiveness and ‘instagratification’ celebrity (And yes, that’s a joke about Instagram).

Well, much like Futurama and its return to Comedy Central after its long seven-year hiatus, Animaniacs modernizes itself by poking fun about what’s changed. The show playing up the elephant in the room by having characters from 20 years ago learn and embrace the things we care about now. Things like smartphones, drone usage, social media, self-celebrity, and YouTube culture. Things that, from the lens of the past, all look semi-ridiculous as to what we’ve become. With 20 years of material to poke and prod at, this season of Animaniacs is more meta than ever before and is not abashed at being tongue-in-cheek about its own selling out via its own embracing reboot culture.

Though the best bits this season are actually in how it looks at and handles our modern political landscapes. Which is why I’m a tad disappointed the show didn’t release closer to election day. Animaniacs does an oddly fantastic job of taking jabs against the Trump-supporting right., which makes sense, given that the series was created and played out through the Clinton administration era. A time where politics was less severely polarized and sensibility and truth was, for lack of a better acknowledgment, still sensible. What’s impressive is that this season was written circa 2018. A surprising reveal once you watch this season because the things Animaniacs touches upon feels a little too close to our current situation now. How you may ask? Well, without any spoilers, I’ll just say there’s a lot of witty allegorical parody of the gun-totting Russian puppet type of Americans. There’s even a strong episode about the necessity of ‘bun’ control. Though, in this case, it’s about an overpopulation of bunnies.

The animation this season is vibrant. A modern digitalization while still holding true to that cartoony looney tunes flair. Atop of this, there’s a lot of themed episodes where the art changes. An entire parody episode dedicated to delivering hard jabs against Russia and Vladimir Putin. There’s even an epic anime-styled homage. Like the cuteness themes of the Lego movie? There’s that too. The animation is also more creative than ever before, surpassed only, in ingenuity, by the series’ excellent musical numbers. Pieces that have powerful yet also silly messages about how much has changed in twenty years.

Personally, the only example I have of an animated comedy making the time skip in its return is again, Futurama, a series which did very well because of its looser censorship on cable and its embracing of the current climate. Animaniacs does very much of the same in technique, but where it really stands out is that it never breaks bank. It stays in its genre as a child comedy while still feeling semi-adult. Whereas Futurama did things on the edge to sort of embracing its return, Animaniacs feels like a show that fits for kids of this generation and really nails that gap most series struggle to find between old gen and new. Likewise, If you liked the series Adventuretime, I think Animaniacs does something similar in that it touches on very adult themes while somehow feeling childlike.

Should you watch Animaniacs?

A resounding yes, I haven’t enjoyed a reboot this much since Futurama. It’s Adventure Time level of comedy with funny musical pieces, brilliant meta-comedy writing, and a lot of genius takes about our current times. There’s also the promise of Season Two, which if you’ll watch this season, is promised by Dot herself to feature an episode dedicated to drinking too much coffee, ruining a sweet 16, and somehow doing an Oliver Twist parody. 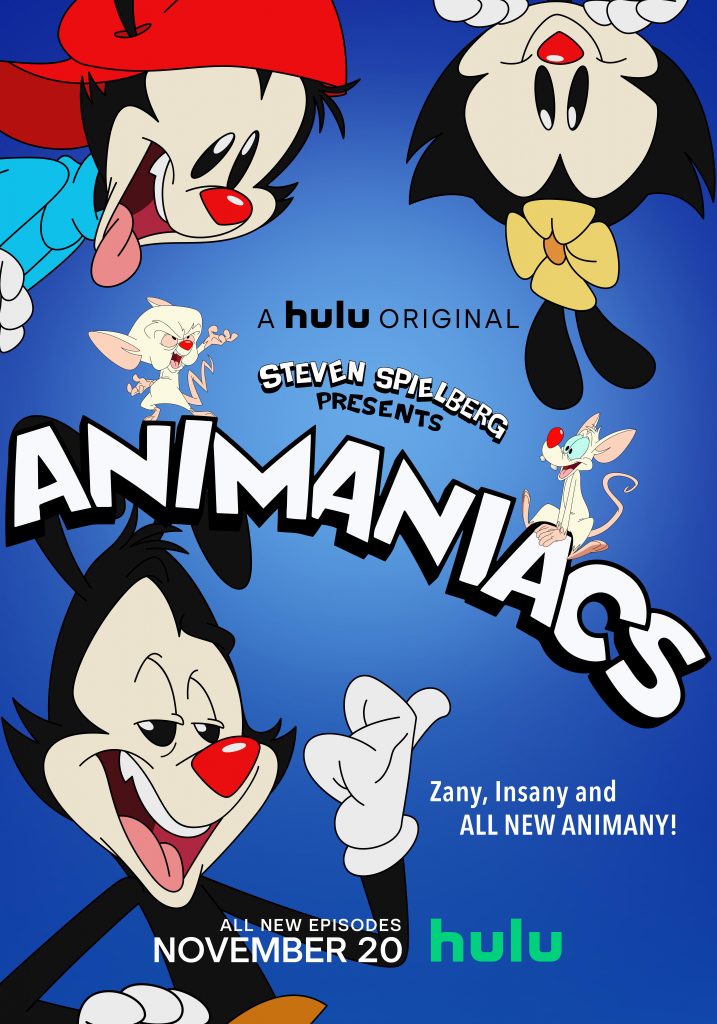