All You Need To Know Before Watching Netflix’s ‘Bridgerton’

Netflix’s upcoming series Bridgerton is based on the Bridgerton series of novels by author Julia Quinn and follows the lives of an affluent high society family as they navigate their way through Regency London to find love and happiness. With eight books (one focusing on each sibling), the show looks to be first focusing on The Duke and I, which tells the story of eldest daughter Daphne Bridgerton and Simon Basset, the Duke of Hastings.

Here are the notable characters you need to know before the show’s debut on December 25. 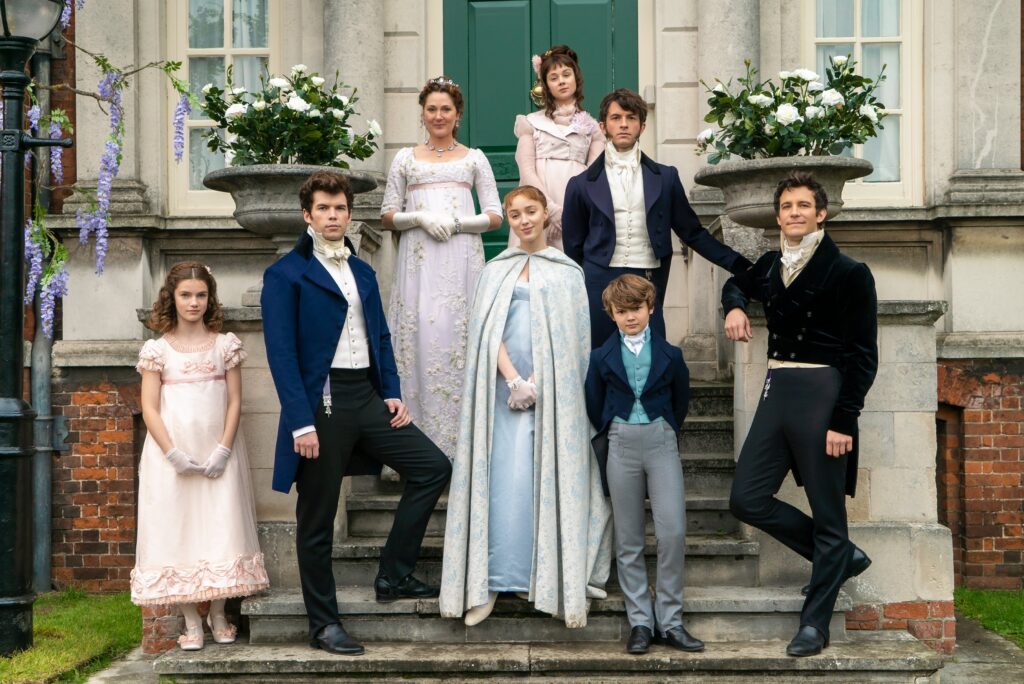 Anthony Bridgerton (Jonathan Bailey) – Anthony is a viscount, head of the family and is the eldest born of Violet and Edmund Bridgerton. He loves his family dearly and is fiercely protective of all of his siblings. His story is explored in The Viscount Who Loved Me.

Benedict Bridgerton (Luke Thompson) – is second eldest and the artist of the family. Benedict though yearns to lean more into his artistic ambitions and to expand his life past the endless parties of the Ton. His tale is in An Offer From a Gentleman.

Colin Bridgerton (Luke Newton) – is the third eldest and the sibling with the most wanderlust. Colin is charming and mischievous but is looking to make his own mark in the world. We discover his story in Romancing Mr. Bridgerton. He is closest to his sister Daphne who is nearest to him in age.

Daphne Bridgerton (Phoebe Dynevor) – the eldest daughter of Violet and Edmund Bridgerton, Daphne is a sensible young woman who has often been overlooked by the suitable gentlemen in London because most view her as a friend rather than a potential match. That is until the Duke of Hastings shows up and they form an unexpected arrangement.

Eloise Bridgerton (Claudia Jessie) – the second eldest daughter in the Bridgerton family, Eloise is cunning, smart, and a bit rebellious. Not your average debutante, she isn’t afraid to make bold choices. Her story is told in To Sir Philip, With Love. In addition, Eloise’s best friend is Penelope Featherington.

Francesca Bridgerton (Ruby Stokes) – the third daughter in the family, Francesca is quieter and more reserved than her other siblings but just as loyal and devoted to her loved ones. Her tale is captured in When He Was Wicked and is one of the darker books in Quinn’s series.

Gregory Bridgerton (Wil Tilston) – the youngest Bridgerton son, he’s a cheeky one who loves to vex his youngest sister Hyacinth. Gregory’s story is On The Way To The Wedding.

Hyacinth Bridgerton (Florence Hunt) – the youngest of all Bridgerton siblings, Hyacinth precocious, outspoken, and smart. Her story is told in It’s In His Kiss.

Violet Bridgerton (Ruth Gemmell) – the dowager Viscountess and matriarch of the family. A very loving mother though she’s determined to have all her children eventually married and taken cared of. 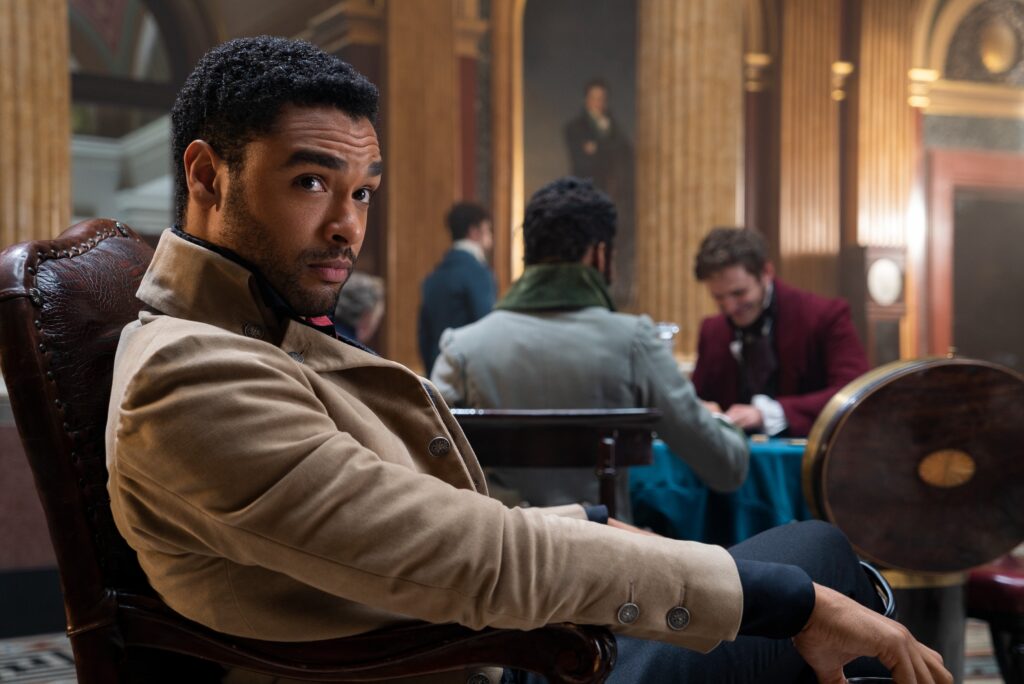 Simon Basset (Rege-Jean Page) – the male lead in The Duke and I, Simon is the newly installed Duke of Hastings after his father passes away while he was out of the country. This self-exile though was on purpose as he was estranged from the former duke. Hastings is determined never to marry or have children but upon meeting Daphne Bridgerton, the sister of his best friend Anthony, his will is tested.

Lady Whistledown (voiced by Julie Andrews) – the mysterious author is London’s ultimate authority for gossip, but no one knows her identity, though there are plenty of theories. Even her royal majesty Queen Charlotte is a reader! 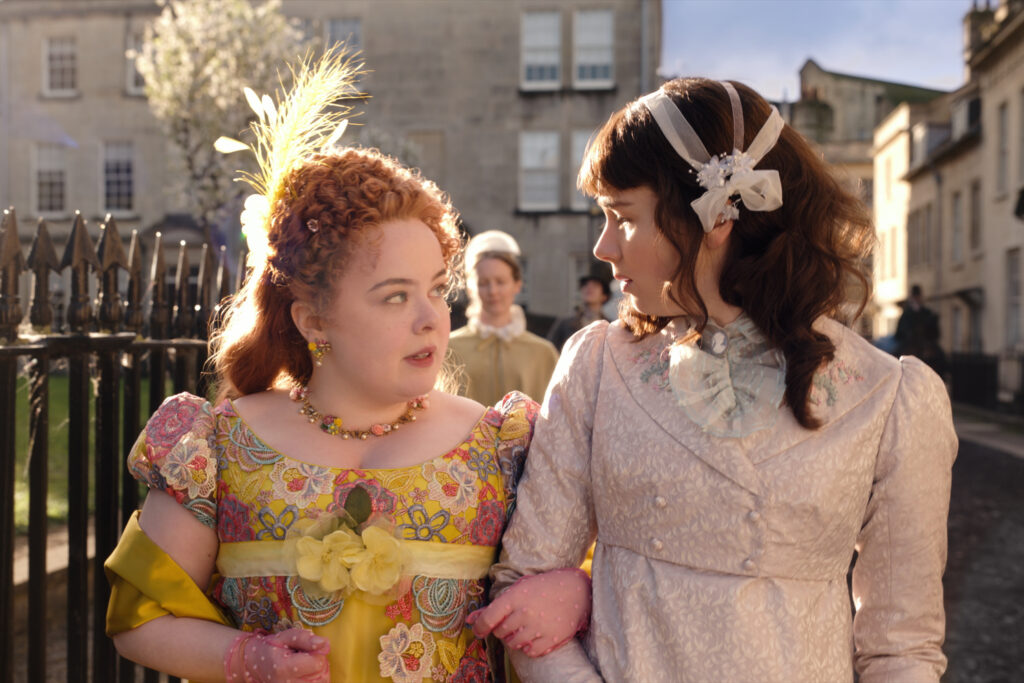 Penelope Featherington (Nicola Coughlan) – is the youngest daughter of Lord and Lady Featherington and best friend to Eloise Bridgerton. Her two older sisters are Prudence and Philippa. She’s often disregarded by other members of the Ton but is kind, caring, and quite intelligent. She’s also harboring a secret love for a Bridgerton brother.

Lady Danbury (Adjoa Andoh) – a grand dame of London high society, Lady Danbury is incredibly outspoken and notorious for her cutting remarks. But beneath the exterior lies a kind and soft heart. 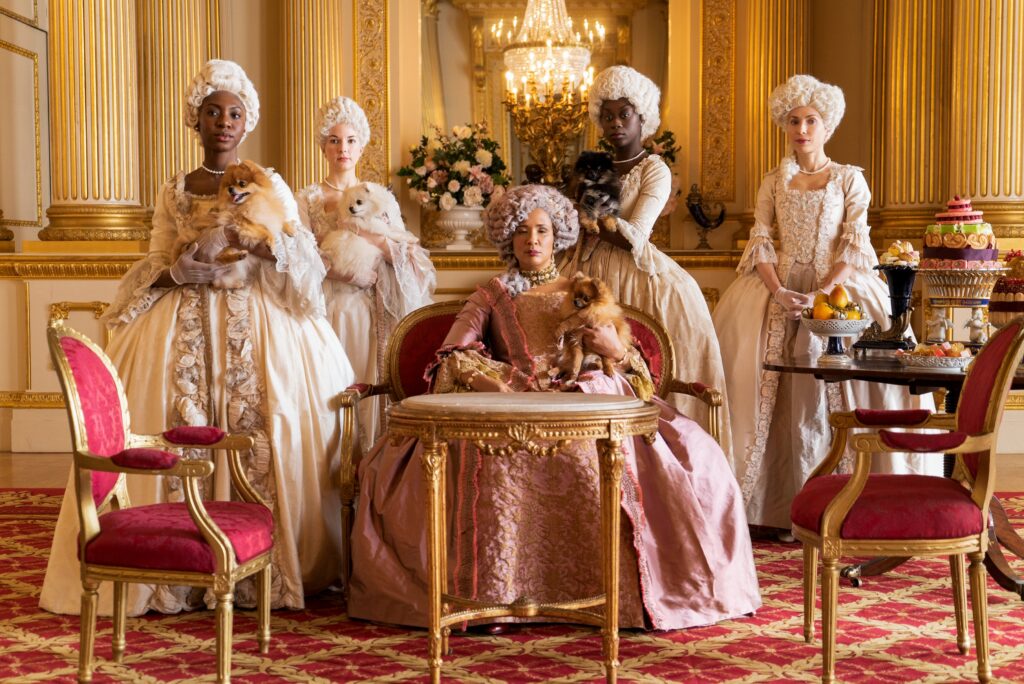 Queen Charlotte (Golda Rosheuvel) – a royal and avid reader of Lady Whistledown’s Society Papers, the queen ends up having to take matters into her own hands when the gossip columnist sets her eyes on palace affairs.

Cressida Cowper (Jessica Madsen) – a self-centered and mean-spirited debutante who wanted to be declared the season’s Incomparable. 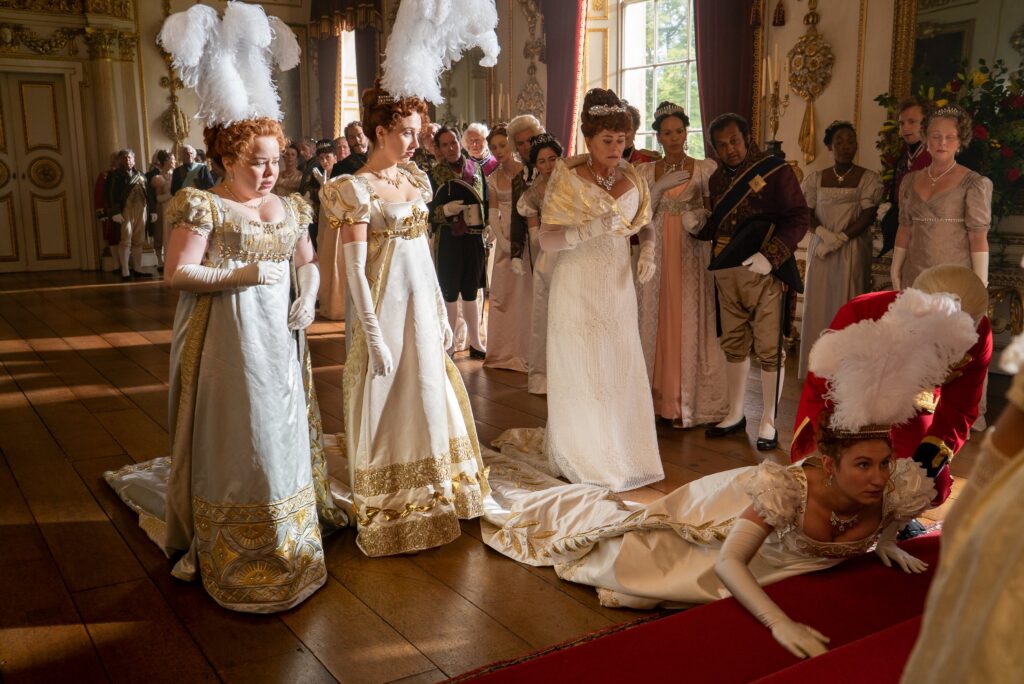 A Few Things To Know About Regency London

If this is your first exposure to Regency romances here are a few key terms and concepts that will help explain the world of the Bridgerton family.

A term commonly used for members of the fashionable elite and high society in Regency London. It is derived from the French word le bon ton meaning good manners or good form.

Aristocrats are often featured in Regency stories and it’s helpful to understand who outranks who as a part of etiquette.

What is the London Season?

This is a period in time in which members of high society were situated in London (as opposed to being in their country estates) as parliament was in session for both the House of Lords and the House of Commons. Members of parliament brought their families with them and thus a large amount of the upper class were in town and require entertaining. This was also a time for young ladies to be launched into society by being presented at court. She then could find herself a husband amongst the gentlemen of the Ton. There would be many balls, dinner parties, plays, operas, and charity events to attend.

The London season usually began around late October to November and lasted till May or June.

A rake is a term used for men of the period who were immoral womanizers and not suitable husband material for any respectable young lady. However, a reformed one is often used as a trope for the lead male character in Regency novels.

A dandy is another term used for fashionable men of the time. They believed that everything done by a gentleman must be done so in style. Understated elegance and impeccability are the modes of dress, manners, and even furniture.

On The Shelf, Incomparable, and Bluestockings

Being “on the shelf” is a term used for women who were considered un-marriageable after reaching a certain age (heaven forbid!).

To be the incomparable of the season is a title yearned for by many young ladies as it signifies them as the most desirable match for their astounding beauty.

Women who had intellectual or literary inclinations were often considered bluestockings. This was typically viewed as a negative attribute (insert eye roll). 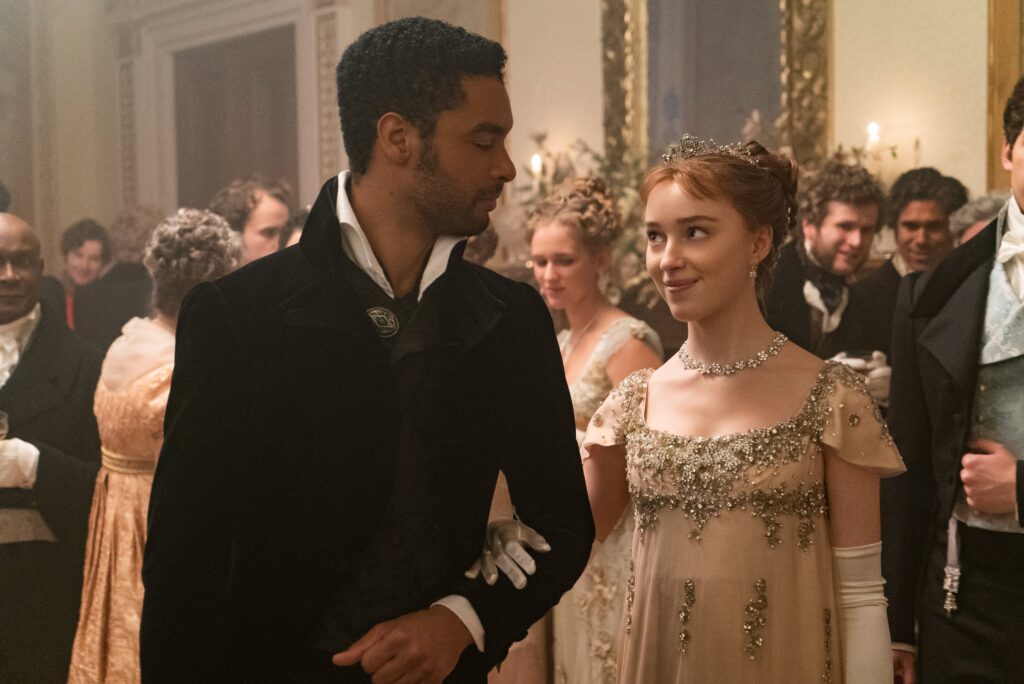 And there you have it! I hope getting to know the characters above and learning a little bit more about Regency London will help enhance the experience of watching the series. It’s exciting to finally get to see Julia Quinn’s world come to life on screen as she puts a decidedly feminist spin to her storytelling. Her heroines are strong, intelligent, and well-rounded characters who have both strengths and weaknesses. They want love and marriage on their own terms despite a strict society with expectations on how a young lady should act and behave.

Bridgerton has the potential for multiple seasons with eight books worth of material and here’s hoping that Netflix gives us loads more.

Previous article
Made-for-TV Christmas Movies are the Worst, and I Love Them
Next article
‘Class Action Park’ Review