I just need to take a moment to emotionally prepare you all for something. As the final credits begin to roll on Disney’s remake of their animated classic, Aladdin, a voice rings out to announce himself as a performer of the obligatory end credits song. That voice? Mr. (please internally shout this while reading) DJ KHALED!!!!!!

Oh, yes. You will wrinkle your brow in puzzlement for a moment. But then you will laugh hysterically because…well, it’s 2019 and why should we expect anything less bizarre?

We’ve certainly come a long way from Peabo Bryson and Regina Belle serenading us out of the theater in 1992 and it goes without saying that a modern retelling of the story is going to feature some modern pop culture touch points. But for some reason this Guy Ritchie directed (more on him later)version of the story is actually quite light on modern updates to the story we know and love. These updates are so few and far between that when we actually get to this final moment of DJ Khaled making his vocal introduction it is so out of left field that all you can do is laugh uncomfortably. 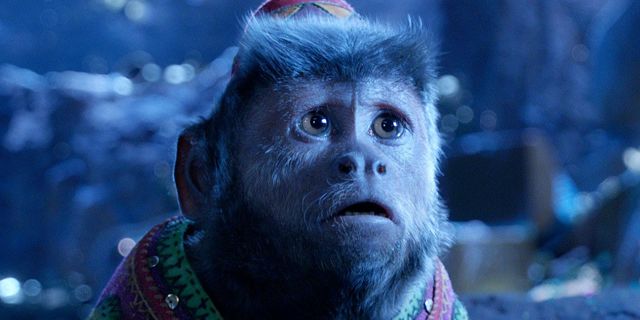 When Disney released its live action remake of Dumbo a few short months ago we got a movie that dramatically expanded and elaborated off of the original film. And to be fair, most of that was out of necessity to make the movie long enough. And while the result wasn’t entirely perfect it at least felt fresh. This version of Aladdin however is anything but fresh. In some moments, it even downright stinks.

Things get off to an incredibly rocky start when we meet two children and a human Will Smith on a boat tossing around some incredibly ham-handed dialogue before Smith launches into his rendition of the song ‘Arabian Nights.’ This is not the most well-remembered song from the original, but after Smith starts missing a few notes you will cherish the original recording as the greatest song of all time. I found myself cringing. And not just here. Every time the Genie character is meant to belt a tune I just had to grip my seat and pray for it to be over soon. Will Smith might be a highly accomplished recording artist, but these songs were not remotely tailored for his talents and the results are incredibly disappointing. 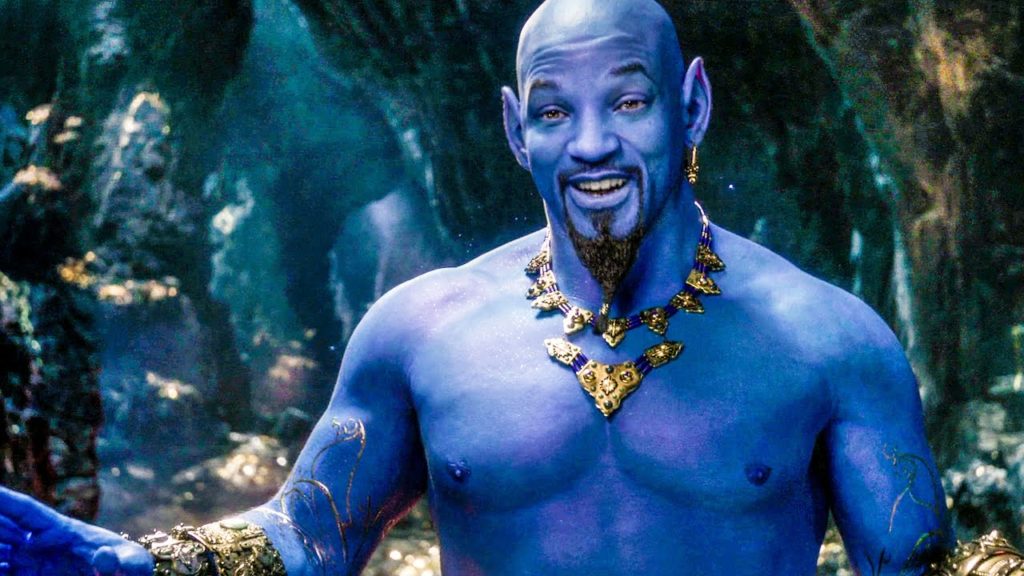 It’s even more disappointing when you consider that Smith is actually really funny in the role when not tasked with singing. I even found myself not bothered by his much maligned blue CGI character design! Most of the moments that I now look back fondly on are attributed to him and I wonder what might have been if they had made this a non-musical remake instead.

The rest of the cast handles the musical side of things well enough but fails to deliver anything worth raving about. Mena Massoud tackles the role of Aladdin and succeeds as a total dreamboat that we want to root for. Vocally he sounds almost identical to his animated ancestor so even if you aren’t blown away by freshness you might find yourself feeling the twinge of nostalgia.

That nostalgia really comes through in the film’s signature ballad, ‘A Whole New World’, which Massoud performs with Naomi Scott as Princess Jasmine. This is without a doubt the film’s most successful musical number and a high point of the movie overall, but ends up ringing emotionally hollow due to the uneven content that surrounds it.

Scott makes a lovely Jasmine who gets the biggest upgrade from the original with a storyline that sees her worrying about more than just who she can marry. In this telling, Jasmine hopes to one day succeed her father as Sultan despite tradition that the Sultan must always be a man; which puts her in direct conflict with her father’s scheming advisor Jafar (Marwan Kenzari). This version of Jafar sadly pales in comparison the camp villainy of his animated self, but allows for a rivalry with Jasmine that leads to an original song about her ability to stand up to him. Scott sings the hell out of the song but it feels a little out of place in terms of style. 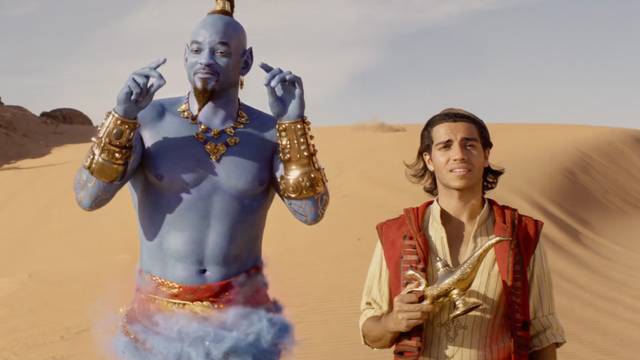 If you’re picking up on the theme of everything feeling uneven you’d be absolutely on point. And honestly, a lot of that falls squarely in the lap of Director Guy Ritchie, who seemed like a bizarre choice when he was announced and failed to prove his doubters wrong. At the very least I thought he would wow us with some great visuals, but even that aspect left me scratching my head with his odd reliance on speeding up the action in certain scenes giving the film a bizarre look that will surely only get worse as the film ages. The song and dance numbers lack pizzaz and even the sets have the feel of a cheap TV production rather than a lavish, major motion picture. To say I was underwhelmed by Ritchie’s choices would be the biggest understatement of the year.

Families with young children experiencing the story of Aladdin for the first time might find enough to enjoy in this live-action retelling, but fans of the original are almost certain to be bored by almost every aspect of it. I don’t anticipate much of it to stick with me as the years go by, but one thing is certain: I will always remember the immortal shouting of…

Previous article
‘Cobra Kai’ review: ‘All In’
Next article
‘Game of Thrones’: The End of The Golden Age of Television