It’s been nearly 30 years since the last Mad Max film was released, which means that most younger generations only have a fleeting awareness of who Mad Max is. It’s a series whose ridiculous characters and lasting impact on pop culture may have persisted longer than the films themselves. Released in 1979, the first film in particular has been eclipsed by its more iconic and fantastic sequels and faded somewhat from pop culture memory. Stark and violent, it’s a classic of Australian New Wave cinema that launched the careers of its creator and director George Miller as well as its star Mel Gibson.

Set “a few years from now” (relative to 1979, of course) after a major energy crisis cripples Australia, the sparsely populated outback slowly succumbs to roaming gangs of criminals and scavengers. Mel Gibson stars as Max Rockatansky, an officer of the beleaguered Main Force Patrol attempting to maintain the last vestiges of law and order. Max and the rest of the MFP are fighting a losing battle against the roving outlaws, and soon become the target of a gang known as the Acolytes, led by a biker named Toecutter. Things get personal when Max’s wife and child are run down by Toecutter and his gang, and Max finally gets mad. It’s a straightforward revenge film–Max doesn’t save anyone or adhere to any noble principles, but merely leaves a trail of dead bikers in his wake. 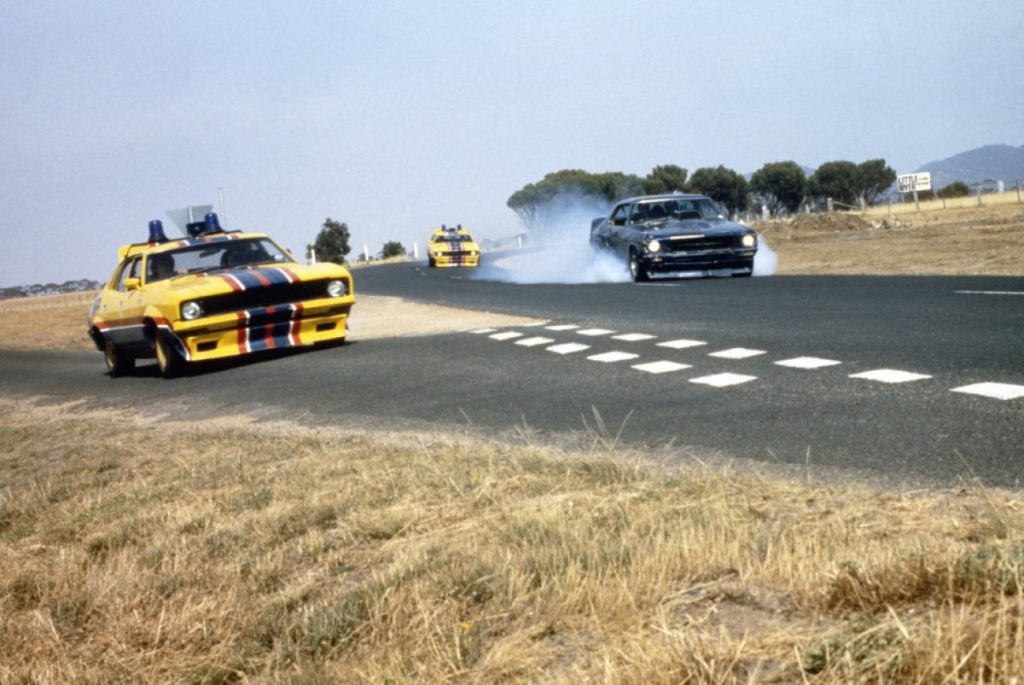 Things haven’t yet deteriorated to the apocalyptic wastelands of later films, but the film does a good job of depicting a crumbling society whose populace is slowly losing hope. There are still small communities of people mostly trying to go about their own business, but they are completely at the mercy of the outlaw gangs. The MFP can do little to stop them–its officers are outmatched and mostly broken. In the opening pursuit of the outlaw Nightrider, it’s clear that most of the MFP officers are discouraged, frustrated, and reckless. When they ultimately manage to arrest Toecutter’s protégé Johnny, the courts can’t prosecute because no one arrives to testify at the trial. This gradual breakdown of civilization can be traced directly through the sequels, and the original trilogy as a whole provides an interesting depiction of society going from bad to worse to crazy, a sort of “big picture” continuity that’s surprisingly uncommon in films.

It’s also worth noting that George Miller was a medical doctor and that this film was partially inspired by his own experiences in the emergency room and growing up in rural Australia. His experience has lent him a keen eye, and Mad Max contains depictions of violence and brutality that can still make you cringe some 35 desensitized years later. The action and stunt sequences still hold up well, and the marauding gangs evoke the sort of nihilistic sociopathy from films such as A Clockwork Orange.

The world is an ugly place filled with ugly people, and Max too was forged in the same crucible. When his quest for vengeance finally leads him to Johnny, the remaining member of the Acolytes, he handcuffs him to a wrecked truck with a fuel leak. He hands him a hacksaw and estimates that it’ll take about ten minutes to cut through the handcuffs, but if he’s lucky, he can hack through his ankle in five. It’s hard to overstate the films’ impact on modern pop culture, but just to give you an idea: you can thank the film’s final scene for inspiring the entire Saw franchise. 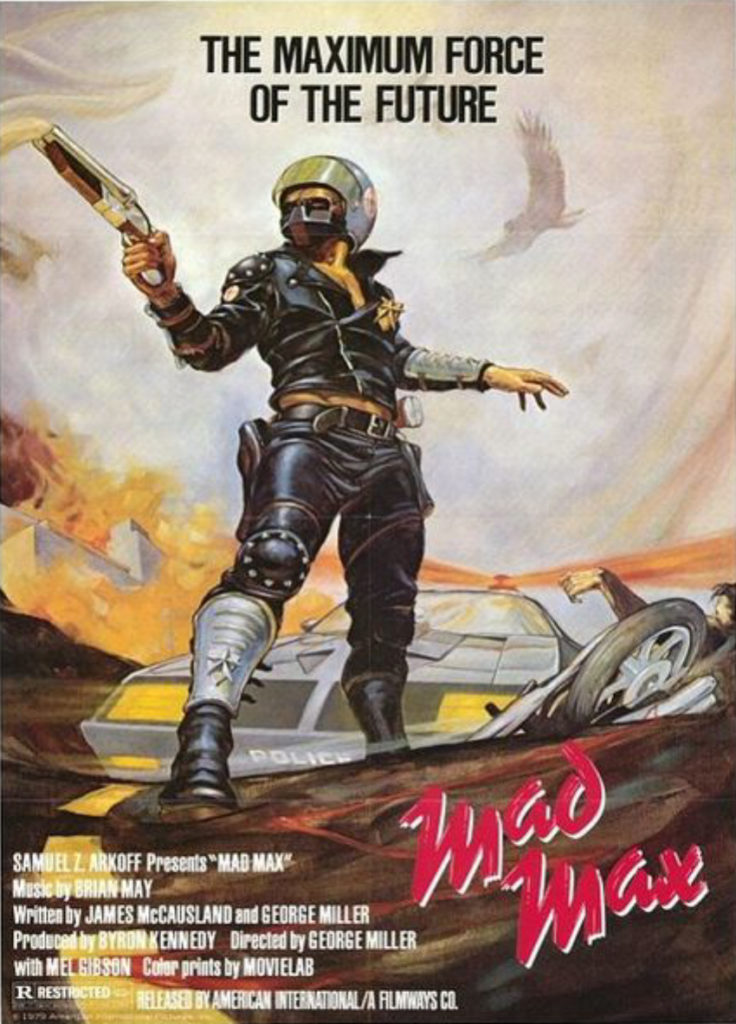 @theworkprint
Follow
Previous articleHere’s Your First Look At ‘The Muppets’ Return to TV
Next articleAGENTS OF SHIELD Recap: “S.O.S.”