‘Dead of Summer’: ‘Patience’ is what you will need to get through the pilot

Going into the pilot of Dead of Summer, I only knew a few things about the show, but all of them intrigued me. First, I am sucker for anything camp related. I just love camp. Second, it was created by the guys behind Once Upon a Time and Lost. And third, according to the Wikipedia page the show, which takes place in 1989, is considered a period drama.

So I sat down to watch the Dead of Summer pilot, “Patience”, wearing an old camp shirt, excited for what was to come. I am sorry to say that I left utterly confused. I really have no idea what happened during this episode, and not in that good thriller way. So many things happened but nothing was explained enough for me to even understand it. And I get that this is a thriller/mystery, but the things that confused me didn’t leave me on the edge of my seat, it left me scratching my head.

So first the premise of the show:

The show starts off at Stillwater Lake about a century earlier as a mob attacks a man tickling the ivory. And then we see a ton of dead bodies floating in the lake. So, yeah this place is obviously haunted.

Fast-forward… It is 1989, and all eight of Camp Stillwater’s counselors arrive to prep the camp for the upcoming summer. Camp Stillwater has been closed for the last five years, but in three short days the campers will be arriving and Camp Stillwater will be open for business. 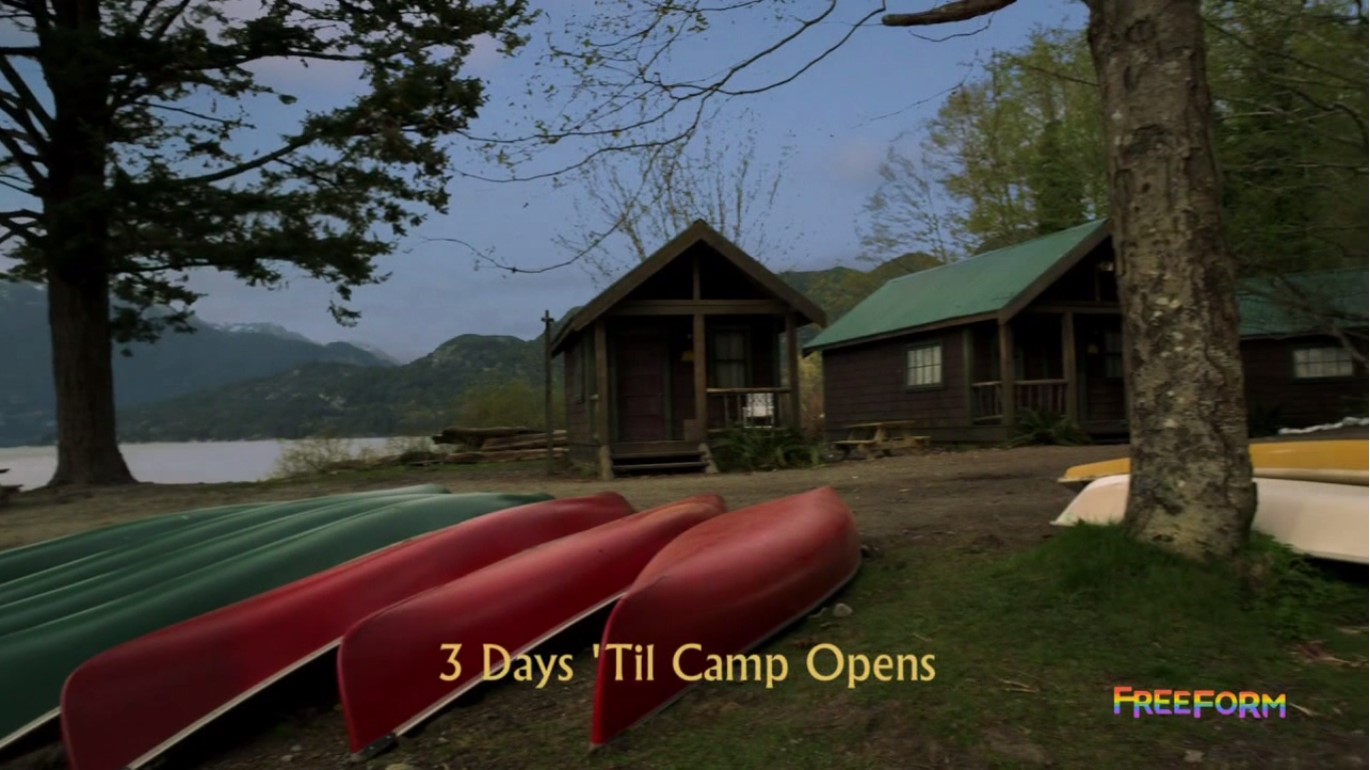 All of  Camp Stillwater’s counselors are former campers, except for Amy and possibly Drew (who I will discuss in more detail later). Amy arrives at camp wearing a Girl Scout outfit that even Leslie Knope would be proud of. 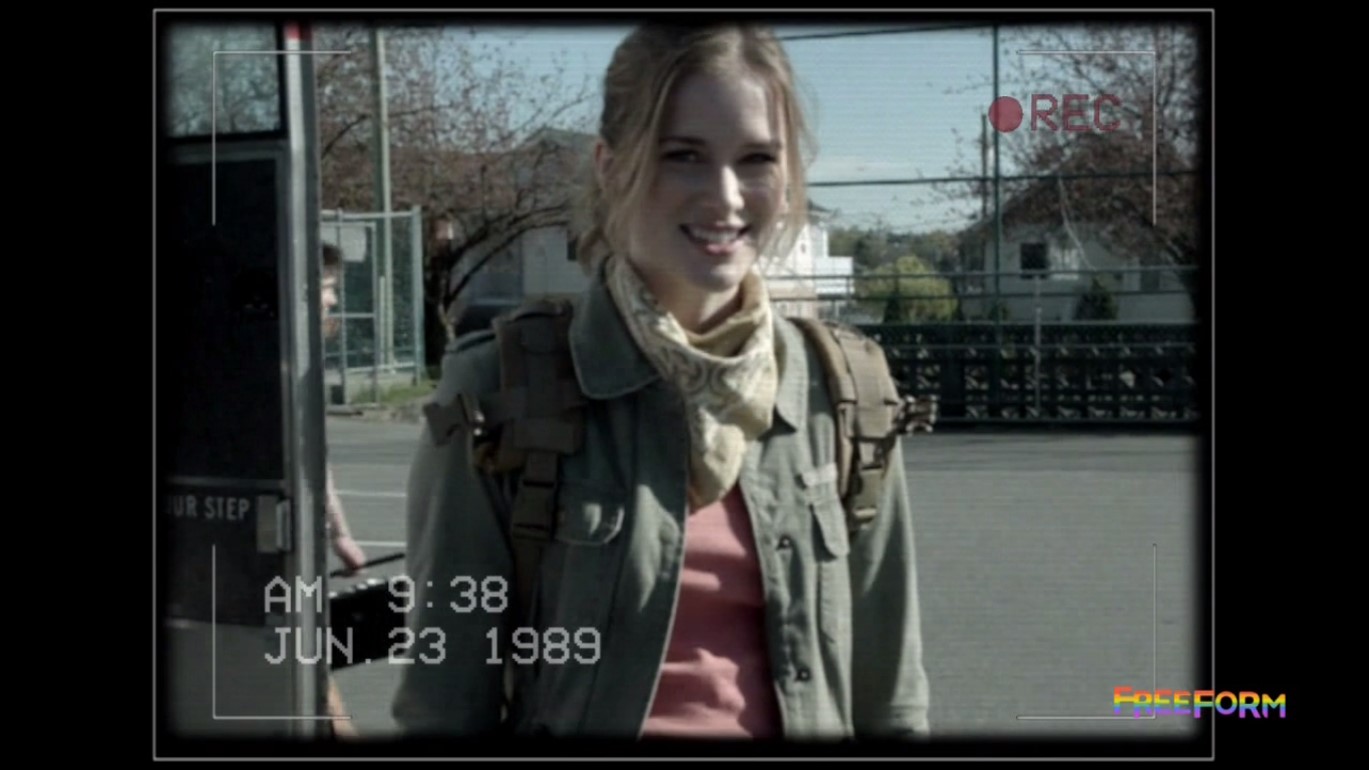 Amy is shy and just wants to fit in. The only reason that Amy applied to worked at this camp was because her friend Margot convinced her that it would be fun.  Unfortunately though, Margot was unable to attend camp due to the fact that she fell off a roof and died while running away from the cops at a house party. Amy blames herself for this death.

As for the other counselors: Alex is the token blond-haired preppy boy, who gets his preppy wardrobe by stealing other people’s dry cleaning. 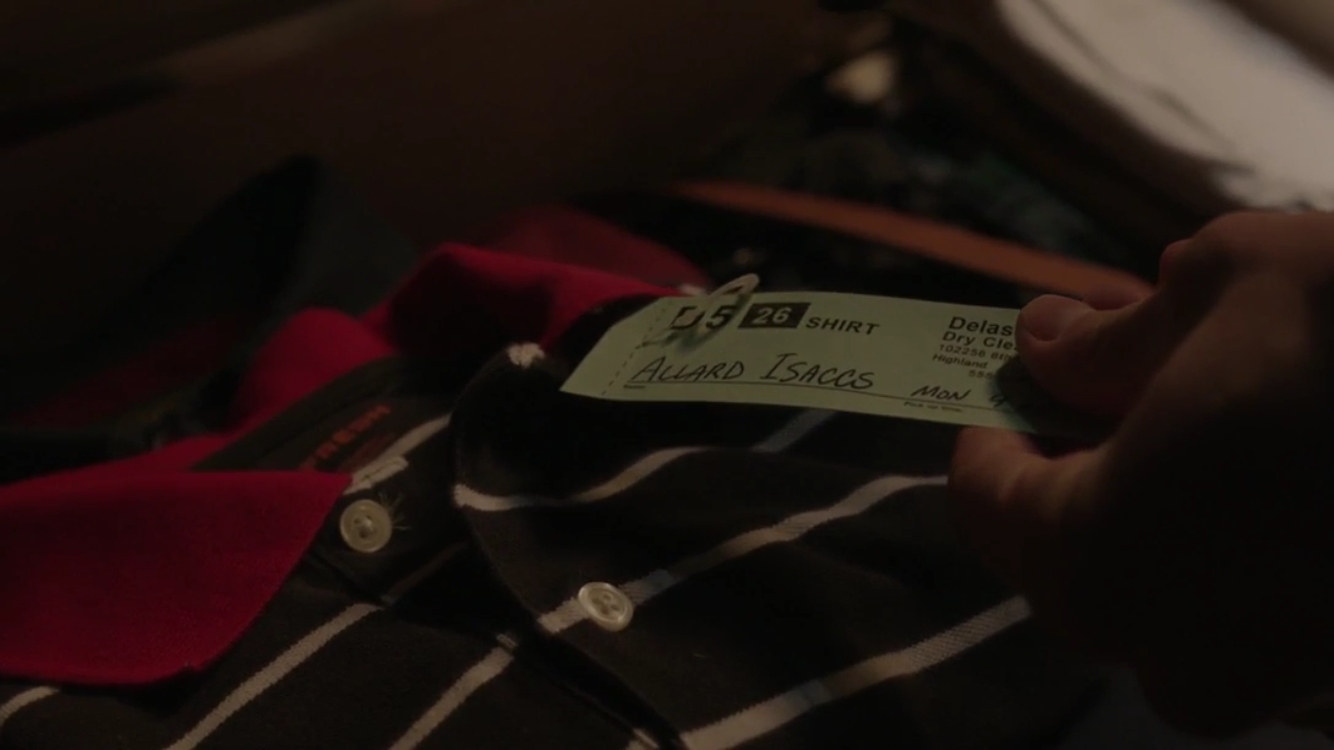 Jessie is the ugly duckling who five years later evolved into a hot swan and wants everyone to know how hot she is. Joel is the guy who carries his camcorder everywhere he goes because he is a young Steven Spielberg. Blair is the resident late 80’s gay camper, who is besties with Caroline aka Cricket. Cricket is an adorable girl who just wants to be loved. She is so insecure that she writes graffiti notes on the bunk walls that say she is a slut, so boys will think she is. 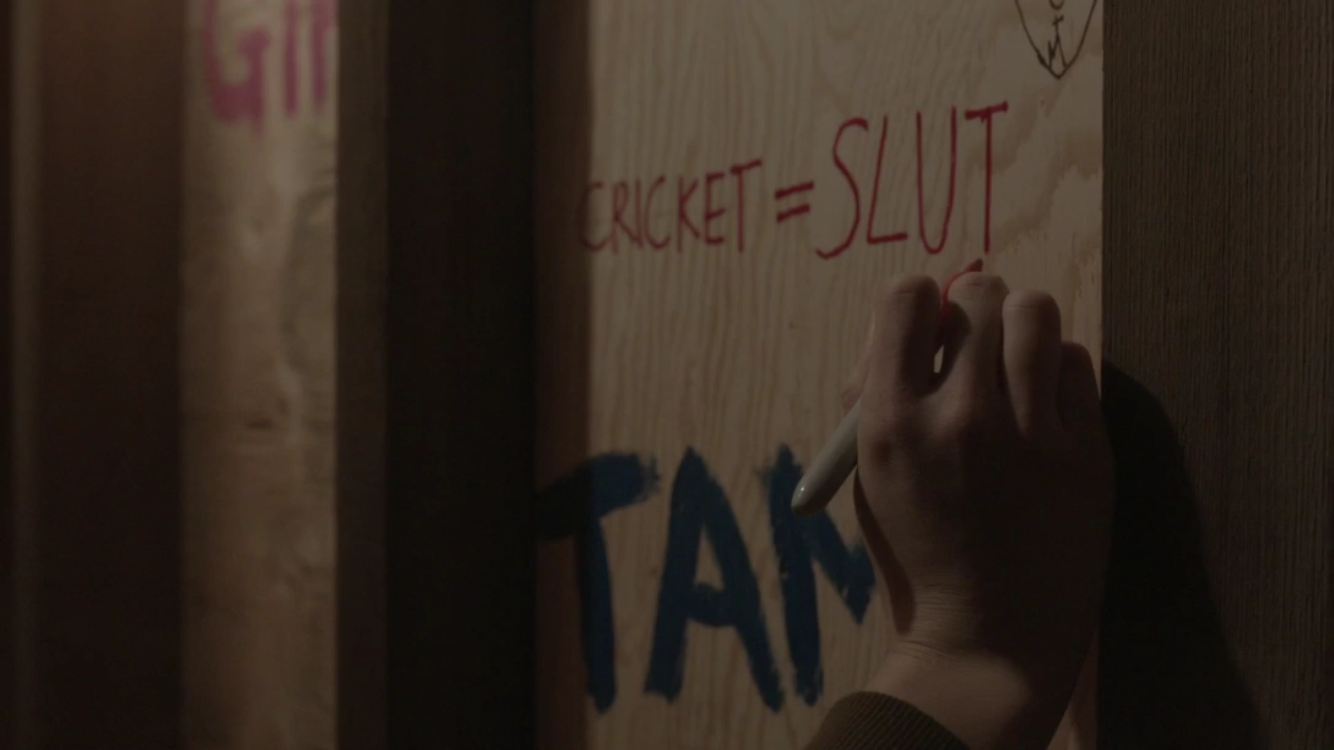 Blotter, well we know basically nothing about Blotter except that for some bizarre reason he drinks what I assume is to be Bug Juice out of a baby bottle. 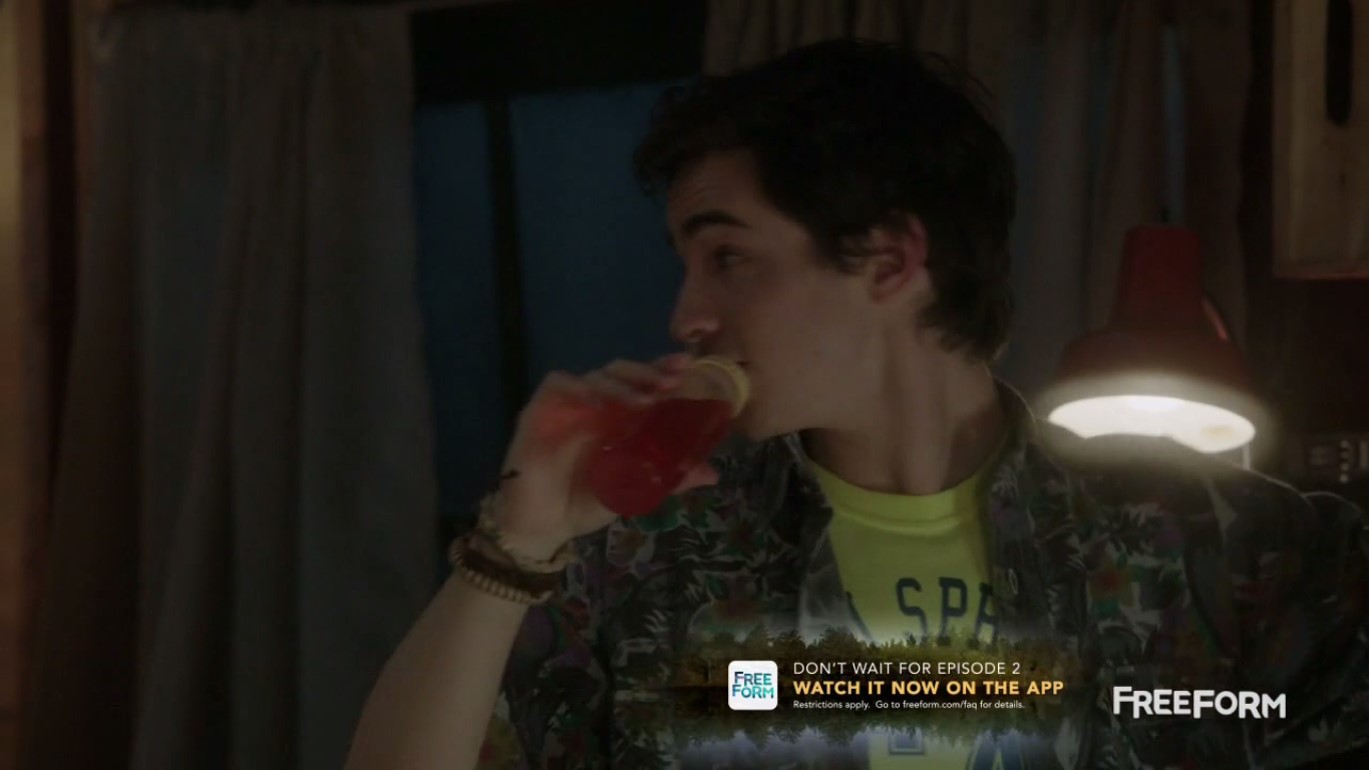 And then there is Drew, the outsider. He didn’t even arrive at camp on the bus like everyone else. Man I love this character. He doesn’t stop to hang out with the others while they are drinking at the campfire. He just comes, steals a beer and peaces out. No one can figure out if he even went to camp with them since he doesn’t talk to anyone. And, at the end of the episode he goes to the infirmary , where there are private showers, and it is revealed he is wearing a sports bra. I am very excited yet apprehensive about where show will take this story line. I don’t want to go into it too much right now, because I don’t know enough about the character, but I just pray they treat Drew and his storyline with the respect it deserves.

So back to the episode:

In the three days while the counselors prep for the campers’ arrival (which involved very little prepping), these kids do normal counselor things like smoke weed, drink beer around a fire and go for late night swims in the lake. They also experience some very non-normal counselor things like finding a deer carcass in the woods with its heart ripped out and finding the groundskeeper dead in the lake. The sheriff’s department comes to investigate the death and the Chief acts like finding a dead guy in a lake is a normal Tuesday. He does not see why the camp shouldn’t still open in two days. His deputy, Garrett Sykes, does not agree. Garrett runs into Amy in the woods when he comes back later that night and the two go to investigate the dead groundskeeper’s cabin. When they walk into the cabin Garrett tells Amy to “stay close.” Um, Garrett, you are in a cabin that is at most 12ft x 12ft. Where the fuck would Amy wander off to? Anyway, they find a hidden wall in the cabin where the groundskeeper kept satanic maps and pictures of dead people and the next thing you know the cabin is on fire.

Also everyone seems to just keep seeing ghosts. Joel caught one on his camcorder and Amy is basically seeing them everywhere. After Amy sees theses ghosts she starts running around camp like a screaming maniac and experiencing flashbacks of her friend Margot’s death.  Apparently she also has no sense of time. But seriously, the morning after Amy firsts runs off, the crew is eating breakfast wondering where she is. Where she is, is off having flashbacks to Margot’s death. Next thing you know it is night and the others are running down to the lake for a swim. Was Amy just sitting there all day? Did not a single person go look for her? Did her flashbacks transport her to later that night? I have no idea.

Oh, and I forgot to discuss Camp Director Deb Carpenter, who is creepy as F. When the staff finds the dead deer with its heart ripped out she is all like “Oh haha Hunters… CAMP MUST GO ON.” And then does the same thing about the dead groundskeeper. She also goes out to middle of the woods in the middle of the night to dig up a creepy old box.

So, in conclusion, the pilot of Dead of Summer,  left me, for lack of a better word, baffled. That being said, I will still keep watching to see how it progresses because I think once the mystery and characters become more fleshed out, the show will become more intriguing.