’12 Monkeys’ Set Visit: What We Learned About Season 2

Syfy’s time traveling thriller 12 Monkeys is set to return on April 18 with its second season. The series’ first season left off with a dramatic change to the status quo as Dr. Cassandra Railly (Amanda Schull) was sent off to the future, 2043, by James Cole (Aaron Stanford) after suffering a gunshot wound. Cole and Ramse (Kirk Acevedo) find themselves stuck in the past, as their relationship is on the rocks after the events of Tokyo. In the future, Jones is dealing with a new threat in the form of 12 hooded figures who have come for the time machine, but a wounded Railly appears as they are about to take it. It’s safe to say, things are not looking well for Team Splinter with how events left off.

The Workprint was invited to visit the set of 12 Monkeys last November for a chance to peek behind the curtain of the upcoming season and talk with the showrunner, Terry Matalas, and cast members: Aaron Stanford, Amanda Schull, Kirk Acevedo, Emily Hampshire, Todd Stashwick, and Barbara Sukowa. 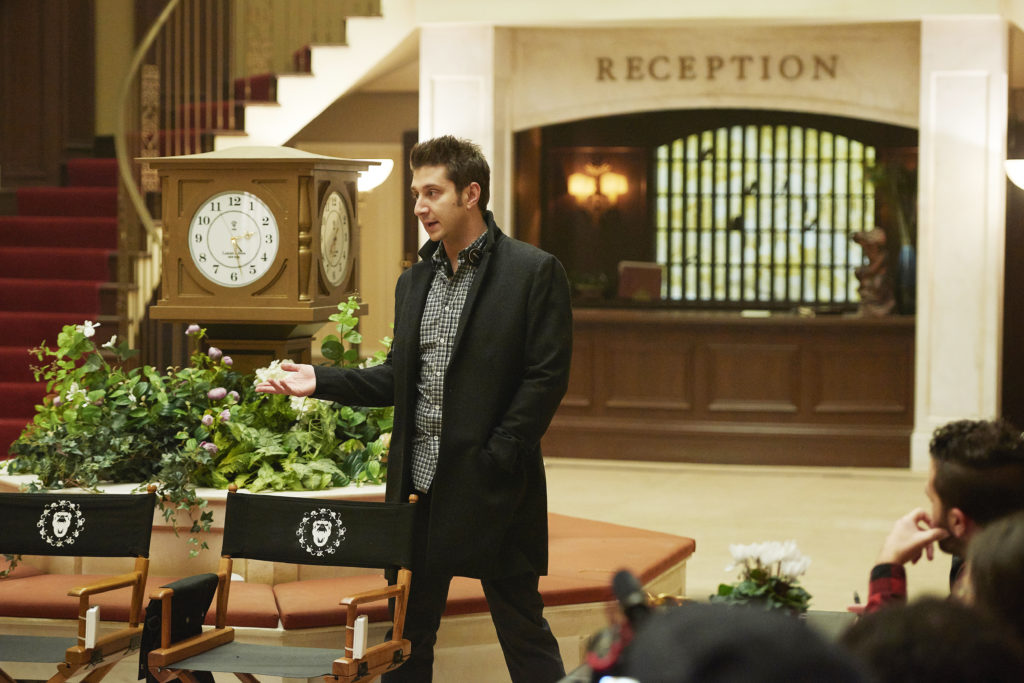 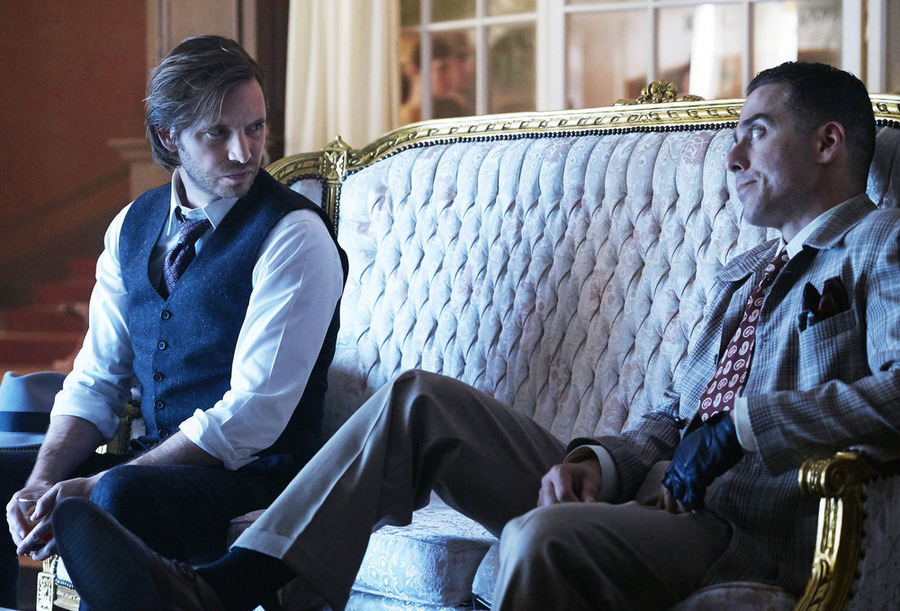 What to expect from Time and Time Traveling in Season 2 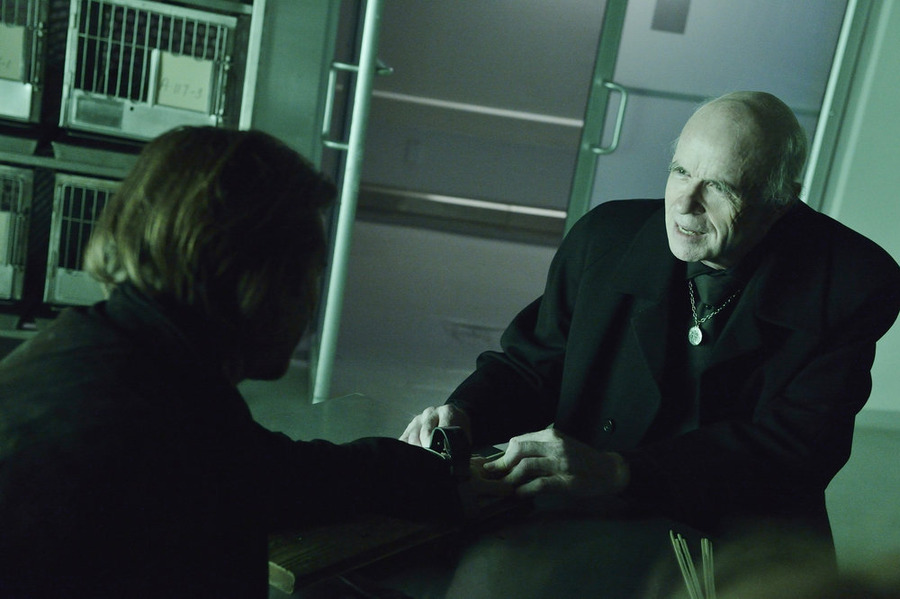 The Army of the 12 Monkeys 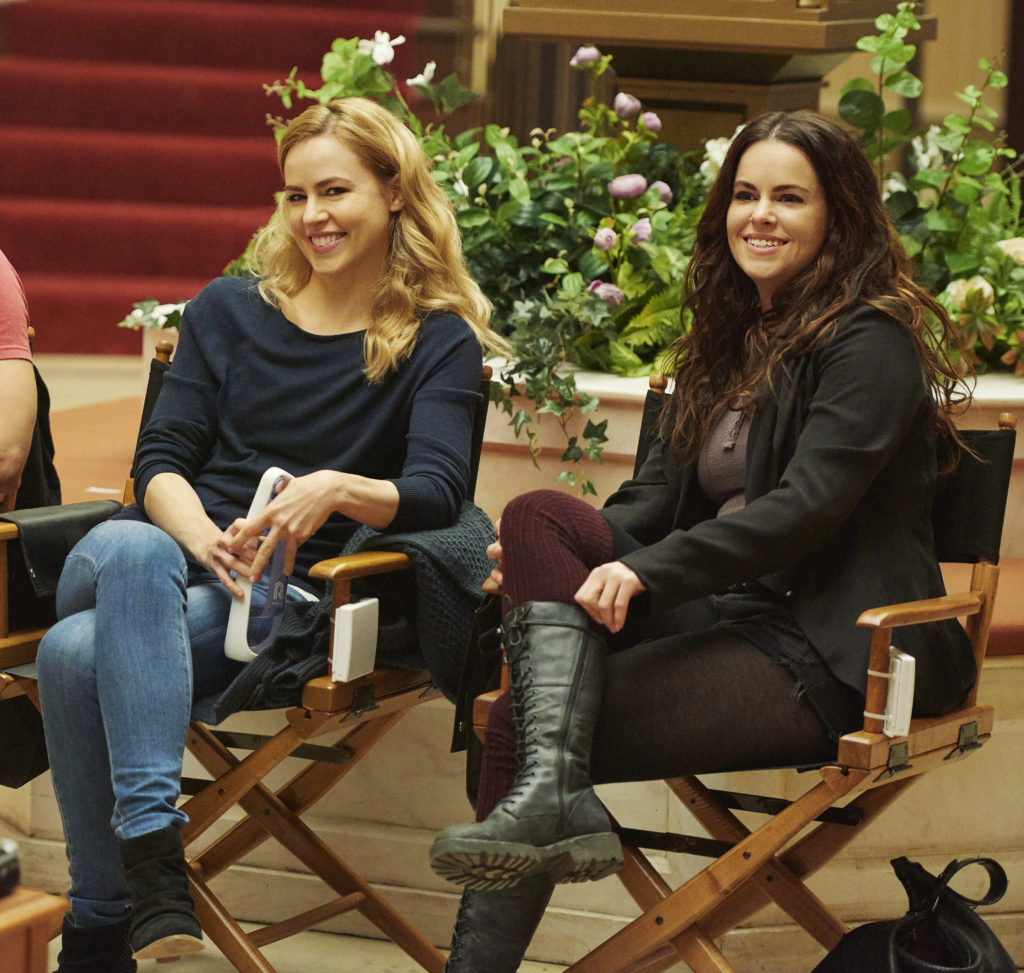 There will be a major death in season two that someone won’t be able to come back from.

Emily: We filmed a scene where a major character died yesterday. Died for reals.

Amanda: Time travel can’t help this character. There are a few rules that can’t be broken with time travel, certain people, and causality. It definitely has its parameters. 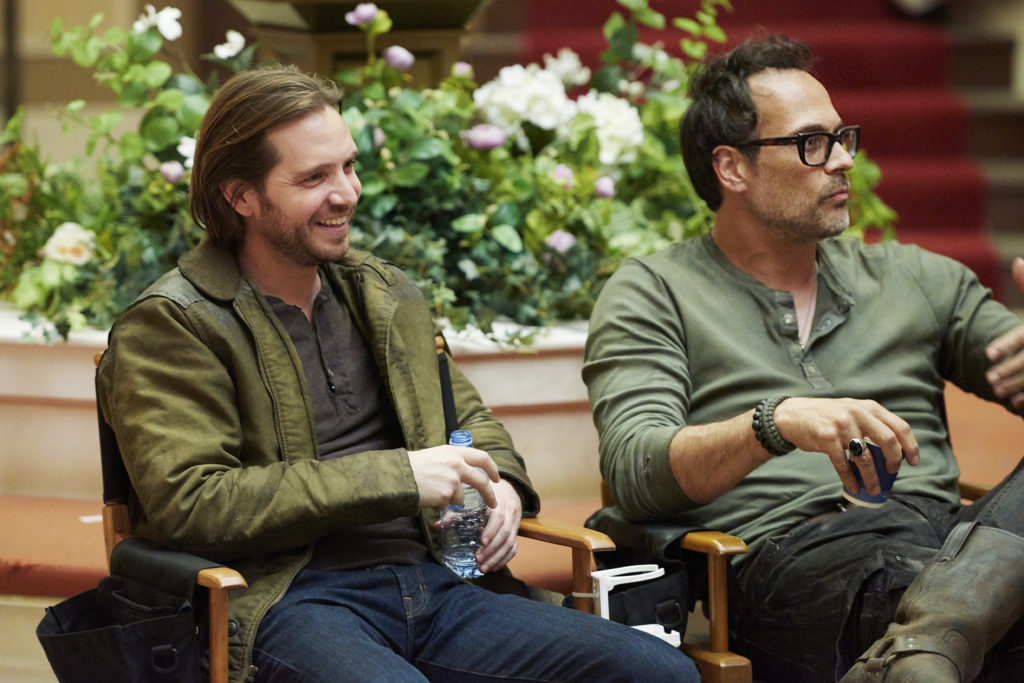 Aaron Stanford told reporters that we’ll find Cole looking for redemption this season and how traveling through different time periods changes his character.

“He comes from a very hard life. I think he’s sort of been beaten down by that life and he’s lost a portion of his humanity. He’s looking for some form of redemption. He’s ready to taken any life he needs to take as well as give his own life, if necessary. I think that his own doesn’t have a lot of value to him at the start. As he experiences different time periods, different realities, different people like Cassie, it changes him, and he begins to value life and see that there is something to it and it changes him fundamentally but by the end of season one he has this newfound compassion and that’s where it starts off for season two.” 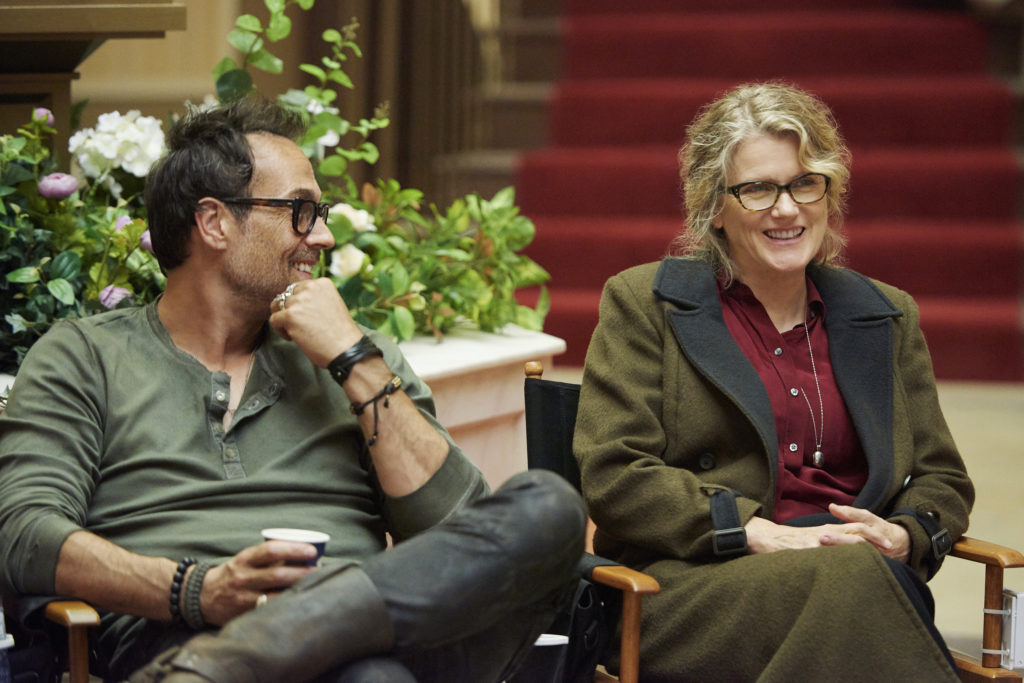 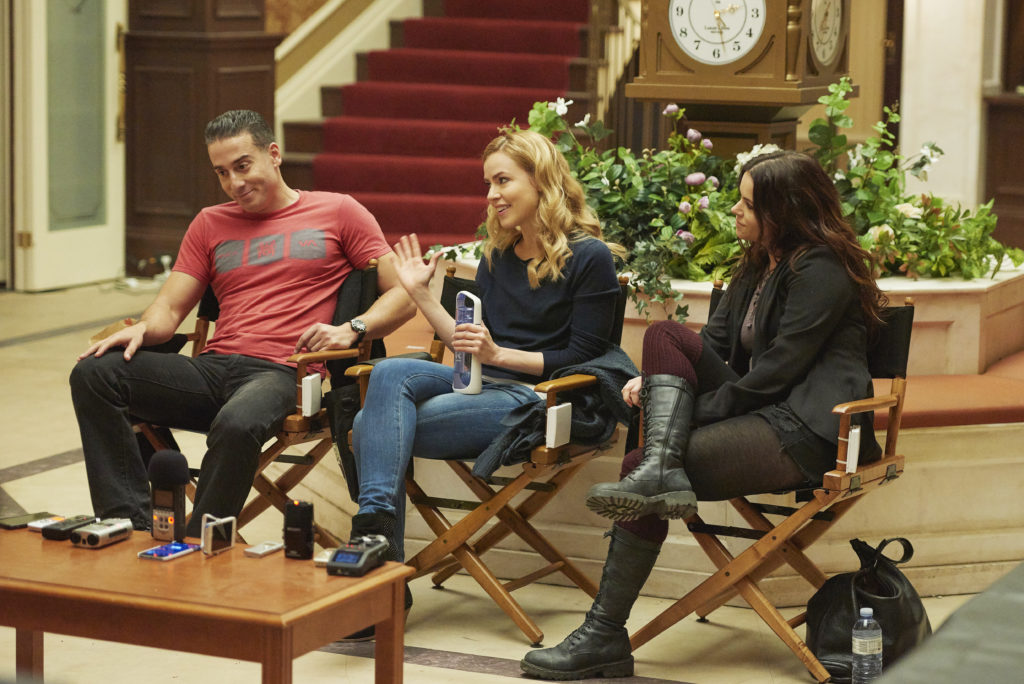 Todd Stashwick’s Deacon will be seeing much more develop this season after being made a series regular. Stashwick revealed that Deacon’s interactions with the rest of Team Splinter will change his outlook on his actions.

“We pretty much pick up right where season one ended where Cassie is stuck in the future and that immediately creates a dynamic with myself who is stuck in the facility with Jones and Cassie, and Deacon has to go, ‘Well am I with the Blue Man Group or am I with the people who I see bit more humanity in?’ The irony that Deacon is looking for humanity.”

“I think initially Deacon was an opportunist. I think couldn’t have cared less about what the gray faced people wanted to do. It was just going to get him a chance to get himself into the facility. Once he crossed into that threshold and realized it was time travel and meeting Railly has a profound effect on who he is and his point of view. He certainly had a way of doing things before and suddenly as he gets deeper in and really starts developing other relationships he didn’t have before, his priorities shift. His methodology might shift. I’m not saying they declaw him, but we might see his soft, fuzzy belly. You will get to see a lot more aspects of a guy who was just a sarcastic bastard in season one. Still a sociopath, but a sociopath with more emotional options. We will reveal glimpses as to why the way he is and what led him to be this. As much as they are showing backgrounds of Jones we didn’t see before, we are also peeking behind the curtain of Deacon as well.”

“I am Amanda Schull”

A fun tidbit to come out of the set visit was Emily Hampshire’s story about her big speech at the end of season one. Hampshire, who had a fear of speaking in front of giant crowds, shared this story.

Emily: So I, Emily Hampshire, am nervous to give big speeches. Very, very, very nervous. Like super anxiety, breakout in hives. And Amanda being a really good person and just being Amanda, was being perceptive and noticed that I was really freaking out about doing this thing. She told me her mom used to say to her that “You’re Amanda Schull, you can do anything.” And I thought that was the most amazing. So behind stage, before I went out, I was like “You are Amanda Schull, you can do anything!”

Amanda: Not the point of that story.

Emily: It gave me confidence and I went out and did it. I was really nervous about doing that scene, but I just went out and was feeling like I was Amanda Schull. And so I did it like that. 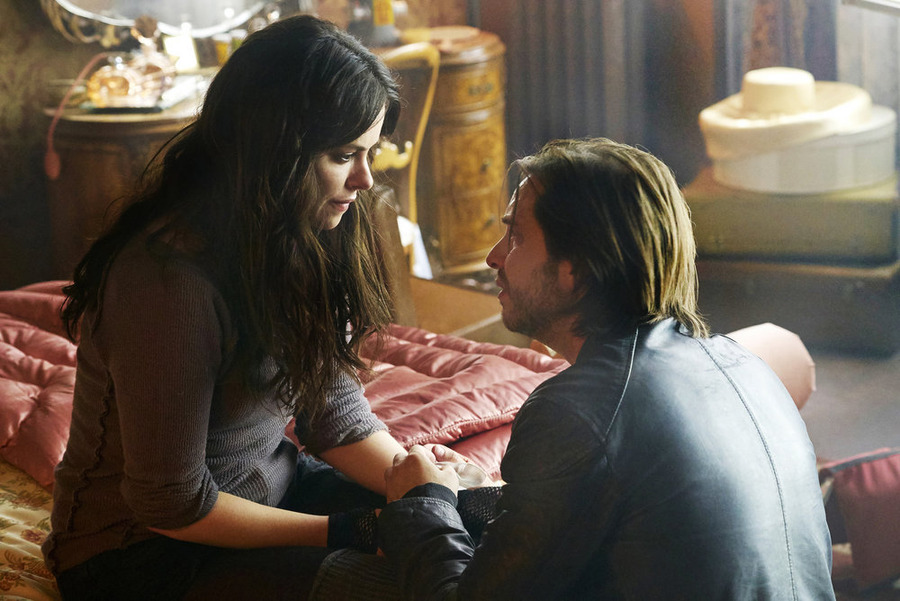 Matalas opened up a little bit about what viewers can expect from the overall theme in Season 2 of 12 Monkeys.

“The main theme of this season, when you walk away is, there are many endings and the right one is the one you choose. The other one I can’t say. There is quite a bit going on this season. Last season was about in a lot of ways, fatherhood. It was Jennifer Goines dealing with how her father hated her. How Ramse was a father and didn’t know how the mission afflicted with that. Cole witnessing the death of this father.This season is all about mothers and motherhood and what that means – from our villains to our heroes.”