’12 Monkeys’ Review: Back To The Future 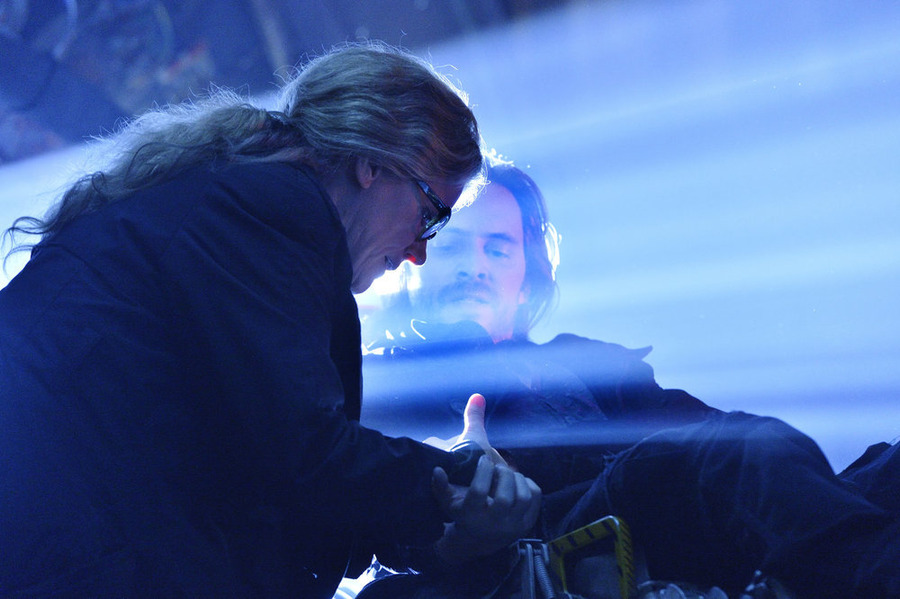 It was both an action packed and story-filled episode on “12 Monkeys” this week as we finally learn about Cole (Aaron Stanford) and Ramse’s (Kirk Acevedo) tumultuous past with the West VII.

While the focus was very much on the future timeline, the show managed to raise the stakes as Cole must now fight a war on two fronts instead of just worrying about the Army of the 12 Monkeys. We begin with Casserole (the official ship name of Cassie and Cole according to show creator Terry Matalas) back in 2015 trying to comb through data that Cassie (Amanda Schull) found on the specialized lab equipment manufacturer while working at the CDC. She starts to ask the chrononaut some personal questions, stating that she doesn’t know anything about him, but Cole is reluctant to answer. Suddenly, the lights begin to flicker and he splinters back to the future. Phew, saved by the time machine!

Cole discovers that he’s been pulled back earlier than scheduled because Ramse had killed two West VII members at the perimeter of the compound and an imminent attack was surely underway. They take precautions and station a force outside the main entrance.

Jumping back to 2032, the two best friends are on their own, hiding out where they can and trying to find food along the way (thankfully they are both too decent to kill an innocent dog). Unfortunately, the West VII ambushes them and Deacon (Todd Stashwick), the leader, offers Cole and Ramse a place in his gang (being that they had just killed two members beforehand). While Ramse is quick to refuse, Cole wants to hear out the offer. The two end up joining the scavenger group.

Throughout their time with the West VII, Cole starts to become more like Deacon, listening to the other man’s ideas of global domination based on the belief that their immunity against the virus made them strong. However during one raid, Ramse loses his temper as Deacon mercilessly kills a man. Their ensuing argument sheds more light on the kind of world the future has degenerated too, where men like Deacon become more animalistic in their vicious need to gain power. Still there are those like Ramse who fight to keep their humanity from slipping away.

Amidst their heated dispute Cole gets stabbed by one of the survivors they robbed and he ends up shooting the guy without a second thought. Deacon is like the devil to Ramse’s angel on Cole’s shoulder and team evil appears to be winning.

When they get back to the camp there was almost sexy time between Cole and Max after she patches up his wound but Deacon comes in and gives him the, “I need you to kill your best friend talk.” He does it in the best way possible of course, by basically saying: well, I could do it to make an example of him but I would take hours and hours so you’d really be doing Ramse a solid if you killed him quickly yourself.

Oh Cole! He agrees and goes to Ramse’s tent to do the dirty deed. But when he gets there Ramse knows exactly whats going on and even gives him a knife. They have a heart to heart and Cole finally realizes that he’s become a person willing to murder his own brother from another mother. That night they sneak out with poor Max seeing them as they disappear into the woods. No wonder she’s so pissed off. 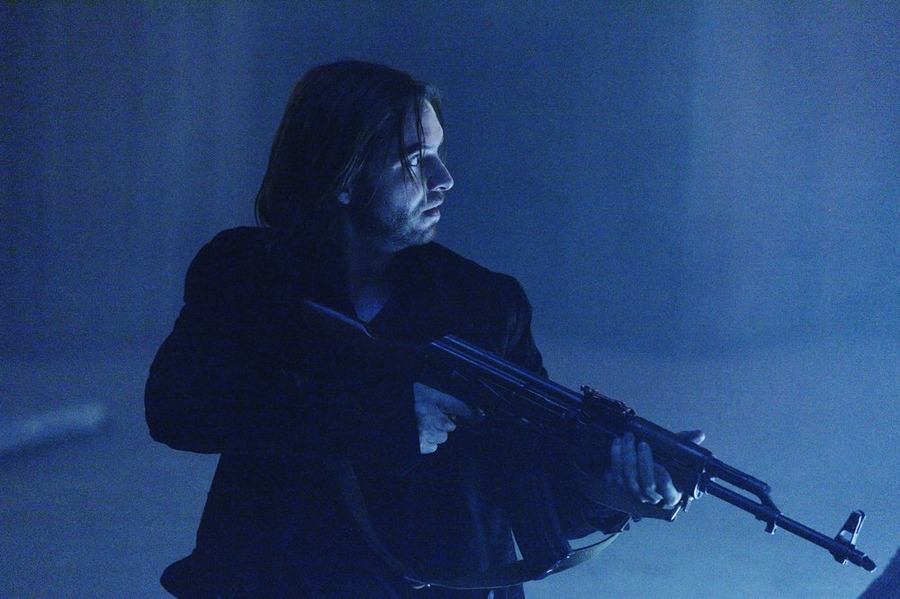 Back in 2043, the West VII set up a diversion attack and concentrate most of their forces in the underground tunnels. They manage to overwhelm the Splinter Project group and Jones tries to send Cole back to 2015 forever in a last ditch effort to save humanity. But that plan fails epically because Cole splinters to just a day before the invasion.

He gets captured by the enemy and is tortured. He then accidentally gives up the location of the underground tunnel and realizes that he was the one who ratted out his own team. Nice job. But all is not lost! Cole finally manages to convince Max to help when he admits that it was wrong to leave without saying anything. He didn’t want her to become a target and nor did he believe that he and Ramse would even survive this long.

Cole still hasn’t said what’s really going on in the compound but Max decides to aid him anyways and they race back to save the day. Things become much like Hermione and Harry at the end of the “Prisoner of Azkaban,” when we find out that future future Cole was helping out regular future Cole. He tells Max that she needs to keep Jones alive while he goes to save Ramse’s life. Thank goodness too because I had really thought he had died for a second and after this episode the guy is now my favorite character on the show. Cole, Ramse, and Whitley end up in the machine room fighting of Deacon and other scavengers with Max saving Jones in the process. The Splinter Project team wins and the West VII bid a hasty retreat.

Max ends up being allowed to stay in the compound though it’s definitely going to be awkward when she finds out about Cassie. Meanwhile Cole and Ramse have some bro time chat on the relevant topics of the day: Max, Deacon coming back for the machine, and of course Cassie.

Taking Ramse’s advice, Cole opens up to the good doctor once he gets back to 2015. He lets her know that he was born in a small town just outside Philadelphia. While Cassie appreciates Cole’s willingness to finally put some walls down, she’s got more important news to tell him. She’s found the Night Room!

This future centered episode definitely upped the ante (and my stress levels) as we now have number related antagonists in both the past and the future. Humanity just can’t catch a break. I for one though am looking forward to the further adventures of team Casserole and finding out what dastardly things await them in the Night Room.