ComicsTVTV Reviews/Recaps
November 4, 2014
By: Will Fan 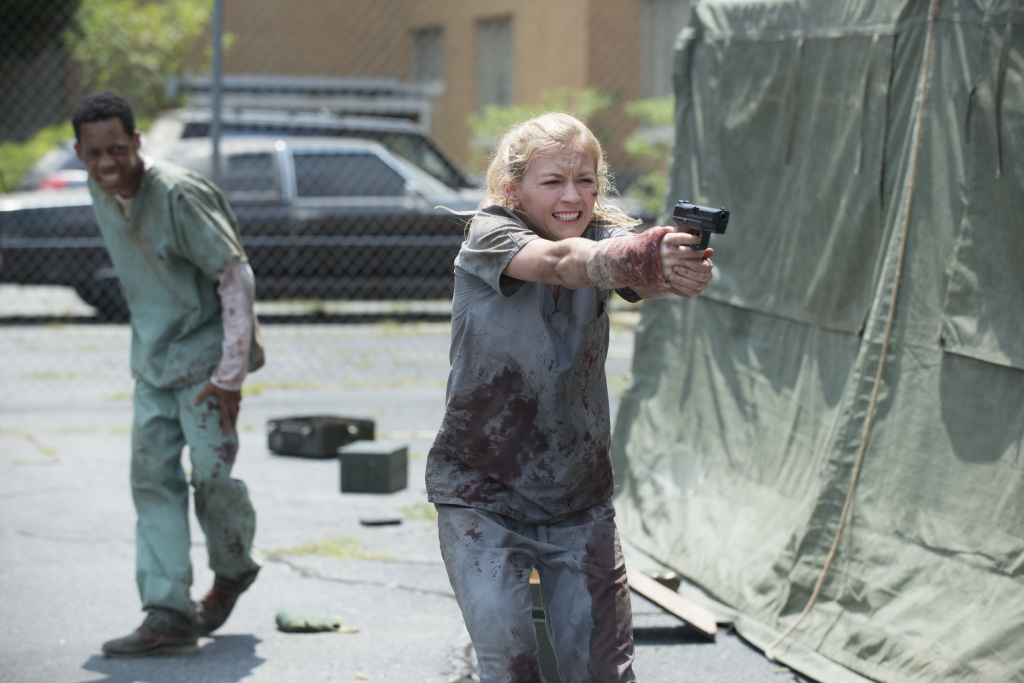 Beth makes her return to the series after being abducted by a mysterious car in last season’s “Alone”.  Judith’s favorite doe-eyed babysitter (though as I’m writing this, I realize that Tyreese has a pretty soulful puppydog gaze himself) wakes up in a room of the Grady Memorial Hospital, deep in the heart of Atlanta.  Officer Dawn Lerner is soon there to greet her along with Dr. Steven Edwards, and any notions that Beth is safe are quickly dispelled after Dawn ominously states, “You owe us.”

As it turns out, Dawn and the other guards at the Grady Memorial Hospital “rescue” survivors and press them into indentured servitude as a form of repayment.  It’s a system borne out of pragmatism and limited resources, but the corrupting influence of power soon sets in. Dawn can barely rein in the abuses of power from her officers, who in turn make a habit of only abducting those they perceive as weak, to make their tenuous authority easier to maintain. It’s another variation in the long line of twisted social microcosms our heroes encounter on this show, but beyond learning about the new rules and the idiots who enforce them, the underlying components are usually the same.

Dawn needlessly explains that everything is for the greater good, while the sympathetic Dr. Edwards finds some time to have another rousing discussion with Beth about living versus merely surviving. Rounding out the cast is the menacing and rapey Officer Gorman, Noah as the friendly face who shows Beth the ropes, and the failed escapee Joan. The characters embodying these various character tropes stands out even more due to how sparse the cast is this episode–we never get a sense of how large the community is because we only ever see a handful of people. 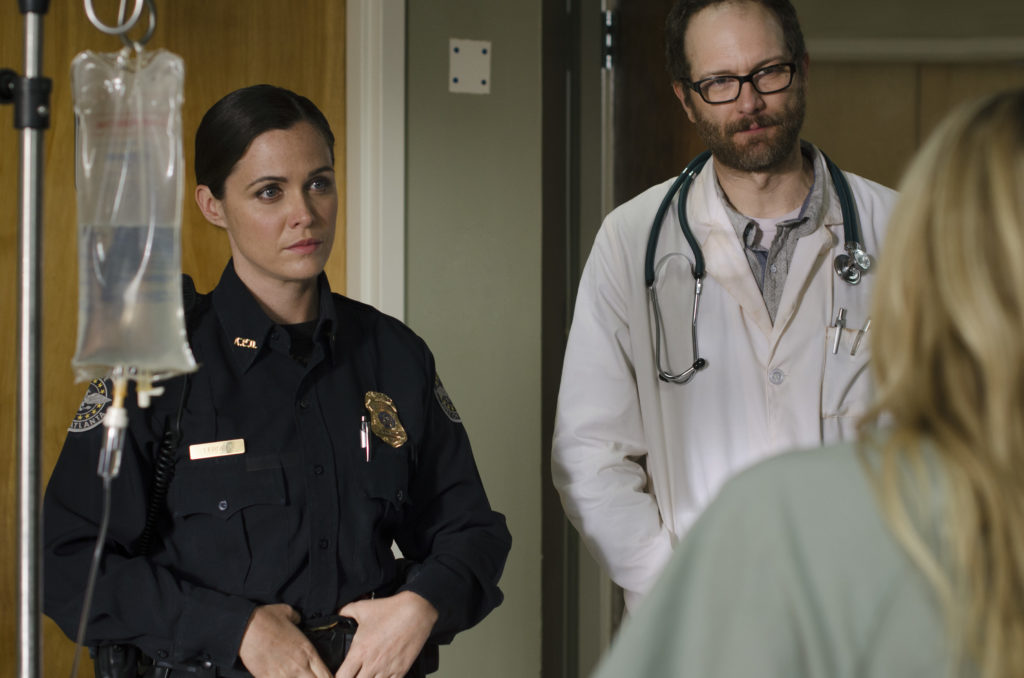 Despite not being particularly unique or engaging, this episode does offer a few interesting moments that stood out. Following her failed escape attempt, Joan decides that the only recourse left to her is hiding and committing suicide in Dawn’s office, in hopes of ambushing Dawn after she turns. It’s an impactful moment for a character who doesn’t get many lines or screentime. Meanwhile, Dr. Edwards is the hospital’s only doctor and is protective of Beth, but he’s also a coward whose influence extends only as far as his utility. So when another doctor and former colleague of his is brought in by the guards, Edwards manipulates Beth into giving him the wrong injection, causing him to seize and die. Despite using her to secure his own position, he neither turns against her nor apologizes–he’s merely a coward trying to survive.

Beth isn’t nearly as understanding of his betrayal, but as she prepares to kill Dr. Edwards with a pair of surgical scissors, the sudden sight of Carol being rolled in on a stretcher gives her pause. Between Morgan’s reveal from the premiere and Daryl’s unseen companions from last week, the diminishing returns of these abrupt cliffhangers are beginning to show. The recent episodes have provided more focused narratives, but given the divergent paths character are taking, juggling between the multiple storylines can prove problematic. Left dangling too long, these cliffhangers begin to work against the show; we still don’t know who Daryl brought back to the church, and it could be a couple more episodes before we learn the fate of Beth and Carol.

It’s uncertain that we’ll soon hear about either, since judging from the preview, next week’s episode will largely focus on the group heading to DC. It’s a minor structural issue that the season will have to resolve if it wants to remain cohesive and keep its sense of momentum, since suspense can easily sour into frustration over too long a timeframe.

@theworkprint
Follow
Previous article
Review: ‘Nightcrawler’ is a satire gone awry
Next article
The ‘Minions’ Get a Trailer