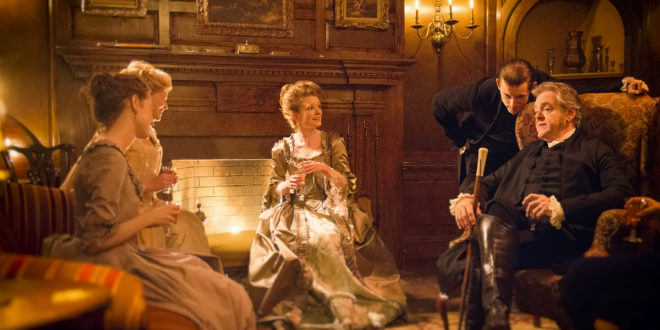 TURN is back for season two on AMC on April 13, both with a new air date (Mondays) and even a new title: TURN: Washington’s Spies. At the end of the tumultuous season, Mary Woodhull learned her husband, Abe, has been working covertly for the George Washington and the patriots. Through a deadly accident, she and her husband now share their own secrets.

To learn more about the upcoming season, I recently spoke with Mary’s portrayer, Meegan Warner, to get some hints on what fans can expect in the new season.

Hi Meegan—thanks so much for taking the time to chat today. TURN just got a new title going into the second seasons. It is now called TURN: Washington’s Spies. Is there anything else off the bat that will feel new about the show when the second season premieres in April?

No worries! Thanks for having me!

So we pick up the story around two months after the events of the season one finale. As the story starts unfolding, we’ll start seeing some new characters introduced into the equation and with them some cool new story lines. I also think the pacing of this season is a lot faster and more exciting. 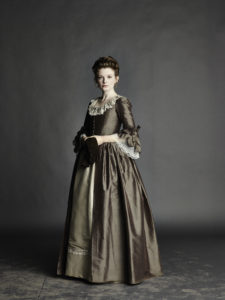 You guys are going to be going on Monday nights—something that’s worked out quite well in the case of Better Call Saul. Do you guys think you’ll start to discover a new audience with the new time slot?
I hope so. Last season we aired at the same time as Game Of Thrones, which was quite intimidating! The show truly went under the radar during season one, but we attracted a really passionate core audience. TURN will also be on Netflix soon, which I think will help as well.

OK—let’s get into the show now. What’s it like working on a period drama? What do you think of some of the costumes?
It’s been fun to explore the time period and the costumes are amazing. Very beautiful and detailed, but it really isn’t fun to eat lunch in a tight corset! I was always quite enthusiastic to take the costume off at the end of the day!

Your character also has a young child on the show. Is it difficult at all working with such a young baby on the set?

I think we’ve been very lucky with Ellis and Cabell, the twins who play Thomas. There were some difficult days but for the most part they were very good. The boys were a lot more relaxed around the cast and crew this season. And they can now say my name, which I’m very excited about!

Before you got cast, did you ever get a chance to read the book the show is based on?
Well my manager actually owned the book, but the audition process was very quick. I only had a few days between hearing about the audition and going in to read for the role, so I didn’t have time. But the day I found out I’d booked the job, after the excitement and shock died down a bit, I started reading it and I loved it.

In the season finale, Mary discovered what Abe has been up to, but helped him cover up a murder with a last minute idea of arson. How will her discovery and their secrets impact their relationship in the second season?
Yeah that was a pretty awesome moment to play as Mary. Definitely my favorite scene to film in season one. Mary and Abe’s relationship becomes very interesting over the course of the second season. I wish I could say more but I’m afraid I’ll give something away!

Abe became a reluctant spy for Washington over the course of the season. Is there ever a chance that we might see Mary join her husband in the spy craft?
I can’t tell you that! You’ll have to watch and see…

For those that are “shipping” (hate to use that term) Anna and Abe, give us a few reasons why we should root for Mary and Abe to stay together?
Hahaha! Oh dear… I think it’s a little pointless to “ship” characters on TURN. What with the arranged marriages and all!!

We’re going to meet Benedict Arnold in the second season. Any other teases you can give us for the first few episodes of the season?
The first season was very much about the formation of the spy ring. This season is a lot more action packed and exciting. And the lovely Ksenia Solo joins the show as Peggy Shippen.

Where else can we see you this year besides TURN?
I did a film called The Veil with Jessica Alba, Lily Rabe and Thomas Jane which I believe comes out later this year. An independent thriller called Portend may also surface this year. And I’m currently in Australia filming the new Cairnes brothers feature called Scare Campaign but that will probably be out next year.

Previous Destiny’s Second Expansion, House of Wolves, Arrives May 19
Next ‘Game of Thrones’ Retconned One of Cersei’s Best Moments 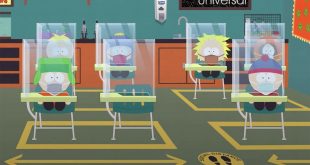 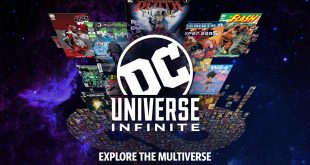 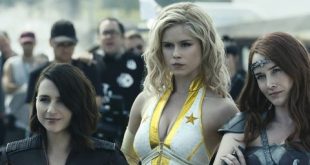 Every superhero series has this episode. The one moment where the Big Bad becomes Undone  …