‘The Night Of’: The cat, the deer head, and John Stone’s Foot Problem

Minor spoilers through The Night Of episode 107: “Ordinary Death.”

The Night Of is great television, suspenseful in all the right places and chock full of underrated actors (Riz Ahmed, bae). If you haven’t started watching, I highly recommend it. After the premiere episode, I had flashbacks to when I first watched Homeland, second-guessing what was real, who was right, and dammit I can’t remember all these minute details. It’s slowed down a bit in recent weeks, but I’m still excited to see how this mini-series ends. However, as great as Riz Ahmed has been in the role of Nasir Khan (and I’m talking Emmy-great), and as fascinating as the legal battle is weekly, there’s only thing I want to talk about at the end of each episode: the purpose of John Stone’s disgusting foot problem.

Seven episodes in and I wish other shows spent the amount of screen time HBO has spent showcasing Stone’s eczema. We’re talking closeups, winding character arcs, an identity struggle, and possibly a satisfying ending. The true antagonist of The Night Of isn’t Detective Box, Freddie, or the District Attorney. No. It’s the showrunner who thinks I want to see Stone’s foot sores weekly. (Spoiler alert: I really don’t.) I’ll never look at chopsticks the same way again.

After watching Stone have a one night stand with a prostitute who then learned of his skin affliction after the fact, and cringing so hard I nearly bit my tongue in half, I thought there MUST be a purpose to his damn feet and it has to be more than just a weird quirk. 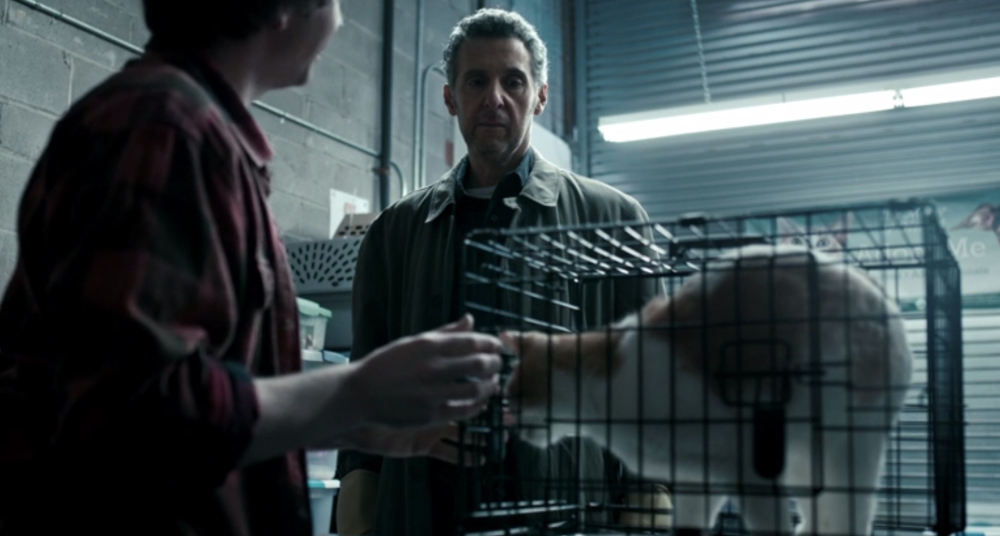 The thing is, The Night Of is big on metaphors and symbolism. Think that deer head on the wall of Andrea’s brownstone is just Gaston-inspired decor? Think again. It’s a witness. A witness who saw the truth of the whole night but can’t tell us anything because it’s dead. Like the viewers, the deer has no say in how the trial ends or what Nasir’s fate might be by the end of eight episodes. Instead, it’s up to the men and women who are tasked with photographing that deer head, swabbing its eyes for clues, trying to piece together what it saw the night of the crime.

The cat is like Nasir, moving from one prison to another. It may have everything it needs to survive, it may think life isn’t so bad in a 10 x 10 room with food and a private place to poo, but it’s still a prisoner, just like Nas. It finds freedom from the room for a brief moment of respite, but once its noticed, it’s quickly tossed back into its cage. No matter how likable the cat may be, it’s stuck where it is.

And don’t even get me started on the implications of Nas getting a wolf howling tattoo and the connections to The Call of the Wild.

So when it comes to Stone’s feet, thematically the biggest metaphor in the whole show, what purpose do they serve? Because I’ll tell you, if the writers wanted to show that Stone is an idiosyncratic lawyer, bumbling and unprofessional compared to the high-powered attorneys prosecuting Nas, they could have done that in a few quick scenes at the outset.

No, no. John Stone’s eczema and his feet are integral to who he is as a character. 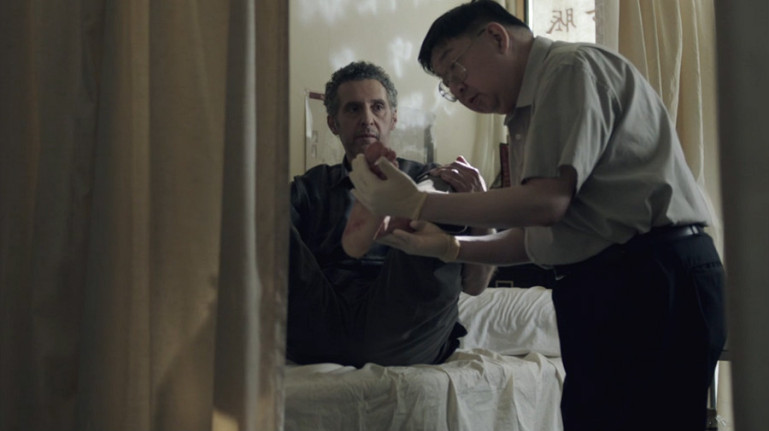 The common theory about Stone’s feet is they represent his desperation–he’ll do or try anything to get rid of the eczema–and that translates into how he acts as a lawyer. To win, to succeed, he’s unscrupulous. It’s not just the viewers who make this connection to Stone, but every other character mentions his “ambulance chaser” ways, his feet problems, and the fact that he has his face all over town; ultimately, he’s beneath them.

On the surface, those descriptions of Stone might be true; he makes his bed and his paycheck off of petty criminals, so naturally he’s seen as a money-grubbing shark by the police, detectives, and other attorneys. I argue, however, that he takes his job to heart, that he cares about the people he defends and we see that devotion in how he tends to his feet and the eczema that plagues him.

Taking care of one’s feet is an important tradition in many religions and cultures. In the Bible it states that: “Those who have had a bath need only to wash their feet; their whole body is clean” (John 13:10). In context of The Night Of, I think the Islamic tradition of Wudu is more relevant to John Stone’s character. Wudu is the practice of cleaning one’s body parts before prayers and reading the Qur’an. Only those who are clean are allowed to touch the Qur’an because as the prophet Muhammad said, “Cleanliness is half of faith”.

John Stone doesn’t seem the religious type, so why is this important for his character? Stone’s faith is in his work and before he can work and pursue that faith, he has to cleanse himself of his impurities. Every episode, Stone starts out by taking care of his feet, the cat, or his son; about halfway through the hour-long episode, once his “cleaning” is done, he gets to work by chasing down suspects, following up leads, or going to court. All of this is because there’s a part of him that believes he can do good work; he can save kids like Nasir from attorneys looking to make a news headline. Or at least try to. Stone’s dedication to his feet’s health directly mirrors his dedication to his work, exploring every avenue before he even considers quitting.

Now that his feet are relatively healed, his attention has been turned to taking care of Andrea’s orphaned cat. At first it was under the guise of the cat being a “witness” and wanting to do right by her, but he couldn’t let the cat be killed, just like he refused to leave Nas to another attorney. Despite being incredibly allergic to cats, Stone tends to the animal the best he can, buying it toys and showing it affection while he’s wearing rubber gloves and a surgical mask. Even though the allergies are affecting his health, he confesses with tears in his eyes that he doesn’t want to get rid of his cat. It’s good for him and his soul.

John Stone’s feet and his relationship with the cat aren’t going to come back and save the day somehow. There won’t be some brand new DNA found in the cat’s fur and Stone definitely won’t use his foot ailment as a way to smuggle in goods to save Nas in prison. That isn’t the kind of show The Night Of is trying to be. Instead, they are simply meant to show the lengths to which Stone will go to be a good person, to cleanse himself of some of the bad he does in order to have proper faith in his work.

The Night Of’s mini-series finale airs this Sunday on HBO at 9pm EST.