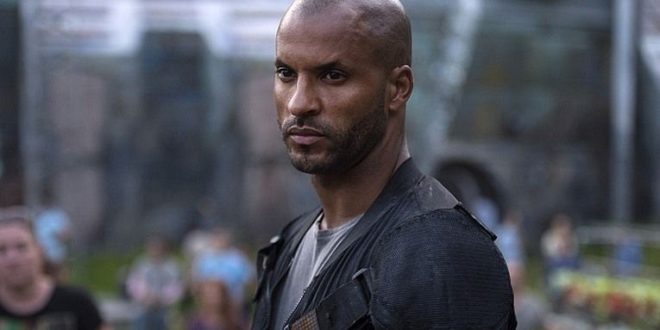 This article contains spoilers from the most recent episode of The 100: “Wanheda: Part Two”.

It was announced yesterday that star of The 100, Ricky Whittle, had been cast as the lead in American Gods, a Starz TV adaption of Neil Gaiman’s book of the same name. Like most of the internet, I’m ecstatic that Whittle will be playing Shadow Moon and think he’s a perfect addition to the show.

However, I’m a bit concerned as to what this means for Lincoln on The 100.

As we saw in the most recent episode of The 100, “Wanheda: Part Two”, tensions are brewing between Sky Crew and the Grounders, especially with the addition of Pike and the newly found members of Farm Station. Pike hasn’t had the best experience with the Grounders and since the events at Mount Weather last season, with Lexa and co. abandoning Sky Crew, there aren’t too many left who trust the natives. The only reason most accept the Coalition is because Sky Crew is vastly outnumbered.

On top of that, there’s a divide between those who believe Mount Weather’s technology should be used and those like Lincoln and Octavia who see its use as act of war against the Grounders. Lincoln only concedes to using Mount Weather’s medical facilities when Nyko, a friend from Tree Crew, arrives at Arkadia gravely injured. After Abby heals Nyko’s wounds she decides to open Mount Weather to everyone, even against Lincoln’s protests.

Now Lincoln is caught in the crossfire between Sky Crew and Grounders, acting as a constant reminder of Lexa’s betrayal to those in Arkadia, but his loyalty and beliefs force him to try make peace between the two groups. He stays even when Octavia begs him to leave because he doesn’t agree with what his people are doing to Sky Crew and just wants everyone to get along.

And now his actor has just penned a deal as a lead on a new, high-profile TV show.

I hope I’m wrong in thinking that Lincoln will soon die as a martyr in the war between nations, but things aren’t looking too good for him with Ice Nation closing in, especially on a show absolutely littered with main characters.

What do you think? Is Lincoln safe as a character or will we all suffer heartache alongside Octavia at the loss of one of the best characters on the show?

Don't let the fancy nerd duds deceive you; Jen’s never been described as “classy.” You can find her on Twitter where she stalks all of her favorite celebrities: @jenstayrook. Or you can find her on Steam or Xbox dying in every game she plays as "Rilna." Email: jen.stayrook@theworkprint.com
@jenstayrook
Previous Grace Gummer Joins ‘Mr. Robot’ as Series Regular
Next ‘Galavant’ season finale: Long live the One True King, Tad Cooper

Supernatural: Back and to the Future – The Start of the Final Season Review

I guess if you’re going to change things up, why not do it on Season …