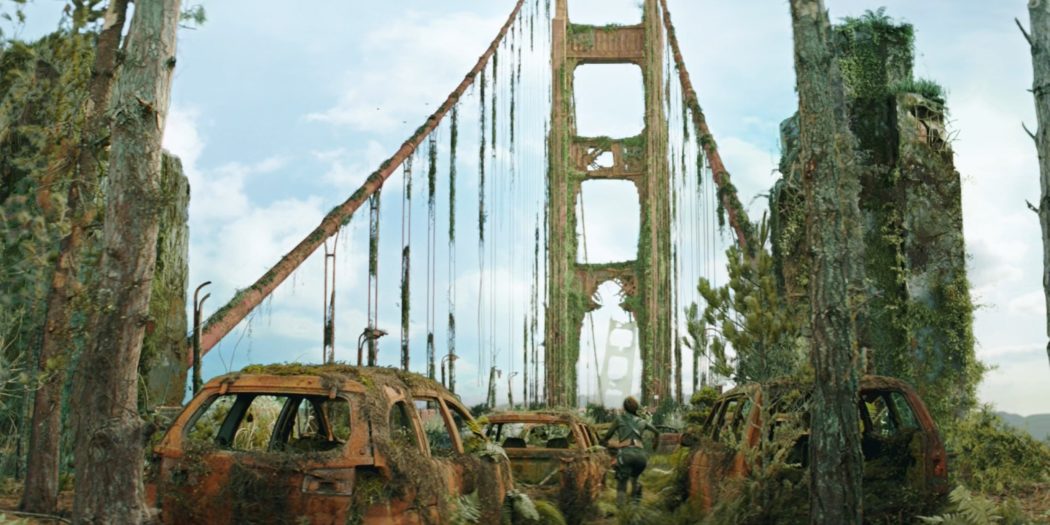 The Shannara Chronicles cast and crew weren’t lying when they said this season would be darker and more action-packed. Those weren’t all stunt doubles on screen in the season 2 premiere, the actors themselves had to go through quite a bit of training to get ready for those scenes. While at NYCC, the actors opened up about shooting in New Zealand, training for their action scenes, and more.

The Physical Training was Intense

For Austin Butler, being able to participate in more action scenes this season was a dream come true:

Butler: “Being in the backyard swinging swords and jumping over trees and stuff, that was what I did as a kid. So to get paid to do that was a dream.”

This crew’s training consisted of a month straight of daily workouts which included everything from boxing, horseback riding, boot camp style workouts, and weapons training, which was Ivana Baquero’s (Eretria) favorite part. While Eretria will still be throwing those daggers this season, she will also acquire new weapons to play with.

Baquero: “I got to learn with a real weapon and I had to learn how to throw real knives. It just felt so empowering, I mean I learned how to sword fight too, it was really cool.”

Vanessa Morgan (Lyria) did not expect the training to be so intense as this was her first role that would require such physical training. On top of a month of intense training, the actors were given their fight choreography a week in advance to practice and rehearse:

Morgan: “My reactions are real because you don’t want to mess up and get hit. We had a month training just to get comfortable but they would give you your choreography a week before the scene you would go in every day just to get it right. Cause you can mess up, and obviously the swords are gonna be fake but it still hurts, they do cut”

While Morgan said she is not sure if she would like to do such physical roles in future projects, she did enjoy learning how to work with a sword. One of the scenes she is the proudest of, and made her feel badass, is this clip from the trailer.

She was very proud of catching the sword in the sequence and is excited for fans to see why that fight is happening. Even with all of the hard work though, the cast did get a chance to go out and enjoy New Zealand.

Morgan: “Obviously the work load’s a lot, but on weekends we would go have fun. You don’t have the distractions of your LA friends, you really just have each other so we were doing a lot of bonding on the weekends, had some good times, went out dancing.”

This season Shannara sets will really bring the fact that this is a post-apocalyptic fantasy world into the forefront. This was apparent in the first episode with Eretria’s fight with the trolls taking place on the remnants Golden Gate Bridge. 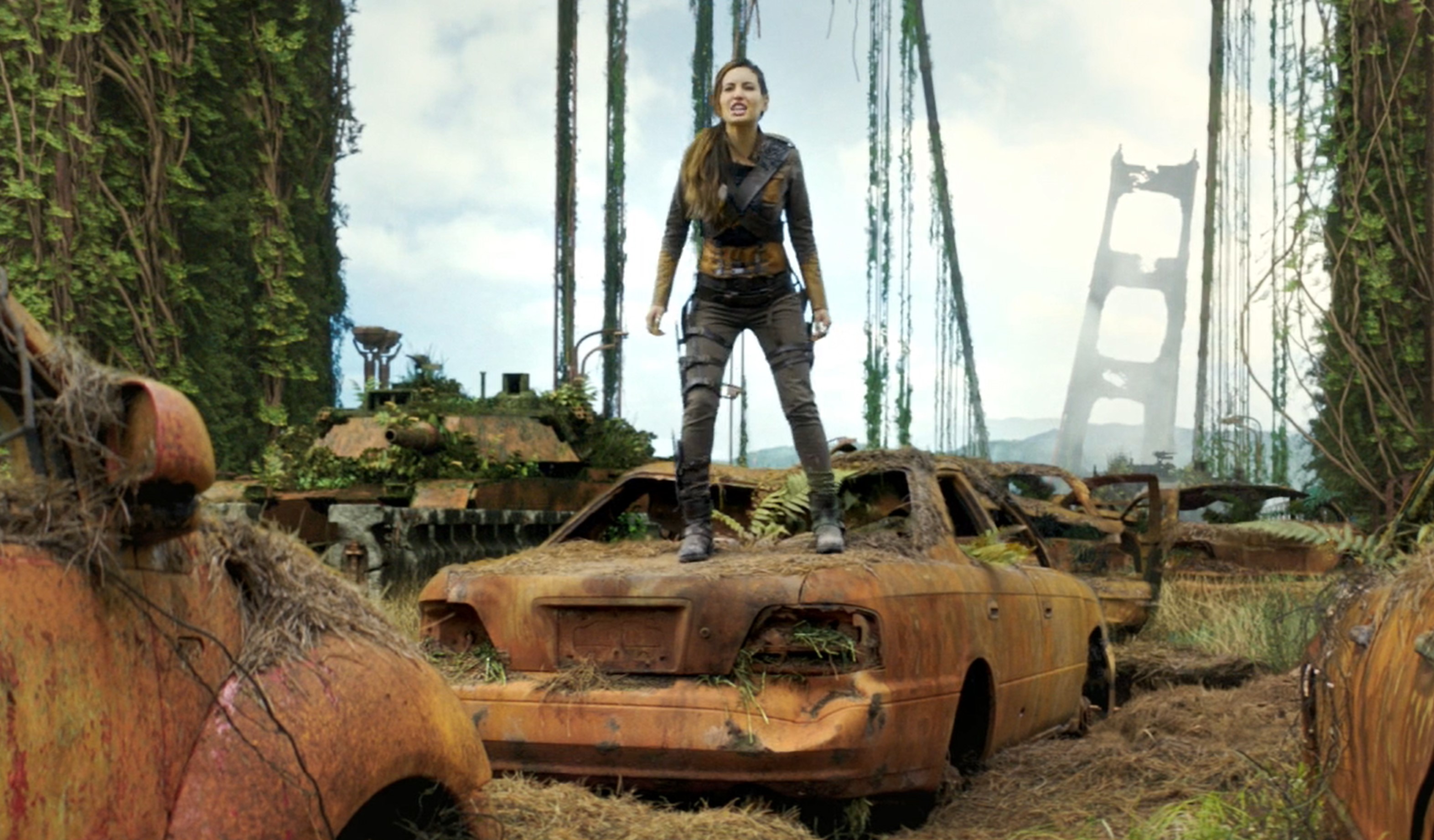 This is something about the books that really intrigued show creators Alfred Gough and Miles Millar.

Gough: “It’s something that’s very distinct about the book, to see an elf juxtaposed to the landscape of San Francisco is very dynamic.”

After watching the first act of The Shannara Chronicles premiere, Butler was still in awe of how expertly the show melds CGI with the New Zealand backdrop to create this post-apocalyptic world, and how seeing the final product helps with his performance.

Butler: “I remember filming a scene in a parking lot behind a giant green screen and now we’re seeing the Golden Gate Bridge. It looks incredible. But I remember what it was like filming that. It’s such a good lesson, every time I see it, to immerse yourself like a child when you’re on set because that amount of imagination is necessary because sometimes it can be hard to really imagine what’s happening.”

All Aboard the Lyria/Eretria Ship (Does this Ship have a name yet?) 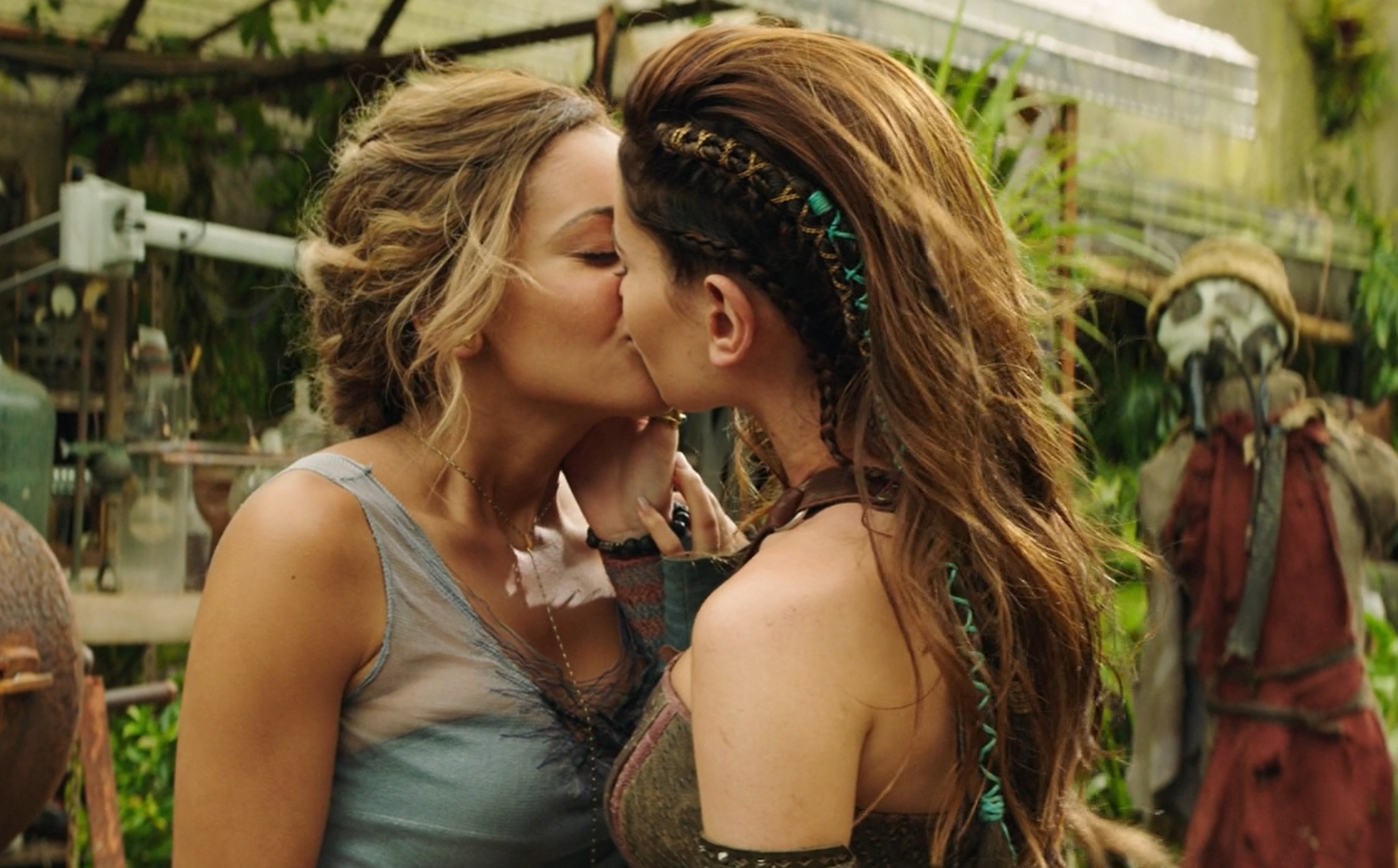 Morgan is no stranger to playing queer characters. On Finding Carter her character Bird had a short-lived fling with a cutie named Madison, and she also played a lesbian character Destiny in the movie Pimp. Wait guys, there’s still more. Lyria is not even the only bisexual character Morgan is playing this fall! Her character Toni, who is bisexual, will be introduced in the third episode of Riverdale this season!

Morgan: “I’m so happy that I’m getting to represent this on TV when it’s so important in 2017 to show that you can love somebody for their personality, you can fall in love with their soul and not what’s written down as their gender.”

Baquero said that the responses she has felt from the LGBTQ community regarding Eretria and Lyria has been largely positive, but she is aware of the “Bury Your Gays” trope that many fans fear.

Baquero: “I know a lot of people are wondering what’s going to happen there. Are they going to kill of Lyria because they always seem to do that. We put in a lot of love into it. We really hope people enjoy it. It’s treated in such a natural way that I think, and I hope, that people really enjoy it and have fun with it.

While traveling to the south of Ireland, Bennett learned that he has a much more personal connection to Bandon than he ever knew. While on this holiday he came across the Castle of Bernard in the town of Bandon. After sending a picture of the castle to Terry Brooks, the author of the Shannara books, Bennett came across another discovery.

Bennett: “I found out that one of my ancestors was one of the first Earls of Bandon. I followed my family tree back there and there were some very strange coincidences that tie into that.”

The Shannara Chronicles air Wednesday at 10:00 on SpikeTV.

Alyssa (TV Editor) likes long walks on the beach, Greek food, talking about television, watching a good sunset, and girls who wear glasses. Wait, this isn't a bio for OKCupid? Alyssa got her start recapping in college when her friends got tired of her constantly talking about TV and suggested she start a blog. The idea was if she wrote about TV she would talk about it less. Well her friends succeeded in one of their goals...she started writing about TV.
@tvwithapb
Previous ‘Supergirl’ – “Triggers”: How In the World Does Lena Not Know?
Next ‘Shannara Chronicles’ Review: Danger Lurks Everywhere