As we move into the miscellany mishegas, I reflect on a few of the games and moments Norton and I experienced that were not featured but that did leave an impression on us nonetheless.

We start off with the first night Norton and I touched base in Boston. There was a rather small soiree in which a number of indie developers set up shop in this workspace named District Hall. The party was more packed than we’d anticipated, so Norton and I were only able to get our paws on but a few games. One of these games was Last Slice. In this top-down party brawler, up to four plays may throw down in order to be the last person standing with the very last slice of that good stuff. The gameplay was fun and frenetic. Having played it a few times with two other strangers, which is one of the idiosyncratic draws to the PAX experience, I would highly recommend giving this game a peep. Norton and I had also a little game time with a Grayland, a challenging puzzle game in the vein of Super Meat Boy. It’s by Demmy Mangusso. In it, the major reward is restoring color to an otherwise black and grey world. Simple, yet super satisfying runs the gameplay itself. Lastly, we’d spent a little time watching, however not getting to try No Crying In Baseball. This game by Anthony Bockley is an ambidextrous work out as you try to knock pitches out of the park as you try to keep an emotion meter in check. It’s a silly but funny premise that actually is kind of addicting!

On the actual PAX floor the next day, we were greeted immediately by an assailing of the oculars. Since we had a little time to kill before our first interview, the Annapurna booth caught our eye, as we had no idea that the critically lauded motion picture company had its fingers in videogame publishing as well. Much to our delight, the trio of games we tried out did not disappoint. First off was The Artful Escape by Beethoven and Dinosaur Studio. The stunning side-scroller takes you into the story of a teenager armed with a sweet ax who embarks on a multidimensional journey in order to inspire his rockstar stage persona. The level design was out of this world, quite literally and the music was very 70s prog rock, which fit the color palette in every way imaginable. Next up we had If Found by Dreamfeel Studios. This is wholly a dreamy and gorgeous experience, as you simply erase an Irish girl’s destroyed diary to uncover secrets. The only action is erasing but it through her diary and an ambient soundtrack uncovers a very rich story that would make you want to turn the page on which lies myriad art styles. Tertiary, though we only had a brief time with it was Sayonara Wild Hearts by developer Simigo. In their own words, it is a pop album video game. It lets you ride motorcycles, skateboard, shoot lasers, wield swords and dance battle. Set to a super catchy and fun soundtrack and featuring art without parallel, the experience will have you coming back for more and more.

One of the bigger attractions we got to experience through the grace of having the right media passes at the right time was Fuser from Harmonix and NCSoft West. Pithily put, it’s basically Drop Mix, which is a musical card game and Rock Band. The line for the event was massive, but we were able to scooch in for some exclusive playtime. Available soon and all systems, the game lets you truly experience what it’s like to mix vocals and individual instrumental elements from over 100 songs. Unlike a DJ Hero, Rock Band or Drop Mix, the only peripheral you need with this is the controller you already own. The controls are very intuitive and is sure to make if you don’t have Drop Mix (which can be pretty pricey), this a nice worthwhile party investment!

Congrats! You’ve made it through. Now a celebration.

As for another few random bits, Evolutis is an astoundingly animated 2D action game inspired by Ghost In the Shell and Blade Runner by Portugese developer Poke Life Studio. Star Crossed is a co-op action game that plays out like a galactic version of Pong. The Wonderful 101 Remastered is if the Pikmin got a psychotic face-lift. Inertial Drift is a fast-paced, cel-shaded racer by Level 91 Entertainment and highly inspired by the anime Initial D. RADARjam by Hamra Digital is a stealth game in the vein of Asteroids, but only much, much harder.

So there you have it, the culmination of our experience of PAX East 2020…

Oh, and like any awesome video game, there’s a bonus round. I didn’t record the entire song and I could have linked a youtube vid to them, but this was recorded on site. That makes it more magical, as we know. Ladies and Gentleman, the Roadhouse is proud to present… Super Soul Bros.

Robert J. Kijowski is a screenwriter who enjoys a good chuckle and an even better weep when indulging in art both good and even better bad. He enjoys the company of strangers in a theatre but adores the camaraderie of friends watching Netflix. He also loves to talk- a lot. This can be read through his recaps and reviews on the Workprint or heard through his weekly movie podcast, After the Credits. His presence can be felt through Facebook, Spotify or Ouija. Don’t use the latter though- he almost always ghosts people.
@writer_wronged
Previous ‘Harley Quinn’ Season 2 Episode 2 Review & Recap: Riddle U
Next What We Do In The Shadows Season 2 episode 2.01 Recap – Who Ya Working For? 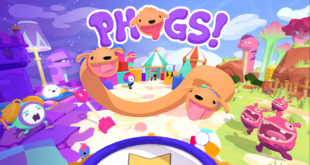 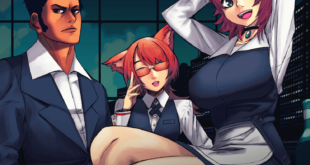 Though I didn’t have a recorded interview with this, I got a good 15 minutes …