You’ve probably seen set photos from Game of Thrones‘ fifth season. And you’ve probably also read pages and pages of explanation and speculation and comparisons to the books and WOMP WOMP WOMP. BORING. All of those articles? They’re wrong. What I’m about to tell you is the truth behind the fifth season. I’d warn you about spoilers and the like, but these photos and my commentary are so awesome they transcend spoilers. You’re welcome.

Let’s begin in Dorne, heralded as the sandiest, nipple-y-est place in Westeros. 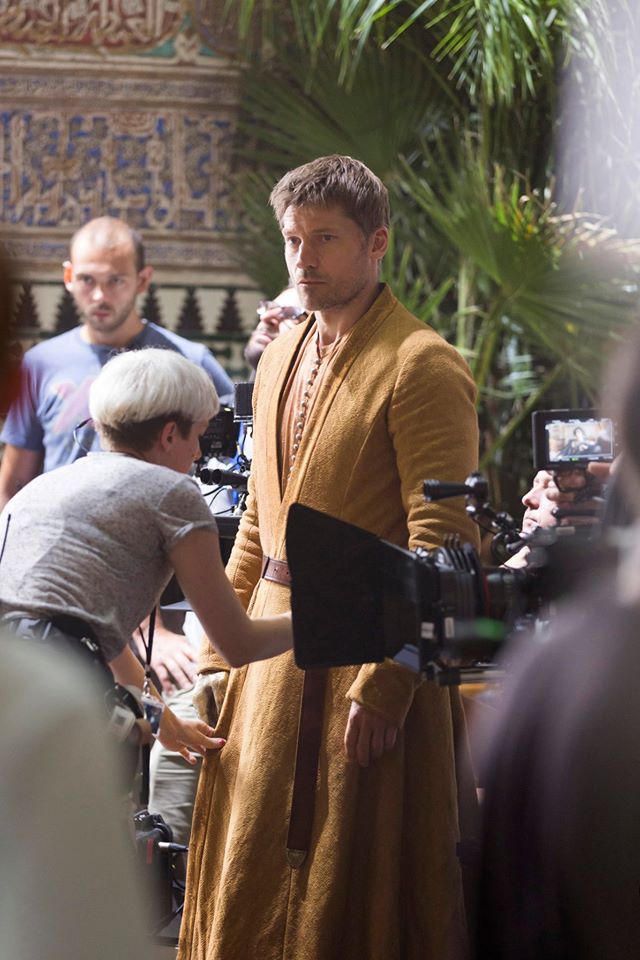 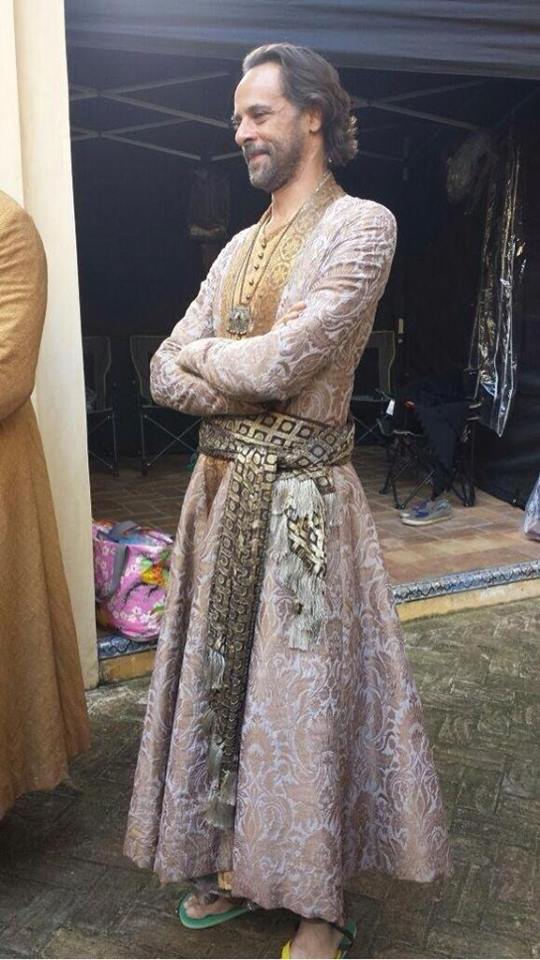 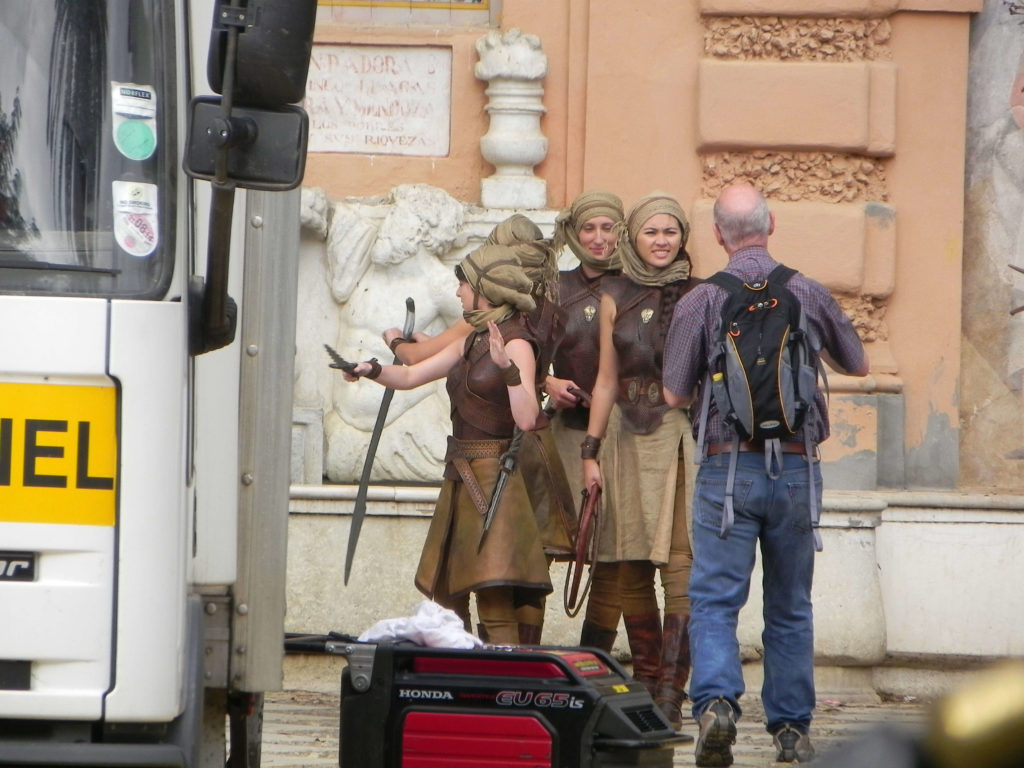 And his daughters, the Sand Snakes, who are currently learning to “float like a butterfly and stab with your chest plate.” 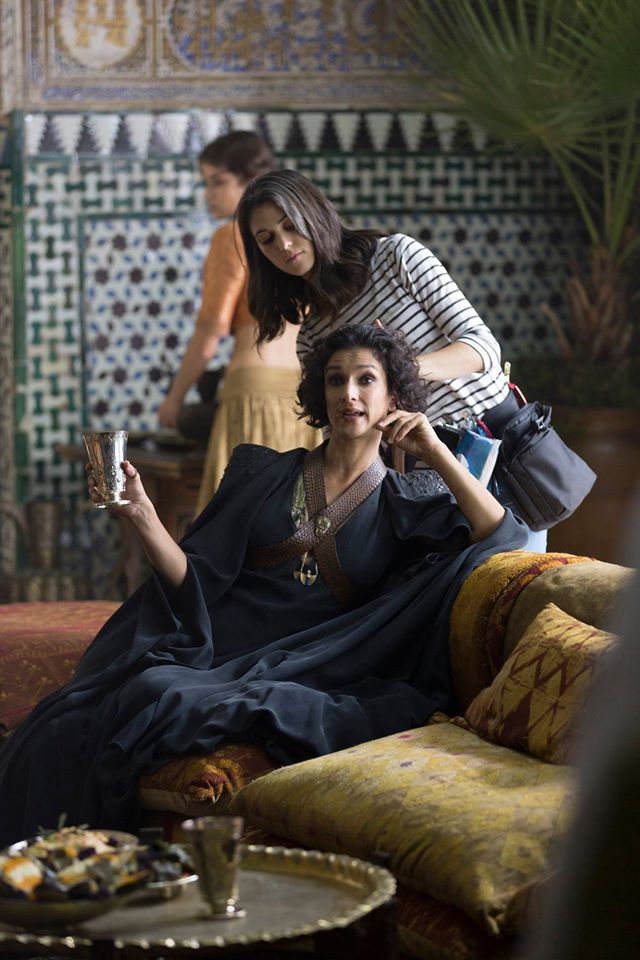 “Oh my god, Jaime, you think that I’m going to believe Oberyn would wear such a drab outfit without a single sun sigil….”

And in King’s Landing… 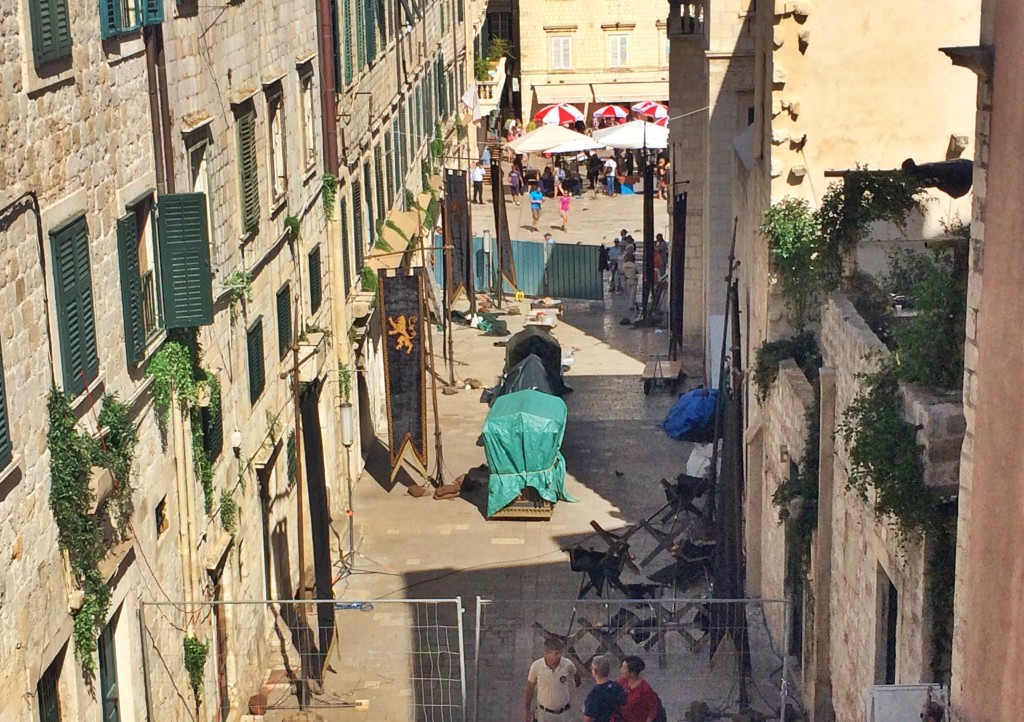 Garbage day is moved to Thursdays. 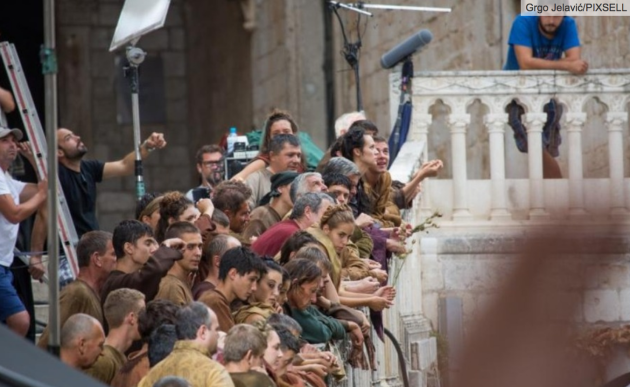 And the people are pissed.
“Thursday?! I’m supposed to keep my trash from all these weekend stabbings for the entire week before I can get rid of it? Do you even know how bad a bloody corpse smells after it’s been in the hot sun for days?”
(Spoiler alert: Everyone in this photo dies.) 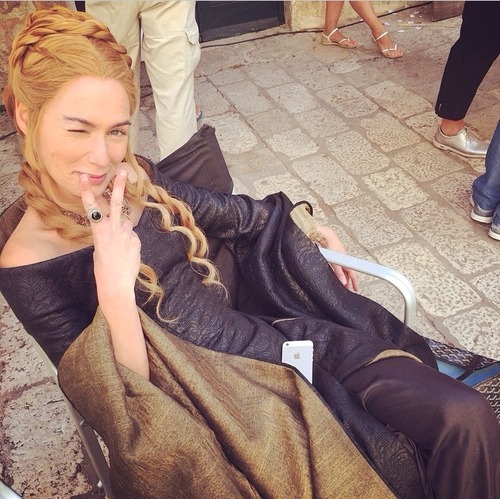 Then, we visit the home of our favorite bastard… 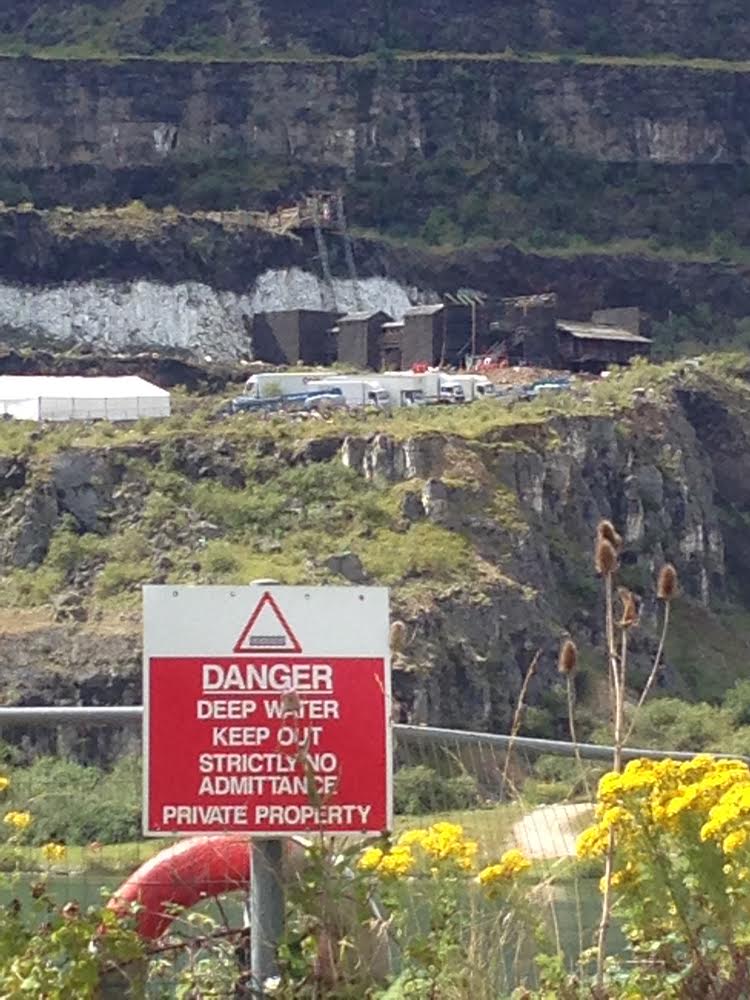 After the battle for Castle Black, the Wall becomes an even more dangerous place as it fills up with Jon Snow’s tears over Grenn’s death. Winter is Coming, and the men of the Night’s Watch are in danger of ice skating mishaps.
But then a hero appears to bring life back to the Night’s Watch… 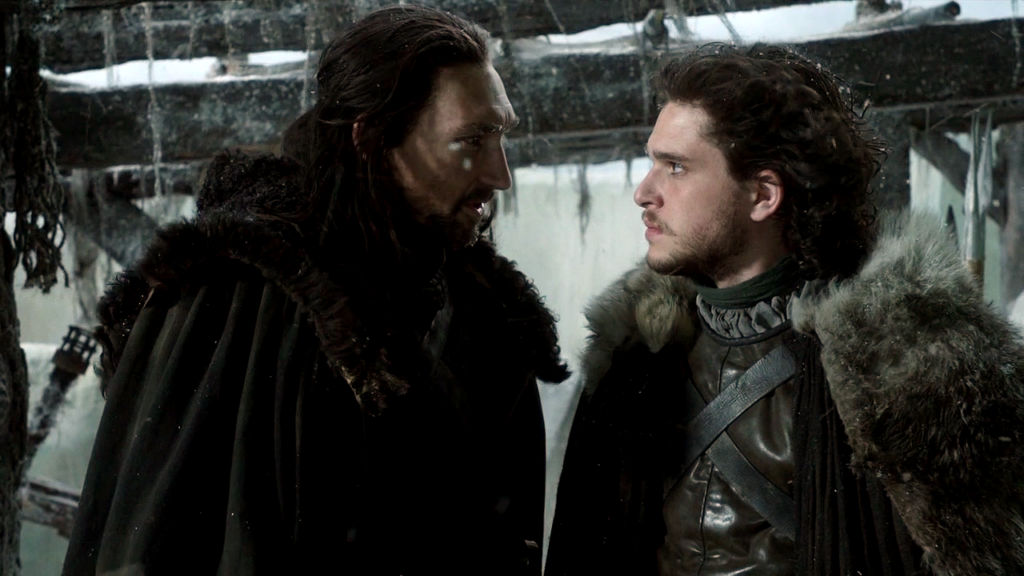 Across the Narrow Sea… 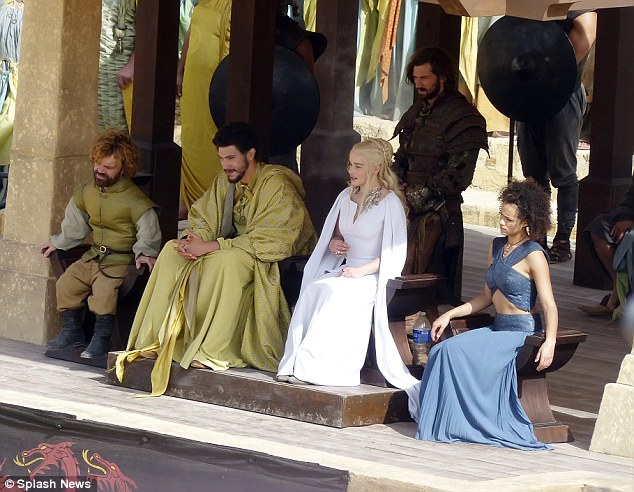 After all the murdering and mayhem, Tyrion travels to Meereen, hearing about its great vacation spots and acceptance of kin-slaying. There, he lets himself go to mirror Daario’s looks and woo Dany, thereby proving he’s the secret Targaryen of her heart. 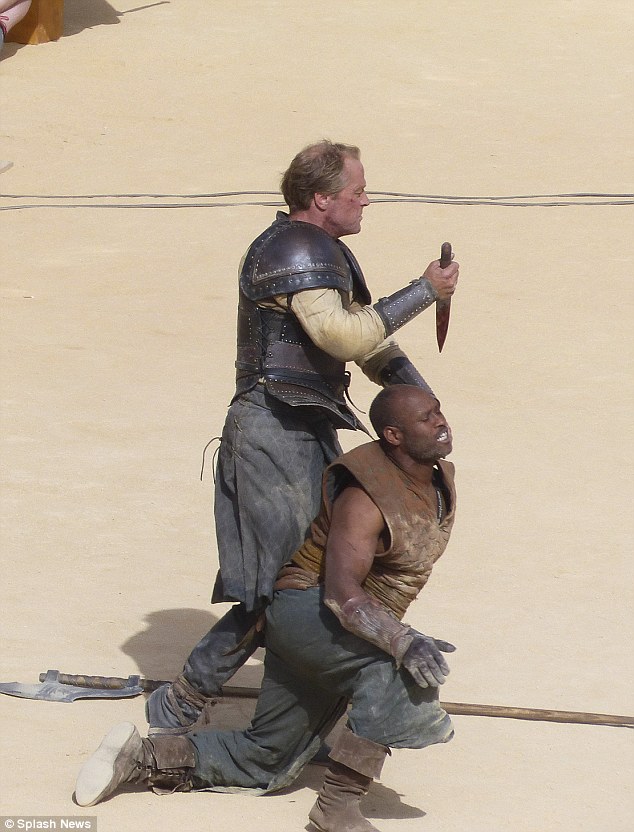 Jorah finds out about Tyrion’s affections and realizes he’s now seventh on Dany’s list of possible husbands, behind Hizdahr zo Loraq and a lock of Khal Drogo’s hair. He goes on a Cersei-esque killing spree, all the while shouting, “BUT I’M PRETTIER THAN BOOK JORAH!”

And that’s all we have for now, folks! But stay tuned because when you’re as obsessed as I am, Game of Thrones never truly ends. (Those aren’t words to live by, GRRM.) 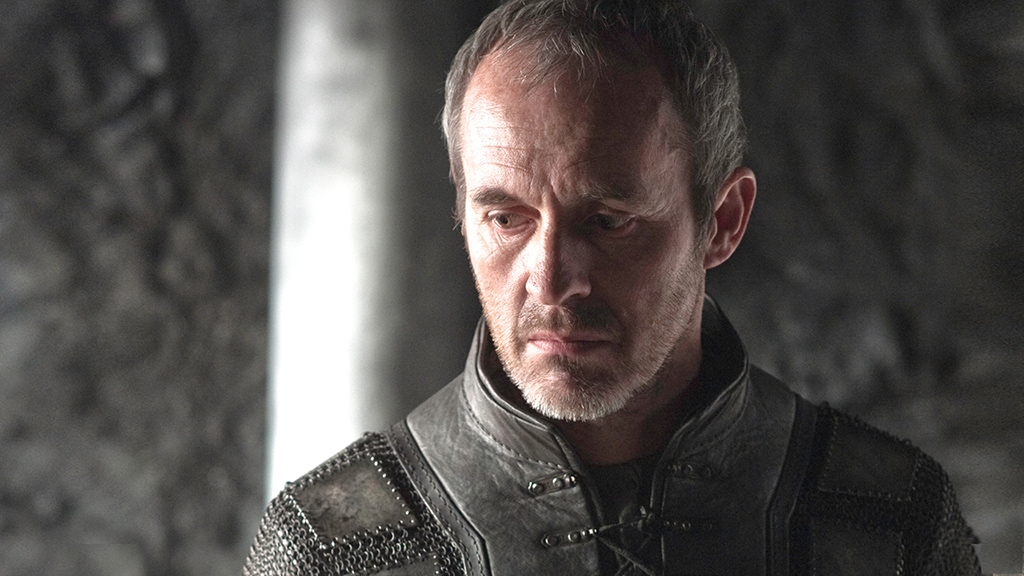