Telltale Games has made a name for themselves taking established intellectual properties, applying their signature style and churning out the gold standard for modern adventure games. Setting their sights on a smaller, lesser known franchise, we’re placed in the cowl of Batman in…wait for it… Batman: The Telltale Series. (Editor’s note: Have to give them credit on the clever title.)

But the real question is: is Batman: TTS ‘ first episode, “Realm of Shadows”, the adventure game that Batfans deserve or simply the game they need?

Upon loading the game, I was immediately struck by how perfect the Batman universe looks in Telltale’s art style. Not surprising considering that Telltale nails balancing being faithful to the source art while still being distinguishable as a Telltale game. The art direction feels like a greatest hits inspired mashup, taking a little bit of DC comics Batman, mixing in some The Animated Series Batman and topping it off with the tiniest bit of Nolan Trilogy Batman. The final result is a gorgeous, depressing looking Gotham, inhabited by interesting, recognizable characters and overseen by an intimidating, yet sleek, Batman. 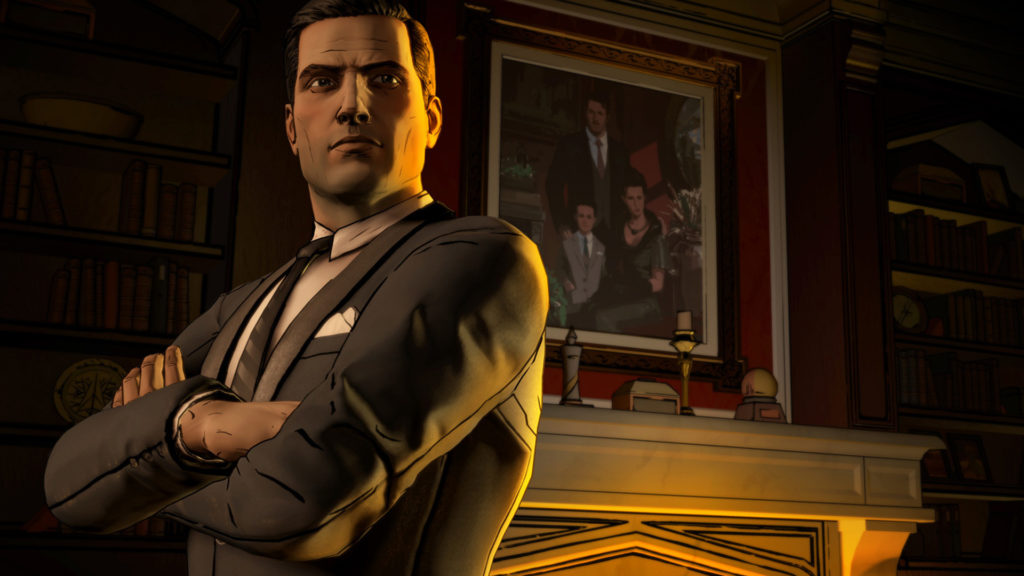 Since I brought it up, let’s talk about the individuals that inhabit the city of Gotham. Batman: TTS appears to be set early in Batman’s career and because of this we are meeting iconic characters before they’ve matured into the legends we know. Some are exactly as we expect them to be: James Gordan is an honest, hardworking cop but not yet commissioner; Carmine Falcone is a sleezy mobster; and Alfred is a loving, loyal and worried caretaker. However, some of these characters have a different spin on them, such as Oswald Cobblepot who is imagined as a slim soccer hooligan. Even with small changes here and there, I can’t imagine anyone being disappointed with how these iconic characters are portrayed.

While I was impressed with the handling of side characters, it was the way in which the Bats himself is handled that really blew me away. Telltale’s brand of adventure games rely on choice rather than puzzle solving, and I can only imagine it’s no small task making such a well-known character feel true while also giving players some creative liberties. Batman/Bruce at his base still feels like a broken, hurting man who is doing all he can for a city that seems to be taking one step forward and two steps back. What makes my Batman/Bruce different from anyone else’s is how I go about trying to improve the city. 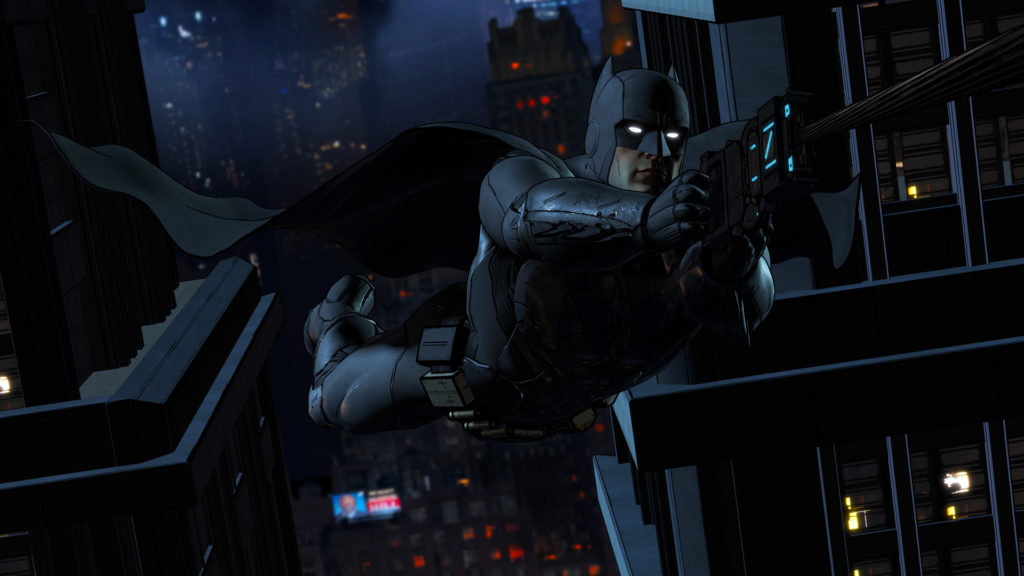 When encountering villains as Batman, I’m given the choice of intimidating or torturing to get the answers I seek. Do I handcuff the dirt bag that just shot at me or do I impale him on a lead pipe and leave him for the police to find? Batman: TTS never allows you to cross that traditional moral line of Batman’s, but it does allow you to get close. And then there’s Bruce. As Bruce Wayne do you smile and play nice trying to navigate the world of politics and public opinion? Do you act like a rich, playboy with a chip on your shoulder and give everyone attitude? Maybe you do neither or both, the choice is up to you.

Interesting characters are great but they mean nothing if the story surrounding them isn’t up to par. I can say personally as a fan of Batman and his rogues gallery, I’m really digging what has been presented in episode one. In traditional Telltale fashion, “Realm of Shadows” is used to introduce a lot of characters and set up what appears to be an interesting through line for the season. I don’t want to say much more considering the entire episode is around 2 hours but I like where it’s going. I will say, however, that the episode does suffer from one key annoyance: Bruce’s parents’ death is brought up constantly and without any real payoff. I have to imagine that anyone playing Batman: TTS is already familiar with the story of The Waynes and the Alley. Who knows if the hammering of this story is to set up something later in the season but in episode one, as a standalone, it feels unnecessary and ridiculous. 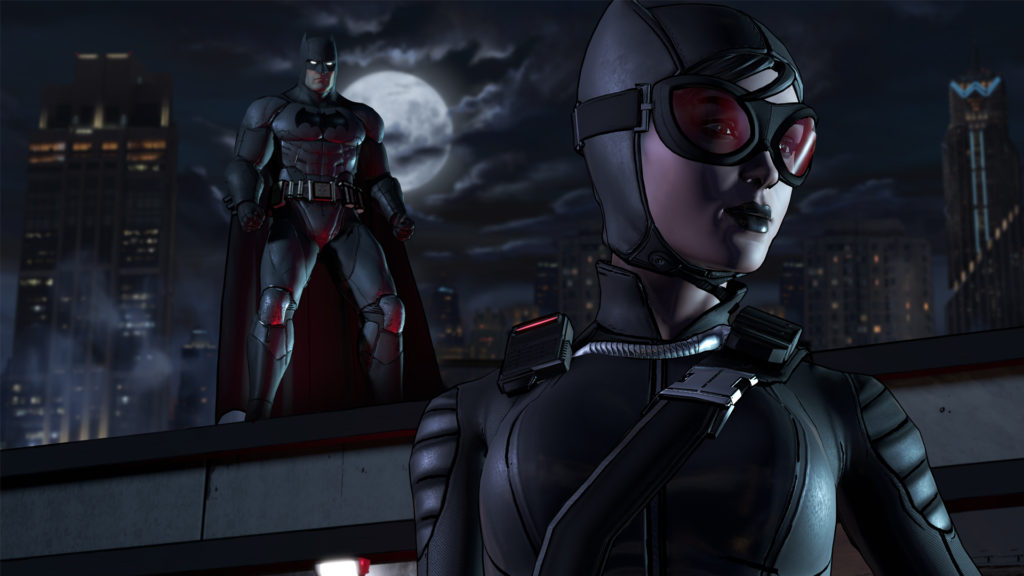 Now, like with all Telltale games, we must address the elephant in the room: the games performance. Telltale has made a big deal in the media about their updated games engine. I was excited by what they were saying because honestly the only improvement I’ve ever needed from Telltale games is for them to run smoothly with no audio bugs or game crashes. Unfortunately, it appears that the engine could use some more updates. There were no audio glitches or game crashes in the Xbox One version I played but I did find some jarring framerate issues during the early chapters of the episode. None of them are experience-ruining but they do put a damper on what is an otherwise fantastic experience and at this point, some 5 years after the release of The Walking Dead: Season One, it is unacceptable.

Batman: TTS is a fun, engaging and faithful experience. In many ways it reminds me of Batman himself; interesting, exciting, but oh so slightly broken. Performance issues aside, fans of either Batman or Telltale’s style of adventure games should find plenty to love here. Unlike Bruce, who’s capacity to love was gunned down in an alley way! (Editor’s note: Welp…that was a dark ending.)

Batman: A Telltale Series was played on the Xbox One.

@theworkprint
Follow
Previous article‘Dead of Summer’ Review: A Girl’s Guide to Becoming a Camp Director
Next article‘Dark Matter’ Review: “We Should Have Seen This Coming”

Leave a Reply to The Workprint on Facebook Cancel reply